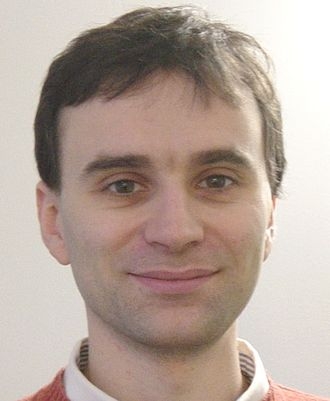 The European Commission lacks the staff to fulfill the eco-design directive, despite the huge potential it has for achieving significant carbon dioxide reductions, says Edouard Toulouse.

Edouard Toulouse is a specialist in eco-design and resource and energy efficiency for the European Environmental Citizens Organisation for Standardisation (ECOS). He represents groups like WWF, Friends of the Earth and Greenpeace in the European Commission’s consultations on the energy performance of products.

?How important is the eco-design directive in achieving energy savings?

The eco-design directive is really one of the silver bullets which can make really practical progress on energy savings issues. It was first when it came to energy savings and the reduction of CO2 emissions, but resource efficiency could also be considered under eco-design, because you could also set requirements on products related to the use of resources – such as their recyclability or the reusability.

The problem is that it is DG Enterprise and DG Energy that are responsible for this policy, but we need more involvement from other DGs. If you look at all the roadmaps and initiatives and policies in place, eco-design is really one of the few that can really deliver and that really has an impact on the market.

Just look at how many people are working on it from DG Environment – I know just one. That’s not enough. They need more people.

MEPs talk about eco-design as one of the most important tools available to achieve energy savings.

Yes, but it’s not enough just to mention it. It’s about how you can draft a requirement on a product to tackle resource efficiency. It’s not so easy. You need to have methodologies, you need to know how to measure the efficiency.

How long does it take to develop a methodology?

You have the preparatory study, which can be one to two years, because you have to look into a lot of things. You have to look at the market trends, the price of products, the technical analysis, the improvement potential, you need to know how much you can grasp through regulation. Then the Commission drafts a first working document, circulated to stakeholders for consultation. And then it’s supposed to be finalised and voted by member states.

And if you had more staff it would take less time?

Yes, it could. A study could be one year but less than that is difficult, because a study brings the expertise, which is key. But then the process after the study can really be shortened. Because, if the study has been done well, there should be obvious conclusions, and then the Commission can draft its regulation. It should be discussed, amended and voted. And that’s where sometimes we see delays of three or four years.

Is this directive popular amongst industry groups?

I don’t think you’ll find any industry sectors saying they are completely opposing policies such as the eco-design directive. Even manufacturers are not opposing the principle which is needed as it provides a level playing field.

One important reason is because manufacturers are scared of competing against low-cost products – such as those coming from Asia. They want to have a level playing field. They want every actor in the market, all the manufacturers to have to comply with the same rules. So that’s why they are not opposing the principle of EU regulation.

What they may oppose is the timing, or the level of ambition or the way the products are measured, which is part of the discussions we have on a daily basis. But I don’t think you will find any manufacturers opposing this kind of regulation.

I would say the industry is calling for long-term visibility. They want to know where they have to go and what the level of ambition in eco-design will be in a few years. That’s very important for them.

The European Commission needs to constantly consult experts from member states and from the industry. Shouldn’t these negotiations have a deadline?

Sure, one of the reasons for these delays [in implementing the eco-design directive on new product groups] is the lack of deadlines. There should be more people involved in the discussion, but with clear deadlines.

For the products that are today in the pipeline it is taking about three, four years to come to a conclusion.

We have often had several consultation meetings, one every year for the same product groups.

The worst example would be vacuum cleaners. We started the discussion in 2008 and then a year and a half later the Commission organised another consultation with a different draft.

I think the desk of the Commission had several groups of products to deal with. The person dealing with it for the Commission tried his best but it was not a priority, so one year was wasted. And then he came back with something quite different, which meant we had to re-discuss it. At that meeting, we highlighted some issues that were not even considered, so it’s really the worst example.

With vacuum cleaners, we know that the problem is that they are getting more and more powerful. This is accepted because of the way they are marketed, as there has been this message sent to consumers that the more powerful the vacuum cleaner is, the better it will clean – which is completely wrong. You have products consuming more and more without even increasing the cleaning efficiency.

We have to say “stop, we put a cap on power and we stop communicating to consumers wrong information about the power”.

That’s very easy. So why hasn’t it been done?

It’s because of all this lack of prioritisation – these problems of internal organisation of the Commission. That’s a pity.

What’s the capacity of the eco-design directive? Can it take under its wings resource efficiency and other measures that are not being implemented at the moment?

To be very honest, if the implementation process is not changed, it’s not possible. We already complain about the lack of resources, the delays, the backlog. It’s not credible enough.

Everybody is pointing at the eco-design directive…

Yes, but if they point at it and ask it to deliver more things without increasing the capacity and the staff, it will not work. It’s as simple as that.

And why are they pointing at it?

It’s a very good tool. As I said, it’s one of the silver bullets. You take a product. You say this is how a product should perform in five years or six years. And then manufacturers have to comply, they are obliged by law.

And it’s much easier to get it past member states, because it only has to go through national experts?

Yes, and when it’s implemented, it applies EU-wide. You don’t have different rules from one member state to another. So it’s decided here and then it’s implemented across [the EU] and also what’s very interesting is that you can really assess how much energy savings or CO2 savings you can trigger with this.

By tackling heating and all the electricity used in a product, you can influence half of the EU’s CO2 emissions.

That’s really the key. And that’s why others say, if it’s a good instrument then it should also cope with resource efficiency, to cope with other products.

However, in order to do that, they must put the necessary resources in.

Of course, they will complain. They will say it’s difficult to put more resources in this financially hard period. But if they do it, it will be very successful.

If you look at how much it costs the Commission to pay the desk officers in charge of it, and if you look at how many savings can be triggered on the citizens’ energy bills, the cost-benefit ratio is 5,000. So every €1 spent by the EU on this policy triggers €5,000 in energy savings benefits for the consumer.

I’ve never seen any other EU policy with a cost-benefit ratio of one to 5,000. Even if they increase the  staffing, we still remain a very cost beneficial policy.