EXCLUSIVE/ Energy guru Igor Yusufov shared his views with EURACTIV.com on the first bilateral meeting between Russian President Vladimir Putin and his US President Donald Trump at the G20 summit, as well as on the global gas and oil business.

Igor Yusufov has more than 30 years’ experience in the oil and gas industries. In 2001–2004 Mr Yusufov served as minister of energy for the Russian Federation. In 2011 Mr Yusufov started private investment activity through Fund Energy, which he founded. Fund Energy was recently renamed ‘Energy’.

What was discussed between presidents Putin and Trump, according to your information, in terms of energy challenges?

“Politics is the most concentrated expression of the economy.” That’s what the leader of the Russian Revolution Vladimir Lenin wrote more than a hundred years ago. And although he is not the most popular author now, I believe that with regard to the evaluation of what seems to be a purely political discussion, his quote is absolutely appropriate.

You could object to me: neither Foreign Minister Sergei Lavrov nor Secretary of State Rex Tillerson has mentioned an energy agenda for this first full-time meeting between the US and Russian presidents. But the gist of the matter is that the close acquaintance and the first talks of the presidents of the two energy superpowers have set a constructive tone for solving the most important problems facing Russia and the United States in the field of the economy in general and energy in particular.

At the same time, we should bear in mind that in addition to the energy agenda of the bilateral dialogue, in which I was directly involved in the early 2000s as Russian energy minister, the energy component is visibly or invisibly present both in the Syrian problem and in the Ukrainian one. And the inexplicable fabrications about the alleged involvement of Russia in the pre-election campaign in the United States affect the energy industry in the most direct way: after all, they became one of the reasons for the next sanction hysteria, because of which ExxonMobil, in particular, cannot resume mutually beneficial cooperation with the leading Russian Oil and gas company Rosneft.

President Trump made it clear in Warsaw that he wants the US to sell LNG in Europe, one of the aims being to take some of Russia’s market share. But Russia says its gas is cheaper. Does it mean Russia disregards potential US competition?

We respectfully acknowledge the US president’s stated intention to export liquefied natural gas to Poland and, possibly, through a gas hub, to neighbouring countries. The same was said by Polish President Andrzej Duda after Poland signed a contract for a one-time delivery of LNG, the contract volumes were not specified. Poland annually consumes about 15 billion cubic meters (bcm) of gas, of which 10 bcm are currently supplied by Gazprom. In 2015, in the city of Świnoujście, an LNG terminal with a capacity of 5 bcm per year was launched. In June 2016, the Polish government announced plans that the LNG terminal, as well as a gas pipeline that would connect Poland with the Norwegian shelf, would ensure Poland’s independence from gas supplies “from the East” by 2022.

Meanwhile, it is necessary to once again carefully consider the economic aspect of supplies of American LNG to Europe. Of course, the diversification of such supplies, envisaged by all EU directives, is ideologically understandable. But, based on the calculations of the experts of the Energy Corporation that I lead [former Fund Energy, www.fundenergy.ru], I want to assume that the US is taking the path of a very risky financial competition with Russia. After all, our gas does not need to be liquefied and then de-liquefied, and it comes in the cheapest mode of transport – a pipeline.

I am convinced that the US intention to start direct deliveries of LNG to Poland and the countries of Central Europe does not mark either the beginning of a trade war or the appearance of a new factor in the potential aggravation of Russian-American relations. Let me remind you that President Vladimir Putin, at a press conference following the results of the G20 summit in Hamburg, qualified such statements as an expression of “healthy competition that benefits everyone”. Thus, the head of the Russian state emphasised our support for the idea of an open market, including the energy market, and shared the US commitment to “open and fair competition”. This position, in particular, was repeated during the discussion at the G20 session by US President Donald Trump.

Already in the course of two US-Russia energy summits in 2002 and 2003, experts and business representatives of the two countries proceeded from the assumption that the supply of gas and oil from the United States, which in those years was considered in purely theoretical terms, could only make sense if they were coordinated with traditional suppliers, among which Russia occupied and occupies a key place. I am convinced that such consultations, in which all traditional suppliers can be involved, could help establish long-term stability in the energy markets.

So Russia has nothing to fear in connection with the widely announced US plans. Our country has always been a conscientious and scrupulously punctual gas supplier to European markets, which, of course, does not exclude the appearance of such alternative supply routes. We are for healthy and politically unmotivated competition.

The Nord Stream 2 project is an obvious example of where the interests of Russia and the US clash. What do you think the modus vivendi should be?

Allow me to quote in this regard President Putin who, at the press conference I mentioned in Hamburg, noted that Russia “can and should use its competitive advantages in fair and honest competition” in the hydrocarbon trade, and these advantages will be confirmed and will materialise as a result of the success of Nord Stream 2. I fully agree with this opinion, especially since the supply through this pipeline is also likely to be much cheaper than the gas that will twice undergo an expensive technological liquefaction-recovery procedure, and moreover, will also be transported across the ocean. 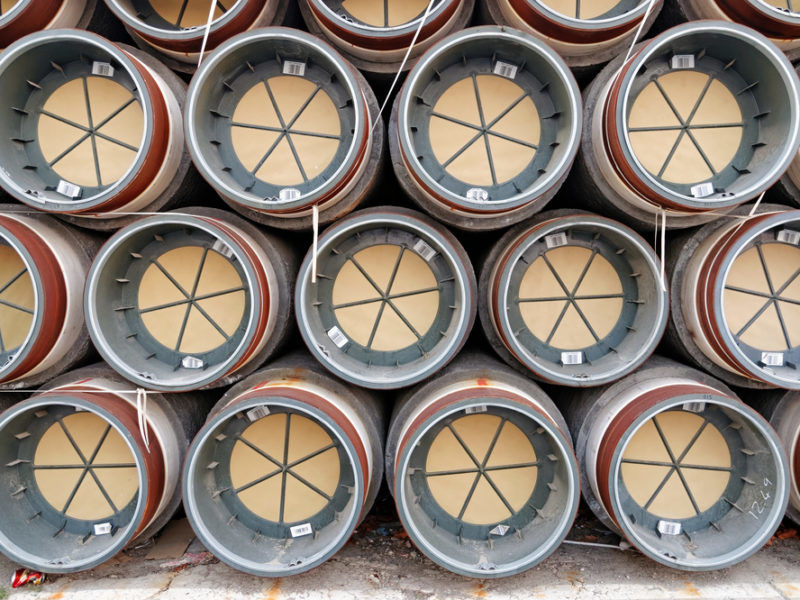 Russia will soon host [on 24 July in St. Petersburg] a meeting of OPEC and non-OPEC nations.  The goal is clearly the support of oil prices, but how do you think it can be achieved? [Six ministers from OPEC and non-OPEC nations including Kuwait, Venezuela, Algeria, Saudi Arabia, Russia and Oman will meet discuss the current situation in the oil market look for ways to cap rising production to help support oil prices.]

An important new aspect of the next meeting of the Joint Ministerial Monitoring Committee to oversee compliance with the reduction of crude oil production, which will be held in St. Petersburg on 24 July, will be an invitation to two countries – Libya and Nigeria, to participate in voluntary capping. [Both Nigeria and Libya were given exemptions to the supply cut, under which OPEC, Russia and other non-OPEC producers are voluntarily reducing their output.]

Experts from Corporation Energy noted the immediate reaction of the markets: world oil prices rose immediately after this OPEC message. The reason is obvious: for example, in recent months the volume of daily oil production in Libya for the first time in 4 years has exceeded 1 million barrels, whereas in early 2017 this country produced no more than 690,000 barrels of oil per day.

The reaction of the exchanges, in our opinion, means that the market has believed in the possibility of expanding the regime for capping oil production. As a person who stood at the origins of the design and implementation of the first such capping, agreed at the 177th OPEC session in 2001, I affirm that the potential expansion of the number of countries in the OPEC + deal is extremely important, since only by collective efforts of large oil producers it is possible to convert such cuts into a constantly operating market instrument for maintaining price stability.

And if we take into account the reports of the expert centres, some of whom assess the implementation of the OPEC reduction regime, for example, in May by as much as 106%, then we undoubtedly have reason for some optimism.

Let me remind you that based on the first experience gained in 2001, on 30 November 2016, at the OPEC summit, a decision was taken to reduce the cartel’s oil production to 1.2 million barrels per day, with specified quotas for each of the countries. Later, 11 other independent producers joined the deal. The total agreement provides for the reduction of oil production by 1.758 million barrels per day from the October level, starting from January 2017. On 24-25 May 2017, OPEC countries and independent oil producers met, and the parties agreed to extend the agreement for another nine months, until the end of the first quarter of 2018, on current terms.

There are different views as to the future of the OPEC + process. For example, the Minister of Oil of Iran, Bijan Namdar Zangane, whom I know since I was Minister of Energy of Russia, does not exclude the extension of oil production capping after March 2018. In turn, the Minister of Energy, Industry and Mineral Resources of Saudi Arabia Khaled al-Faleh believes that OPEC and independent parties to the deal may consider increasing quotas at a regular meeting in Vienna on 30 November.

My opinion, based on the calculations of the experts from Corporation Energy, is as follows: the prospects for further oil production cuts, including those involving Libya and Nigeria, in the long term, depend on the willingness of the US to enter into a dialogue with Russia and other major producers as well as consumers in Europe and Asia. Having established such a dialogue following the example of formats already existing within the framework of the bilateral energy dialogue, oil producers could outline the prospects for establishing and maintaining fair prices for oil both for them and for consumers. Another direction of this broad dialogue, advocated by the analysts of Energy Corporation, will be the geography of oil supplies, which will be called upon first to cover regions that are characterised by increased indices of industrial growth.

The first meeting of Presidents Putin and Trump took place in this context not just as the acquaintance of the leaders of the energy superpowers. This meeting laid the practice of constructive dialogue on a wide range of issues, in which energy will definitely be part of the next round of consultations. And Energy Corporation, until recently known in the world as Fund Energy, is ready to make its expert and organisational contribution to this crucial dialogue by all means.

A two-day summit ended in Brussels today (21 March), with EU leaders tasking the European Commission to come up with a plan for decreasing energy dependence, primarily from Russia.