MEPs say there is too much focus on costs related to energy efficiency, and not enough on how it can benefit the economy and create jobs. [Arild Storaas / Flickr]

Bendt Bendtsen is a Danish conservative MEP (EPP) and the rapporteur for the Energy performance of buildings directive in the European Parliament. Morten Helveg Petersen (ALDE, Denmark) and Florent Marcellesi (Greens/EFA, Spain) are shadow rapporteurs.

They spoke to EURACTIV’s Eric Drosin.

If energy efficiency is such low-hanging fruit, why hasn’t it been plucked yet?

[Bendtsen]: Many people and politicians in particular have made a connection between energy efficiency and lower production. But this doesn’t have to be correct: it’s about smarter production, not lower levels of production.

[Petersen]: This is a key question! Energy efficiency seems to solve so much simultaneously and is obviously the thing to do… and yet: there’s resistance in member states despite the fact it stimulates the economy and creates jobs and benefits. We need ambitious policies and targets to push this issue. Currently, energy efficiency is not high enough on the agenda and there’s too much focus on spending and costs, and not enough on how it can benefit the economy, create jobs and help us meet our climate goals.

Existing barriers are not necessarily economic barriers. Bendtsen has shared his experience with us, where it was key to mobilise all stakeholders from investors to construction industry, from policy to civil society, from house owners to mortgage federations, in order to achieve a common vision, a societal consensus to create the necessary platform to make large scale building renovations happen. 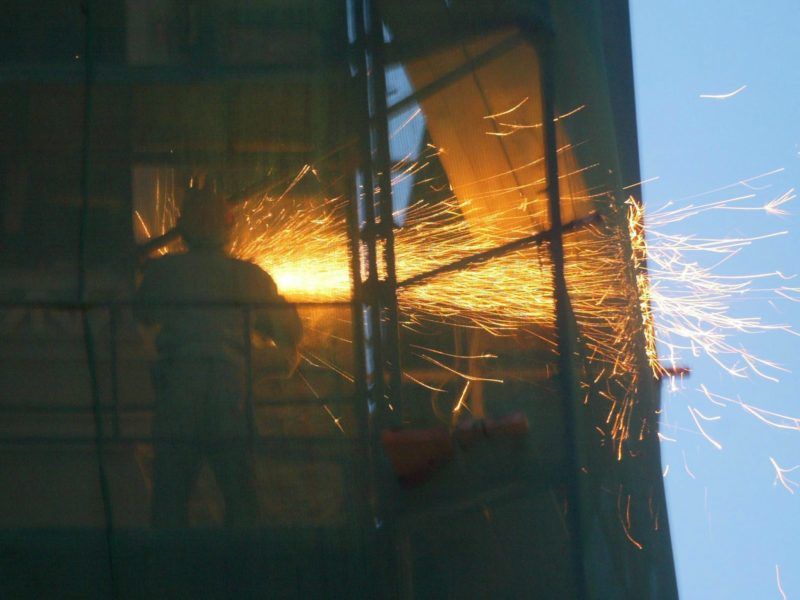 The renovation of the EU’s building stock is seen as critical in achieving the bloc’s climate change targets. Ahead of the revision of key EU legislation in the sector, EURACTIV takes a hard look at what’s on the table, the challenges ahead and how they can be addressed.

What specific factors have prevented EU member states from taking decisive action on energy efficiency? How has this impacted the stakeholders concerned (industry; civil society; policy-makers)?

[Petersen]: In my home country, Denmark, we’ve seen the obvious benefits of energy efficiency for companies and citizens. So I’m really puzzled as to resistance in other countries. The reality is that energy efficiency isn’t sexy and we need for it to be on the agenda and visible. Also, it’s very much a bottom-up exercise which means it’s not easy to see like, say, wind turbines or solar farms. The logistics involved are also consequential.

[Marcellesi]: One aspect is certainly the difficulty for the energy sector to evolve from producing energy to selling energy services. It is clear that companies which embrace the possibility to assist consumers in becoming more active in the energy system, also embrace increased energy efficiency targets. The relevant long-term policy framework has to be in place to allow companies to evolve in that way. Another aspect is the necessary societal consensus, as explained above, as well as well-designed measures. Here, energy efficiency obligations have proven to be the most effective tool. 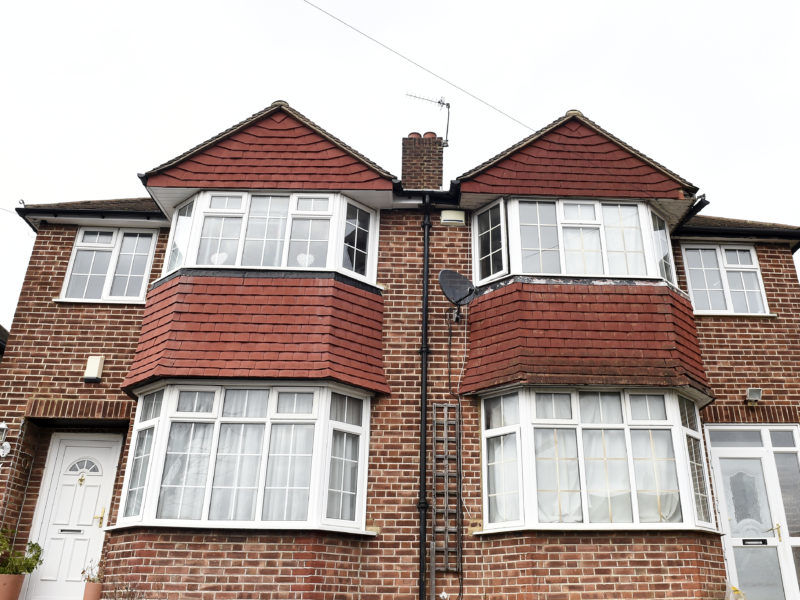 What is the link between healthy buildings and the quest for energy efficiency?

[Petersen]: Overall, buildings consume so much energy that it’s unavoidable to have policies for them. We have to address the building issue; it’s not sexy but it’s bloody important! member states may be sceptical on this, which is why we need to push.

[Marcellesi]: Let’s make first the link between healthy people and energy efficiency. Due to energy poverty, in Spain alone more than 3.3 million households cannot keep their home at an adequate comfort level in winter and about 4.5 million have problems with overheated homes in summer.

According to a WHO report, the elderly especially suffer from early mortality in poorly insulated homes, a phenomenon reinforced by heat waves. If buildings were better insulated and hence had a higher energy performance, people would be able to keep adequate temperature levels in their homes and would also spent less money on heating and cooling costs, therefore being lifted out of energy poverty.

Why are healthy buildings important to the EU and its citizens? What benefits can they deliver?

[Bendtsen]: Healthier buildings will give healthier indoor climates for people; and what makes them healthier also makes them more productive! And this includes productivity in schools too.

[Petersen]: It was new to me that so many health issues were related to indoor air quality. I hadn’t realised that indoor health has such implications on productivity and well-being. Again, this is why being ambitious with our policies and our targets is so important and necessary.

[Marcellesi]: In healthy buildings, adequate ventilation and lightening make sure that people live in an environment that allows them to stay healthy. If less energy is used to bring about adequate comfort levels, ventilation and lightening rates in buildings, energy savings materialise. There is a link between health and performance in homes, hospitals and schools. Poorly insulated and damp buildings can lead to mould, which lead to respiratory diseases such as asthma, and allergic health effects. Natural light has a fundamental impact on our hormone and vitamin balance.

Air quality in general is also an important point: In a large number of member states, heating with solid fuels such as coal or wood is still wide-spread, leading to the release of a high number of emission pollutants. Finally, we cannot forget that healthy buildings include also that they are build from healthy, sustainable, durable, repairable and recyclable materials, that are sane and safe for the people. 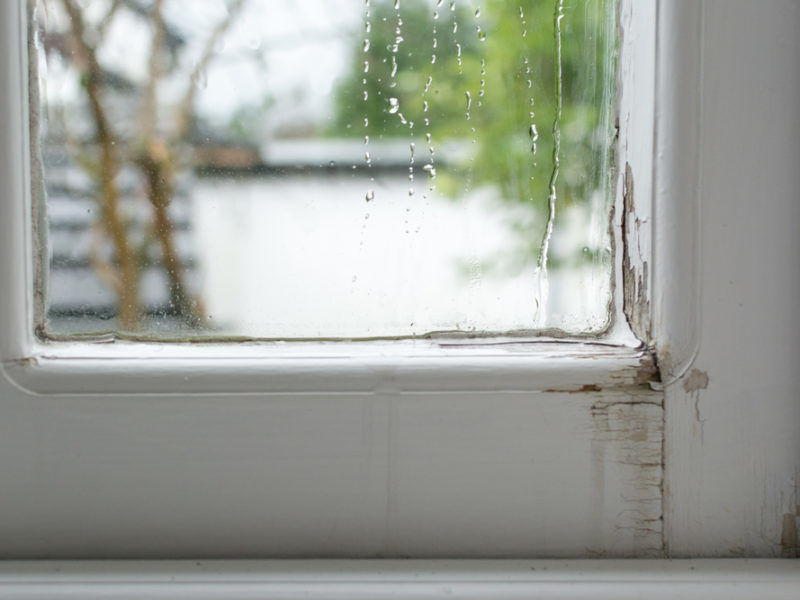 What do you see as priorities in creating healthy buildings? How will this be financed?

[Marcellesi]: Financial actors keep telling us, that there is not a lack of financial resources or instruments to trigger the necessary renovations of our homes. Ambition and long-term strategy are key. An investment in buildings makes sense, as it brings down energy bills, increases energy security through reduced imports, fights fuel poverty, creates local green jobs, increases the competitiveness of our industry, increases comfort levels in houses with the associated health benefits and contributes to achieve our climate targets.

In our renovations, we have to take a holistic, integrated approach. For healthy buildings, all factors such as insulation, replacement of windows, ventilation, as well as the interaction of the building in its neighbourhood (the energy system, the mobility system, etc.) must be seen together. That is why we favour the approach of deep, or staged deep renovations, which apply this approach.

EU energy ministers appear to be diluting energy efficiency targets, following an informal energy council meeting in Malta in May. What is your response?

[Bendtsen]: When I hear about what’s coming out from member state meetings it’s clear there’s an attempt to water things down! The current draft of the EPBD from our side in Parliament will ensure lower energy bills and healthier buildings. It will also create more blue- and white-collar jobs.

We have to deliver with the EPBD, as buildings play such a big role. It’s not just a public investment: we have to make the private business case too. The EPBD draft makes things more concrete to stimulate more long-term renovation rates using clear milestones. It also acknowledges the differences between member states, given what works in one country may not be adapted to another.

[Petersen]: I’m really saddened to hear this, particularly when we see certain member states invoking the subsidiarity argument to avoid taking action. Any weakening of EU energy efficiency targets really does make me sad given they feed into the Paris Agreement and EU goals. This is why we need ambitious targets and policies on energy efficiency in place. The opportunities are big, the benefits are big and there is potential to create millions of jobs.

[Marcellesi]: It seems that even though the Malta presidency had indeed gone far on diluting targets to accommodate requests from some member states, the meeting ended without conclusions, as other countries want to show more ambition.

The level of ambition is not sufficient. A 30% energy efficiency target means business as usual, 40% means reaping cost effective potential and associated benefits on job creation, energy poverty and health. It actually triggers the necessary investments. If we shy away from ambition, we slow down the development on investments, and we put several sectors and associated jobs at risk, leave our citizens in energy poverty situations empty-handed and don’t live up to the commitments we have taken in Paris.