10 EU countries warn against watering down ambition in climate legislation 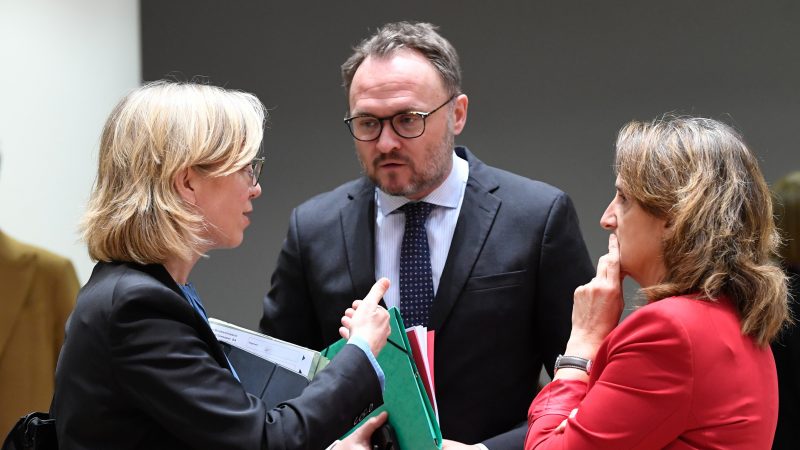 Climate ministers from ten EU countries have called on their fellow countries and the European Parliament not to lower the ambition of new climate legislation and to ensure that the overall package aims at reducing net emissions by at least 55% by 2030.

“We are looking with rising concern at the different calls to water down ambition across the files in the package – and the direction of travel of negotiations in this regard – in both the Council and in the European Parliament – and the concessions made in the context of finding compromises,” the joint statement said.

Signed by the climate ministers of Austria, Germany, Denmark, Spain, Finland, Ireland, Luxembourg, the Netherlands, Sweden, and Slovenia, the statement affirms the French EU Council presidency’s urgency to reach an agreement between EU countries, but insists that the main priority should be to “swiftly implement the EU’s 2030 climate target”.

“The Fit for 55 package is not only key to delivering on our commitment to future generations, but also accelerates the leap towards an independent, sustainable, reliable and affordable EU energy supply,” said the Dutch climate and energy minister Rob Jetten, who was one of the signatories.

“We therefore call on all member states to put maximum effort into reaching an agreement on the Fit for 55 package before the summer,” he added.

The ministers, who represent more than a third of the 27 EU countries, make it clear that every EU country and the European Parliament signed up to the legally binding emissions reduction target and this now needs to be underpinned by legislation.

“An ambitious agreement is key to making the EU fit for energy independence of Russian fossil fuels and the only way we can address the climate crisis and ensure a clean, reliable and cheap independent EU energy supply for the future,” the ministers wrote.

Their statement comes ahead of two meetings of EU energy and environment ministers in Luxembourg at the end of June, where they will attempt to push on with – and possibly finalise parts of – the Fit for 55 package of climate legislation.

It also follows the European Parliament failing to come to an agreement on a reform of the EU’s emissions trading scheme, something parliamentary lawmakers hope to fix next week.

There are concerns that concessions being made on individual pieces of legislation to reach an agreement could mean the overall ambition of the package falls short and that the EU misses its 2030 climate goal.

“The lowest common denominator seems to determine the approach of the Council and that’s not a good sign for the climate or energy independence,” an EU diplomat told EURACTIV.

This concern is spread across many, if not all, of the files, including the emissions trading scheme, the regulation on land use and forestry and the legislation covering transport.

“Seen in isolation, these changes might seem justified or limited in impact, but adding them all up, we risk missing the mark by 2030 and setting us on an impossible trajectory thereafter, which will have [a] detrimental impact on the climate,” the ministers warned.

In their statement, they urged decision-makers in the European Parliament and EU governments as well as the European Commission “not to let the sense of urgency or the current situation overshadow our climate commitments”.

The Fit for 55 climate package was tabled in July to bring the EU in line with its goal of reducing net emissions by 55% by 2030 and reaching net zero emissions by 2050.

Since it was proposed, energy prices have skyrocketed and Russia’s invasion of Ukraine has caused drastic changes in the political landscape.

But any decision on the package must still add up to a net emissions reduction of at least 55% by 2030, according to the ministers.

“Let’s make this one right and fight the temptation to let short-term motives stand in our way of taking the right long-term decisions. For the sake of climate protection, a cost-effective transition for our citizens and businesses as well as energy security,” they concluded.