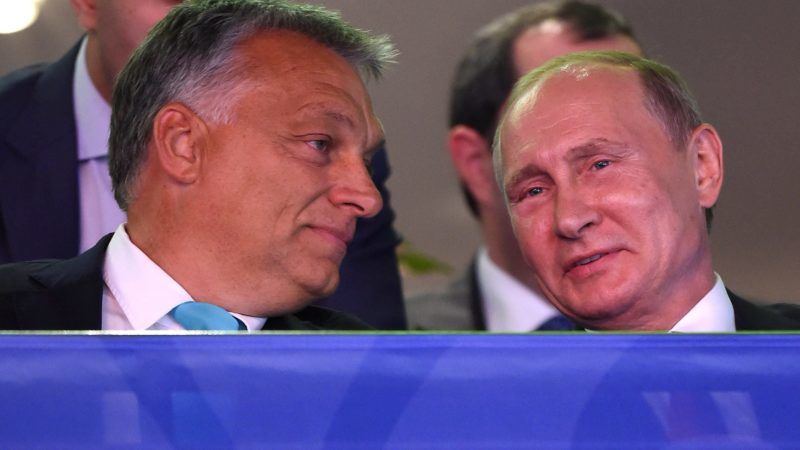 Building work on two new reactors at the Paks facility outside Budapest had been delayed as the EU examined the project’s legality but “now nothing can stop the construction”, said Peter Szijjarto according to the Hungarian news agency MTI.

After closed-doors talks between Orbán and Putin on the sidelines of the World Judo Championships in Budapest, Szijjarto told reporters that work will begin in January.

There are players in the game who are ready to take the Pak II case to the European Court of Justice – and I am one of them, Benedek Jávor told EURACTIV Czech Republic.

The €10 billion expansion will be mostly carried out by Moscow’s state-owned Rosatom and is to be financed largely with a Russian loan according to a deal signed by the two leaders in 2014.

The two 1,200 megawatt reactors at the plant in Paks, 100 kilometres south of Budapest, will more than double its capacity.

Built with Soviet-era technology in the 1980s during Hungary’s communist period, the plant is the sole nuclear facility in the EU member state, and currently provides around 40% of its electricity needs.

Visiting Orbán in Budapest for the second time this year, Putin, also an honorary president of the International Judo Federation, has hailed Hungary, which is also heavily dependent on Russian gas, as an “important and reliable partner for Russia in Europe”.

The project has been criticised by anti-nuclear Austria which neighbours Hungary and has threatened to take the case to the European Court of Justice in Strasbourg.

The European Commission approved the Paks expansion project last March after judging that it met EU rules on state aid “on the basis of commitments made by Hungary to limit distortions of competition”.

Brussels also dropped an infringement case after Hungary awarded the contract to Rosatom without holding an open tender.

EU authorities were under pressure to take a close look at the deal amid fears the Kremlin was using it to meddle further with the bloc’s sensitive energy sector.

The Hungarian parliament voted to keep the details of the deal secret for 30 years, something Orbán’s ruling Fidesz party said was needed for “national security reasons” but which critics said could shield corruption.

Several small anti-Putin protests were held on Monday by Hungarian opposition parties who slammed Orbán for his cosiness to the Russian leader.

Pledging to scrap the Paks deal if it came to power, the leader of the centrist Momentum party told protesters that “we won’t let (Hungary) be chained to Russia for decades by secret deals”.