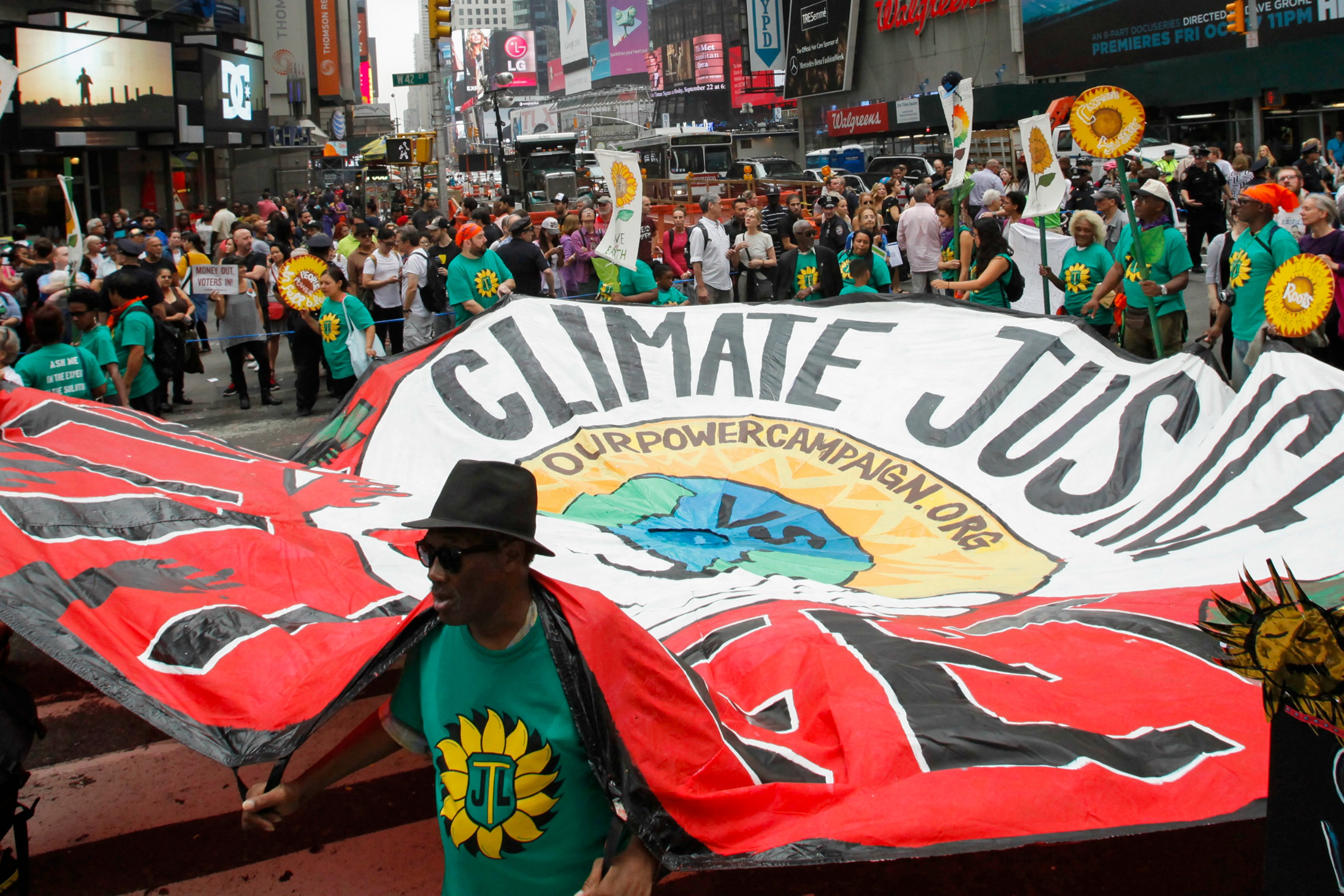 An international day of action on climate change brought hundreds of thousands of people onto the streets of New York City yesterday (21 September), exceeding organizers’ hopes for the largest protest on the issue in history.

Organizers estimated that some 310,000 people, including United Nations Secretary-General Ban Ki-moon, former US Vice President Al Gore, actor Leonardo DiCaprio and elected officials from the United States and abroad joined the People’s Climate March, ahead of Tuesday’s UN-hosted summit in the city to discuss reducing carbon emissions that threaten the environment.

The New York rally, the largest single protest ever held on the topic of climate change, followed similar events in 166 countries including Britain, France, Afghanistan and Bulgaria.

“The march numbers are beating our wildest expectations,” said Ricken Patel, executive director of activist group Avaaz, which organized the protest. “In 2,500 marches from Paris to Bogota, we’ve blown past expected numbers. Climate change is not a green issue anymore, it’s an everybody issue.”

The march wound down at 6:30 p.m. (22.30 GMT) and cleaning crews moved in as police reopened the street to traffic. A few handfuls of people remained on sidewalks, singing and chanting in the evening, but most participants were headed home.

A New York Police Department spokesman said there were no arrests or incidents during the demonstration. The police department does not provide crowd size estimates.

Organizers said another 270,000 people had participated in related events outside New York.

During the demonstration the crowd, including US senators Bernard Sanders, a socialist from Vermont, and Democrat Sheldon Whitehouse of Rhode Island, marched along the city’s Central Park, through midtown Manhattan to Times Square and stopped for a moment of silence at 12:58 p.m. (16.58 GMT).

“This is the planet where our subsequent generations will live,” Ban told reporters. “There is no ‘Plan B,’ because we do not have ‘Planet B.'”

The march resounding with drums, horns and chants that had echoed off skyscrapers easily dwarfed the raucous 2009 demonstration on climate change in Copenhagen, which drew tens of thousands of people that resulted in the detention of 2,000 protesters.

The march comes days after the US National Oceanic and Atmospheric Administration reported that August 2014 was the warmest on record, some 0.75 C above the 20th century global average of 15.6 C.

New York City Mayor Bill de Blasio on Sunday unveiled a new plan for the city to reduce its greenhouse gas emissions by 80% from 2005 levels by 2050.

All 3,000 major city-owned buildings would be retrofitted with energy saving heating, cooling and light systems by then, he said, though meeting the commitment will also require significant investments by private landlords.

Leonardo DiCaprio marched towards the front of the group, with members of an Ecuadorean tribe who have fought a years-long legal battle with Chevron Corp over Amazon pollution.

“This is the most important issue of our time,” DiCaprio said. “I’m incredibly proud to be here.”