There has been much focus on how fossil fuels are contributing to climate change, but the reverse is also true, said delegates at the EU’s Sustainable Energy Week in Brussels.

Andrew Prag, head of the environment and climate change unit at the International Energy Agency, said oil and gas pipeline infrastructure will be vulnerable to changing weather patterns caused by a warming climate.

“Pipelines, particularly in northern permafrost areas, will be vulnerable,” he told attendees at a Brussels debate on Tuesday, focused on preparing the European energy system for the impacts of climate change.

It isn’t just pipelines that will be at risk. Water scarcity caused by climate change will also be a problem for the extraction process, notably for hydraulic fracturing (fracking), Prag added.

If Europe increases its imports of LNG to make up for phasing out other fossil fuels, the vulnerability of port infrastructure will become a particular concern, said Megan Richards, director for energy policy at the European Commission.

“If there is a reduction, as we hope, of coal, and that’s substituted by LNG, that will be brought into question,” she said.

Adapting infrastructure to a changing climate

The European Environment Agency recently published a report on how the energy system is adapting to both the challenges and opportunities of a changing climate. It also presents technical, managerial and policy options to improve the climate resilience of Europe’s energy system, looking at possible policies to do so.

“This report is the crossover, the nexus between mitigation and adaptation action,” Eva Jensen, head of the climate change in energy and transport programme at the EEA, told the summit. “It identifies how those long severed worlds have started to interact.”

Direct losses to the energy sector from the effects of climate change could rise to billions of euros per year by the end of the century, the report warned. Nuclear power plants, for instance, need plenty of water to operate and face shutdowns due to lack of cooling water supplies during the summer months.

The areas of Europe where energy infrastructure will suffer the most are Southern and Eastern Europe, where the effects will be overwhelmingly negative.

In Northern Europe, there will actually be a mix of positive and negative effects for the energy system. The positive effects include increased availability of hydropower, offshore wind and biomass energy. But infrastructure – pipelines, power stations and electricity grids – will still suffer.

“Companies have already adjusted their activities to climate developments,” Jensen said. Government policies have been relevant sometimes, and not at other times, she added. “Many adaptation activities are happening on the ground which are not reflected in government documents”.

At EU level, policy remedies have included a climate change adaptation strategy, which was recently evaluated, a regulation on risk preparedness in the electricity sector, and a mandatory climate-proofing of major EU-funded infrastructure.

Companies and governments are acting because the effects are already being seen, said Yvon Slingenberg, director for iternational climate negotiations at the European Commission. “We have been living through some of this, we all remember the very hot summer we had last year. We had droughts, wildfires, and very low water in rivers like the Rhine, which had a big impact on industry. This year we see heat spells happening in India and California.”

The hot temperatures have affected thermal power plants, which are vulnerable to reduced availability of cooling water. Heat waves can also impact transmission of electricity, she said.

The intersection of water availability and the power sector was also explored at the Brussels event.

During last summer’s heat wave, some power stations had to be powered down because of a lack of water to cool down reactors. French utility EDF curbed its Fessenheim 2 nuclear plant in October last year, due to prolonged dry weather across west and central Europe.

The energy sector currently requires 74 billion m3/year of freshwater. That makes energy the most water-intensive sector after agriculture. That’s more than the 50 billion m3/year needed for public water supply. 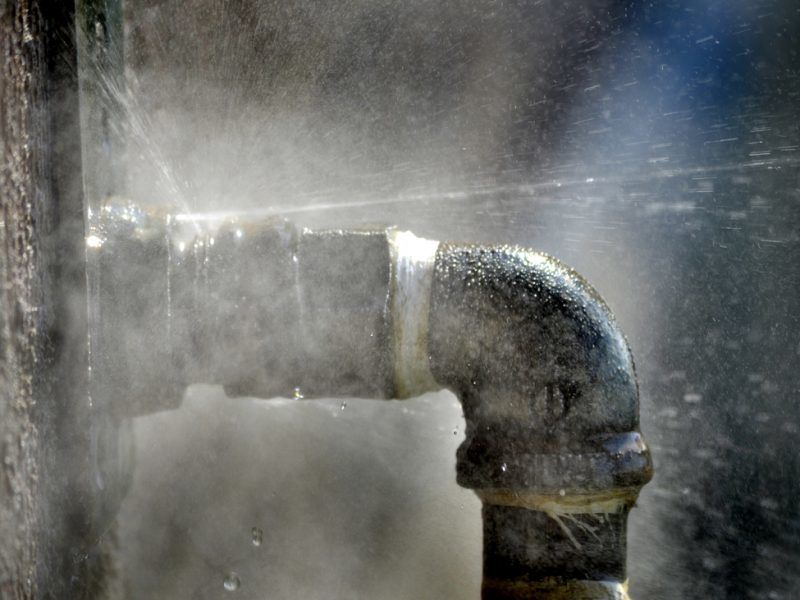 At the same time, droughts can make hydro power stations unusable, causing a shift to fossil fuel power plants. But if those are also struggling because of a lack of cooling water, a real crisis can develop, warned experts at the Brussels event.

Yet despite the importance of the water-energy nexus, it has been largely ignored at a policy level, said Maive Rute, deputy director-general of the European Commission’s Joint Research Centre.

“We need to ask, how can both of these systems become more efficient?” Rute told delegates at the event.

For his part, Prag said governments will have a key role to play in making sure the energy sector is ready for the changes resulting from global warming. “The private sector should be protecting their assets, but governments are necessary to bring that longer term perspective to get the investment,” he said.