A Greek initiative for an EU Energy Crisis Solidarity Facility 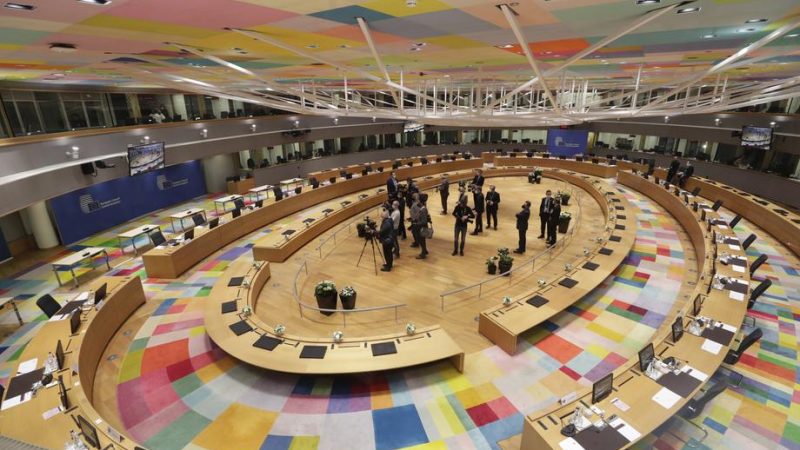 Following an initiative of the Greek PM Kyriakos Mitsotakis at the European Council on February 24, the Greek Government sent a letter to the Executive Vice-Presidents of the European Commission, the Commissioner for Economy, the Commissioner for Energy and the French Minister of Ecological Transition and President of the Council of Energy Ministers, with specific proposals as to deal with the international energy crisis as a consequence of the Ukrainian conflict.

In the context of the Special meeting of the European Council last Thursday (24 February), PM Mitsotakis referred during his speech to the impact on European economies and in particular on energy prices.

“We are here to prepare, to build our defence against developments that could potentially affect European economies. I have requested that a provision be included in the conclusions of the special meeting, authorising the European Commission to study and propose immediately to the Council the adoption of emergency measures to support Member States against possible sharp increases in energy prices,” Mitsotakis said.

He added that “in this way we will be able to protect ourselves from possible Russia’s blackmail and to show that we remain steadfast on the path of defending international law and international legitimacy”.

The Minister of Environment and Energy, Mr. Kostas Skrekas, sent a letter to the European Commission’s Executive Vice-Presidents, Frans Timmermans and Margrethe Vestager, to the Commissioner for the Economy, Paolo Gentiloni, to the Commissioner for Energy, Candi Simpson, and to the French Minister of Ecological Transition and President of the Council of Energy Ministers, Barbara Pompili.

In his letter, Skrekas set out specific proposals in response to the energy crisis facing the European, and global, community as a result of the latest developments in Ukraine.

The Greek minister proposes, in particular, the creation of an EU Energy Crisis Solidarity Facility (ECSF). The purpose of this mechanism would be “to support European consumers, especially the most vulnerable ones, and to limit the burden on the economies of the Member States of the energy crisis, which is being exacerbated by Russia’s invasion in Ukraine”, he said.

How the ECSF Mechanism works

According to information from the Ministry of Environment and Energy, the Mechanism will be launched by the European Investment Bank (EIB), following a proposal from the European Commission.

The ECSF will be able to provide low-interest loans to Member States to offset the impact of high energy prices.

The amount of funding will vary among member states and will be determined by their energy consumption or the annual revenues from the auctioning of their greenhouse gas emission allowances. The loans will not count towards the deficit and public debt of the Member States.

Minister Skrekas stated -inter alia- in his letter that “investments relating to the development of strategic fossil fuel storage infrastructure that will enhance Europe’s energy security should be eligible for EU funding and EIB financing”.

He stresses that the same should apply to other energy investments that will enhance Europe’s defence capability (e.g. energy efficiency of military infrastructure, vehicles, etc.).

“Available European funding should be allocated as a priority to the implementation of energy interconnections with third countries (e.g. interconnecting Europe with Africa or the Middle East),” the minister added in his letter.

These proposals are expected to be presented at today’s (28 February) Council of Energy Ministers, which will focus on the state of the energy market in Europe following the outbreak of the crisis in Ukraine.

These proposals were presented to the Council of Energy Ministers on Monday (28 February), which focused on the state of the energy market in Europe following the outbreak of the crisis in Ukraine.

“We presented today to the special Council of Energy Ministers the Greek proposal for the establishment of an EU Energy Crisis Solidarity Facility to deal with the energy crisis. Our aim is to protect European consumers and especially to support vulnerable households and small and medium-sized enterprises. Russia’s invasion of Ukraine could have uncontrollable effects and further intensify the energy crisis. It is clear that high energy prices are a pan-European issue and require a coordinated European response. In the Council, we also expressed our solidarity with the Ukrainian people who are being severely tested. Greece’s position is full respect of international law, the territorial integrity and independence of all countries,” the Greek minister said after the Council.