This article is part of our special report Europe’s flat glass sector: An industry profile.

Glass is irreplaceable in buildings, making it a key part of the solution to unlock energy savings and help reach Europe’s decarbonisation targets. But it’s also an energy-intensive industry, for which no immediate clean energy alternative is available.

As a high-level group of CEOs, academics and politicians gathered in Brussels last week to discuss the future of the glass industry, they were well aware that glass was all around them. It was in the windows looking outside, on the table holding their beverages, even on their smartphone screens.

“Glass is everywhere,” noted Philippe Bastien, a regional president at AGC Glass Europe. “You cannot do anything without being in contact with glass. You wake up in the morning, you go to the window. You have glass in your shower, you have glass in your oven, and in the car or train you take to work.”

The reason glass is everywhere is because as a transparent material, it serves a unique function for which mankind has found no substitute. And this could make the sector a low-hanging fruit in lowering Europe’s emissions.

The dinner debate was an opportunity for industry association Glass Europe to present its vision for 2050, a manifesto for how flat glass can contribute to Ursula von der Leyen’s European Green Deal and 2050 decarbonisation target.

The industry sees an immediate opportunity, not in the production phase – at least not for now – but rather in the use phase.

Glass is an endlessly recyclable material, and right now most of that material lies locked in inefficient uses in buildings. 80% of glass goes to the buildings sector, and 85% of the glass in that sector is still inefficient, using either single glazing or inefficient double glazing.

These types of windows allow heating, one of the biggest contributors to emissions in Europe, to pour out of a building. The buildings sector alone is responsible for 36% of total EU emissions.

“For the glass industry, the net balance of the emissions remains highly positive,” said Bastien. The CO2 emitted to produce an energy efficient double-glazed window is offset within six to 20 months by its energy savings, according to industry calculations.

“I’m not looking for an excuse – it’s very important that we work on the production emissions side, and for sure we have to do that. But we still have room to do more good thanks to the use of our product.” 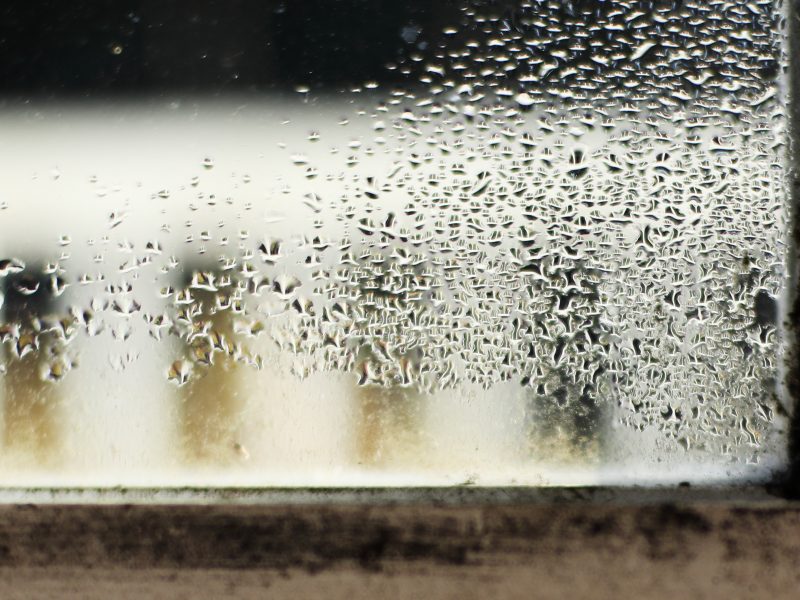 The industry is calling on the EU to enforce energy efficiency legislation that would require these windows to be replaced.

Maria Da Graça Carvalho, a centre-right Portuguese MEP who attended the dinner, was receptive to this idea. “There are certain sectors of the economy that are easier to decarbonise than others, so we should start with the sectors that are easier,” she said. “Of course the ones that are more difficult we need to start to find solutions. But for some sectors we can start immediately, like building and construction.”

The problem is that the EU has already legislated in this area, extensively. There has been an energy efficiency target in place since 2012, and there has been legislation requiring improved energy performance in buildings since 2010, revised in 2018. The EU will not meet its target of a 20% improvement in energy efficiency by 2020 because national governments have not correctly implemented the legislation.

“We have a lot of legislation already to get these goals, but also we have member states that are not doing their duty,” said Nicolás González Casares, a centre-left Spanish MEP who was also at the dinner.

“So the Commission has to push them. They have the instruments to tell these countries, you must do it. The Commission can’t only make new rules, they have to force the countries to implement the rules already there.”

Of course, it is in the glass industry’s economic interest that these renovations be forced by the EU. It would mean the availability of more glass stock from the recycled windows, and more demand for their products.

But the industry says without this increase in demand, they cannot make the investment needed to reduce emissions from their production processes. Despite building renovation and energy efficiency having been made EU policy priorities, glass demand is still below what it would take to make the needed investments.

“The technical challenge [in decarbonising production] for us is huge,” said Christian Quenett, head of architectural glass at NSG Group and chairman of Glass for Europe. “There is no solution on the horizon so far. Every company is doing some research work but we are all too small to find the solution.”

The glass production industry in Europe is small, and proportionately so is its emissions. There are 46 glass industrial installations subject to the EU’s emissions trading scheme in 12 countries, producing 10 million tonnes of glass each year. They primarily meet EU market demand. 85% of windows installed in the EU are made with European glass.

Those plants are powered chiefly by gas. 75% of the CO2 emissions from flat glass manufacturing derive from the use of natural gas to heat the melting furnace, while the remainder comes from the release of CO2 from raw materials carbonates.

The use of recycled glass, called “cullet”, can help tackle the raw material emissions. It also requires less energy to melt. Today it accounts for about a quarter of what goes into European flat glass furnaces. Advances in chemistry could also help reduce these material emissions.

But the gas fuel is proving harder to replace. Full-electric melting technology for flat glass not yet available. Hydrogen might be an interesting option, but it currently does not offer the necessary radiation for glass melting and high share of hydrogen causes technical problems to furnaces. It also would require new infrastructure to deliver.

“It’s really difficult to find the best compromise between hydrogen or electric energy, or a combination of that,” said Quenett. “That is something where I would hope support from the EU would help us in the next decade to revolutionise the process.”

The industry is eagerly awaiting the Commission’s new industrial policy strategy, expected in March, and hoping for an ambitious plan for building refurbishment.But from experience, stakeholders know that the proof will be in the pudding. If national governments don’t implement the changes, windows in Europe’s buildings will continue to let heat pour out.