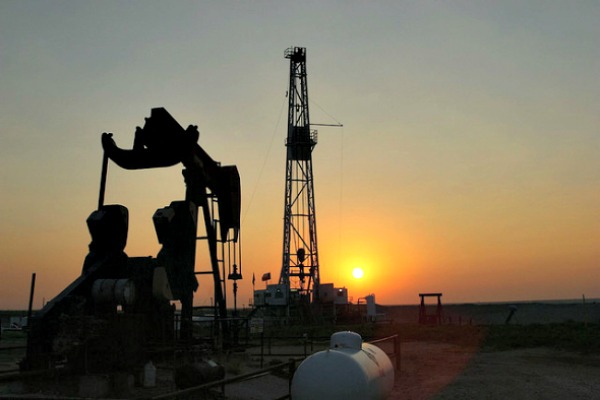 This article is part of our special report Energy Efficiency in Buildings.

SPECIAL REPORT / Energy security’s ascent to the top of the political agenda was cemented at the EU’s sustainable energy week yesterday (23 June), as a US ambassador to the EU, a Green MEP and the bloc’s energy commissioner, Günther Oettinger all used the Ukraine crisis to highlight the importance of energy saving measures.

Security of supply was now “an acute issue,” Oettinger told the conference. “The developments in Ukraine demand a policy response in the field of energy.”

An ambitious energy savings target for 2030 would not only curb gas CO2 emissions but gas use too, he said, adding that “the Commission estimates that every additional 1% in energy savings cuts gas imports by 2.3%.”

Traditionally, the EU has juggled three energy priorities – competitiveness, sustainability and security of supply – with the ascendance of a competitiveness agenda after the 2008 financial meltdown and the economic crisis that followed.

But last week’s decision by Russia to cut off gas supplies to Ukraine has intensified fears of a fuel crunch as winter approaches. That in turn has spurred calls for action on energy efficiency in a forthcoming review which could propose a target for 2030.

The Green MEP for Luxembourg, Claude Turmes, advised taking up a recommendation for higher targets in the review’s now leaked impact assessment.

“If you dare to go for 40% [you can] say to the Russians: ‘If you continue to play the tough game, we will take our precautions’ and I think in Moscow they would be quite impressed,” he said.

One key argument used to prioritise gas over efficiency has been ‘the quick fix’ or the assumed speed with which it can be brought to burn.

This was implicitly challenged by Anthony Gardner, the new US ambassador to the EU, who spoke glowingly of the “creative strategies” from measures imposed in the wake of the OPEC oil crisis in 1973.

These included the imposition of year-round daylight saving time to cut electric light and heating use, a maximum speed limit of 88 km/h to conserve fuel supplies, and press campaigns to turn off unused lights.

“Many of these policies faded away after prices stabilised but their lasting benefit is notable,” Gardner said, noting that oil use had been projected to continue increase indefinitely beforehand but actually declined afterwards.

“Without the numerous energy efficiency improvements made since 1973, the US would require 50% more energy to deliver our current GDP,” he said.

EU states such as the UK though argue that it would be more cost-effective to pursue an energy strategy based on encouraging gas producers, than to set an objective for accelerated energy efficiency measures.

The approach has drawn critics, ranging from died-in-the-wool environmentalists to former advisors to the Department of Energy and Climate Change, such as Dr Steve Fawkes

“There is a lot of obsession about shale gas but even in a good scenario it will be five to ten years before there is any significant volume – assuming it is there at an economic price,” he told EURACTIV.

The UK’s national grid had emergency demand response plans to pay for load-shifting at peak times and there was also potential for an uptake of emergency building renovation measures, he added.

“The general problem is that that the demand side of things doesn’t get as much attention as supply,” he said. “We need to look at it as a resource, just like we do with oil and gas.”

Randall Bowie, an industry consultant who has drafted previous energy directives for the EU, said that if people could be trained to go to war in a matter of weeks, as happened in World War II, engineers could certainly be trained to renovate buildings in the event of a gas crunch.

“If you started now, within nine months you could begin to feel the effects of reduced gas consumption,” he told EURACTIV. “With a major renovation programme you could probably be impacting on your energy imports by winter, but it would require planning and national governments would have to push it.”

But a senior official from one EU state canvassed by EURACTIV was sceptical about the prospects for a quick energy efficiency fix to a power supply crisis in Western Europe.

Some of the eastern European countries most dependent on Russian gas though were also the least energy efficient, he agreed, with no individual heating mechanisms for buildings and thus, little incentive for fuel conservation.

“You could introduce an instrument – that could be subsidies – there to ensure that people install double glazing and insulation,” he told EURACTIV. “Of course you would need funding but the payback time is often very short. There are some very low hanging fruit in many of those member states and something could be done there.”

In Lviv yesterday, 20 new Ukrainian cities from the country’s east and west, committed to implementing ambitious sustainable energy action plans in the framework of a Covenant of Mayors signing ceremony. They will join a growing movement of local authorities – 71 in total – which have pledged a 20% cut in their CO2 emissions by 2020.

The potential for coal-to-biomass fuel switching, and upgrading of urban district heating networks could also be response elements to a fuel crisis, according to Paul Voss, the director of Euroheat and Power.

“District heating’s inherent fuel flexibility makes it an ideal solution in the event of a sudden supply disruption and, more broadly, the long-term energy transition Europe is planning,” he said.