The fertiliser industry produces and consumes up to 50% all the hydrogen produced every year in Europe. [Source: EC - Audiovisual Service]

Green hydrogen has become a key element of EU plans to reach net-zero emissions by mid-century. When produced by electrolysis, hydrogen can be used as a way of storing excess renewable electricity generated by wind turbines and solar panels, which can then be fed back into the grid to balance the power system.

“Electricity now is only 23% of our final energy consumption,” Tudor Constantinescu, the principal adviser to the European Commission on energy matters, said during an online event organised by EURACTIV on Thursday (10 September).

And although clean electricity is expected to grow above 50% of the energy mix by 2050, “still about half of final energy consumption will be in the form of gaseous and liquid fuels, and it is important to decarbonise them as well,” he stressed.

This is why hydrogen-derived fuels are expected to play “a very important role” in a fully decarbonised economy, Constantinescu pointed out.

“And ammonia is definitely one of them,” he said.

Maersk looking at ammonia as a clean maritime fuel

A chemical compound of hydrogen and nitrogen, ammonia (NH3) has several properties that make it an attractive alternative to pure hydrogen for certain applications, said speakers at the event.

First of all, ammonia liquefies at “just” -33°C under ambient pressure, compared to -253°C for hydrogen, explained Jutta Paulus, a German Green lawmaker who sits in the European Parliaments’ environment committee.

Transporting or storing ammonia can therefore be done at less extreme temperatures or pressures than would otherwise be required for pure hydrogen, making it easier to handle. On top of that, one cubic meter of ammonia contains about 50% more energy than the same space filled with hydrogen.

In maritime shipping, this higher “energy density” is an attractive characteristic, as onboard space is limited and fuelling up halfway through a journey is not an option.

Danish shipping giant Maersk is among those looking into green ammonia as a clean transport fuel. The company plans to have “a commercially viable net-zero ship on the sea before 2030,” which will be a key step in the company’s journey to become fully carbon neutral by 2050, said Berit Hinnemann, senior innovation project manager at Maersk.

“Ammonia as a future marine fuel has promising perspectives,” Hinnemann said. “It has an energy density that makes it a realistic options for deep-sea shipping,” she told the EURACTIV event.

One of the key strengths of ammonia is that it is already produced and transported at scale across the globe by the fertiliser industry, Hinnemann said. But a major scaling up of green hydrogen production is needed before ammonia-powered ships can become an economically viable alternative to traditional marine fuels, she cautioned.

“The use of ammonia as a marine fuel as such will require expanding the entire value chain – from production to transport, and bunkering, developments in vessels, engines, fuel systems, as well as safety aspects and certification,” Hinnemann said.

Another attractive application of ammonia is to “carry” hydrogen for transport over long distances, although this requires an additional transformation step to convert ammonia back into hydrogen when it reaches its destination.

Still, countries like Australia and Japan are currently looking into ammonia as a way of shipping large quantities of green hydrogen to Europe.

“The pressure and the temperature at which we have to keep ammonia is something which makes it more attractive, plus the energy density, which is better,” explained Tudor Constantinescu, the Commission official.

“At distances of more than 2,500 kilometres it becomes maybe the preferred energy carrier to transport hydrogen – even more than pipelines,” he said.

But before ammonia can steal the show in the EU’s energy sector, the production of the molecule needs to become greener –  much like hydrogen itself, Constantinescu explained.

“Currently about 5% of the world gas consumption goes into the production of ammonia,” the official said, adding that “ammonia is responsible for about 160 million tons CO2 emissions per year, which is the equivalent of all CO2 emissions of France.”

By far the largest producer and consumer of ammonia today is the fertiliser industry, which uses the molecule as a building block for the production of nitrogen-based fertilisers.

In fact, “the fertiliser industry produces and consumes up to 50% all the hydrogen produced every year in Europe,” said David Herrero Fuentes, from Fertiberia Spain, a fertiliser company.

“Almost 100% of this hydrogen is generated today by the steam methane reforming technology using natural gas as feedstock. For every ton of ammonia being produced by this method between 1.7 and 2 tons of CO2 are released to the atmosphere,” said Fuentes, who is also a board member of industry association Fertilisers Europe.

But getting there will require a massive scale-up of renewable hydrogen production, he added.

The timeframe for deploying ammonia in the energy sector will also depend on how fast safety and environmental concerns can be addressed, Paulus added.

“Ammonia is corrosive, it’s toxic, it’s a flammable gas and it’s very harmful in the environment,” she said, summarising the chemical properties of the molecule.

But that doesn’t mean it should be discarded as an alternative fuel, she added. “I fully believe that ammonia should be part of the game when we talk about alternative fuels,” she said. “We should not rule it out due to the toxic properties, but we must have a strategy in order to handle these.”

According to Fuentes, the fertiliser industry can help address the issues.

“We in the fertiliser industry have a vast experience of over 100 years in safe production, liquefaction, storage and transportation,” he said. “As a European fertiliser industry, we are excited with this opportunity and committed to play a key role in the development of carbon-free ammonia and low-carbon fertiliser production.”

However, to switch from fossil to renewable ammonia production on a commercial scale, the sector will need “a decided, firm and continuous support from the authorities and policymakers,” Fuentes said.

“Today the manufacture of green or blue ammonia is not economically feasible when compared with conventional ammonia. In order to change that and speed up the early adoption by our industry, we need a set of minimum requirements and policies that allows the construction of a solid business case,” he said. 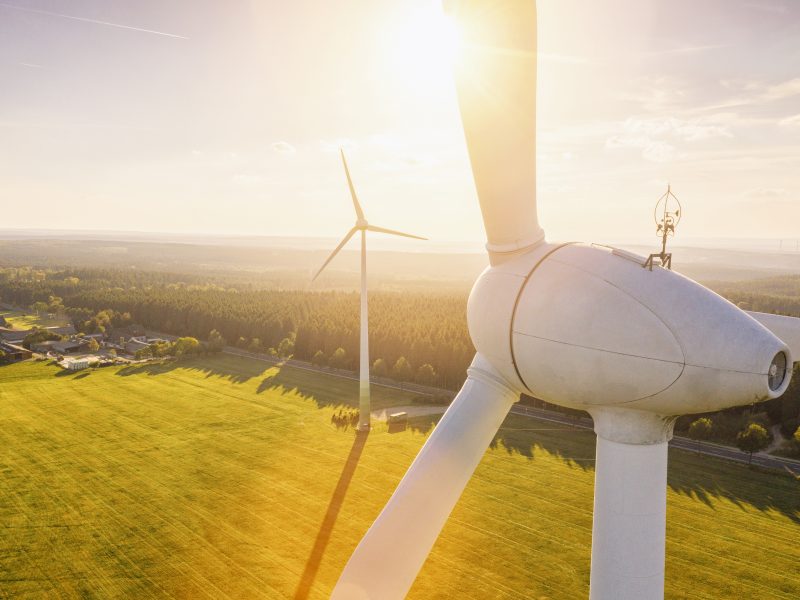 The EU hydrogen strategy opens the a new era of the low carbon economy. Fertilizer producers are among the biggest producers and users of hydrogen in Europe and low carbon ammonia could be used as maritime shipping fuel and to store energy.