In Brittany’s Bay of Saint-Brieuc, an offshore wind farm was authorised in 2011 but was blocked by local fishermen who highlighted the negative effects the project would have on various species of fish, crustaceans or the region's famous scallops. [ShaunWilkinson / Shutterstock]

But as Europe prepares to ramp up offshore wind capacity from 12 gigawatts (GW) today to 60 GW by 2050, Greens expressed worries about the preservation of marine ecosystems.

“Unfortunately, the strategy does not mention the precautionary principle,” said Grace O’Sullivan an Irish member of the European Parliament for the Green Party.

“Offshore renewables must not come at the expense of marine ecosystems and biodiversity,” she said in a statement, calling on EU member states “to ensure adequate protection” for marine life when deploying new offshore wind farms.

Without effective maritime spatial planning and public consultation, offshore wind may threaten species such as harbour porpoises, seabirds and other wildlife, the Greens argue. Conversely, good offshore wind planning can have a positive effect on wildlife – such as in creating no-catch areas for fish or protecting marine nursing grounds.

Details of the European Commission’s offshore energy strategy were already largely known before the plan was unveiled on Thursday, with leaked versions circulating in Brussels.

Of course, European Greens were positive about the main aspects of the strategy, saying “offshore wind energy is key to reaching a climate neutral Europe” and “must be an integral part of the European Green Deal”.

They even criticised the Commission for being too timid with its offshore wind plan, saying “the interim target of 60 GW by 2030 is not enough to achieve the 450 gigawatts installed required for climate neutrality”.

However, the Green’s worries about biodiversity do reflect growing concerns about wider ecological issues raised by offshore wind deployment, which are now coming in sharper focus as Europe starts planning for further expansion.

While the Commission praises the benefits of offshore wind for the economy and climate, it does insist that the strategy takes wider ecological and social aspects into account.

“Today’s strategy outlines how we can develop offshore renewable energy in combination with other human activities, such as fisheries, aquaculture or shipping, and in harmony with nature,” said Virginijus Sinkevičius, the EU’s environment Commissioner.

“The proposals will also allow us to protect biodiversity and to address possible socio-economic consequences for sectors relying on the good health of marine ecosystems, thus promoting a sound coexistence within the maritime space,” Sinkevičius said in a statement.

In Brittany’s Bay of Saint-Brieuc, an offshore wind farm was authorised in 2011 but was blocked by local associations who complained about a “botched” public debate and the absence of an environmental impact study, which was finally initiated four years later, in 2015.

Local fishermen brought a case before the EU court of justice, highlighting the negative consequence the offshore wind project would have on various species of fish, crustaceans or the famous scallops which are the pride of the Bay of Saint-Brieuc.

As a result, not a single offshore wind farm has been built in France to this day, despite authorisations granted by the French state after public calls for tenders in 2011, 2013 and 2016.

“As long as we don’t have evidence of a successful (offshore) French wind farm, it will be difficult to remove the doubts of local actors,” said Anne Georgelin, head of the French renewable energies union, who spoke to EURACTIV.fr. 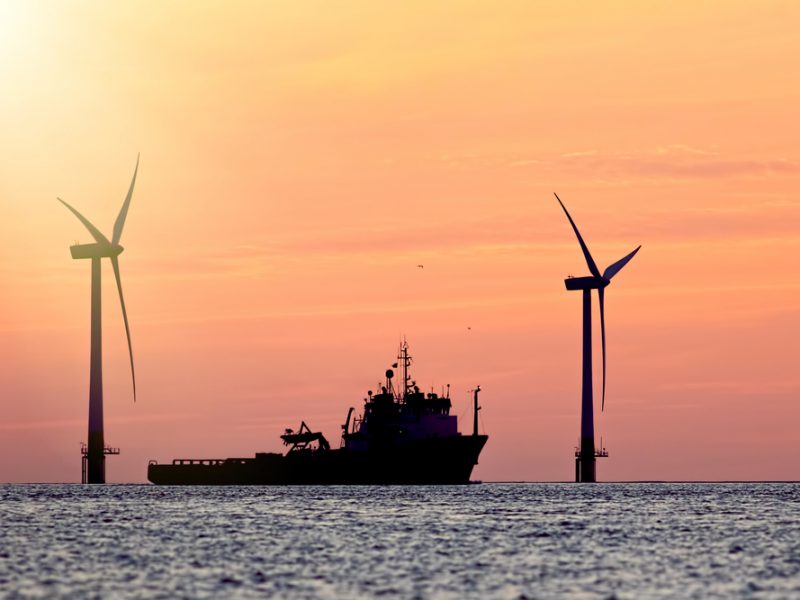 The European Commission acknowledges those issues. “Our Green Deal cannot be successful without public support,” said Commissioner Kadri Simson when prompted by a French journalist who enquired about local resistance to offshore wind projects.

Potential issues that need to be considered when planning offshore wind farms include fisheries, tourism and shipping, for instance, Simson said.

According to Simson, engaging with the local population is of paramount importance for national authorities in order to “move from public acceptance to public support” when it comes to offshore wind.

She also reminded the wider benefits of offshore wind, saying it “also gives job opportunities for people in coastal regions” that should also be taken into consideration.