Greece and Egypt are discussing the possibility of changing the route of East-Med gas pipeline in order to tackle the technical difficulties of the project as well as respond to the question of its economic viability, Greek journal To Vima has reported.

In January 2020, Cyprus, Greece and Israel signed in Athens an agreement for the construction of the Eastern Mediterranean pipeline, which is considered a project of common interest of energy infrastructure in Europe.

It aims to transfer between 9 and 12 billion cubic metres a year from offshore gas to be pumped between Israel and Cyprus to Greece, and then on to Italy and other southeastern European countries.

The pipeline would still start from Israel’s Leviathan gas field and instead of going to Cyprus through an offshore pipeline, it would head to Egypt by land and then ascend to the island of Crete passing through the area of the demarcated Greek-Egyptian Exclusive Economic Zone.

Liquefied natural gas (LNG) ships will then be able to transport the gas either to Alexandroupolis or elsewhere, having Europe as a final destination.

The changes in the project appear to be clearly at the expense of Cyprus, the division of the island giving opportunity to Turkey to advance its interests.

To Vima reported that Nicosia has been cautious toward such a scenario, considering that it may be losing a bargaining leverage on the complex geopolitical chessboard of the Eastern Mediterranean.

Turkey has been annoyed by the EastMed deal as Ankara has been excluded from the project’s talks.

“Any project disregarding Turkey, who has the longest coastline in the Eastern Mediterranean and the Turkish Cypriots, who have equal rights over the natural resources of the Island of Cyprus, cannot succeed. We bring this fact once more to the attention of the international community,” Turkey’s Ministry of Foreign Affairs said in January 2020.

The discussion over the economic viability of EastMed pipeline has taken center stage since the very beginning of the idea.

After the signing of the deal between Israel, Greece and Cyprus, an EU spokesperson told EURACTIV that Brussels welcomes the idea but noted that the pipeline should be seen as “one option” of tapping EastMed gas supplies for the EU alongside shipping it to the EU by tankers in the form of LNG.

“It’s important to explore further the costs and benefits of both main options,” the EU official said.

The EU official added that the Commission has so far not “signed up” to the pipeline, but only to a study exploring further its feasibility. 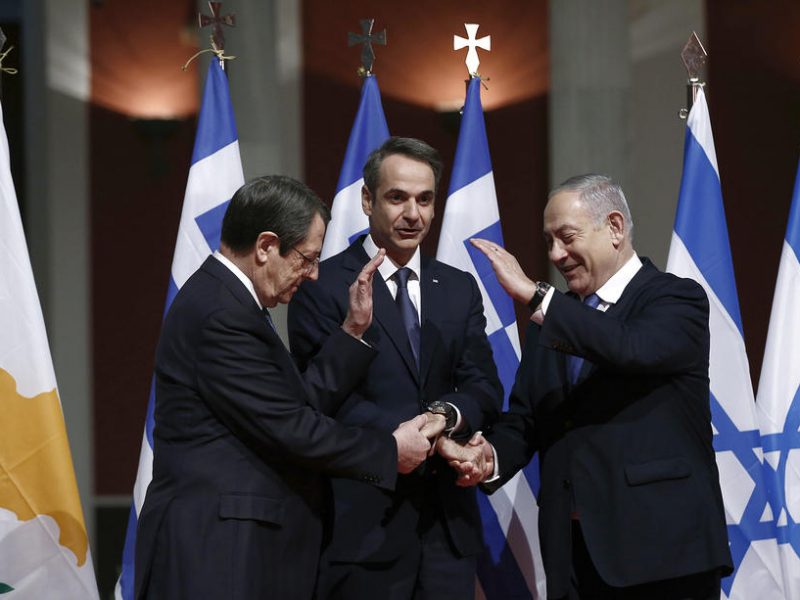