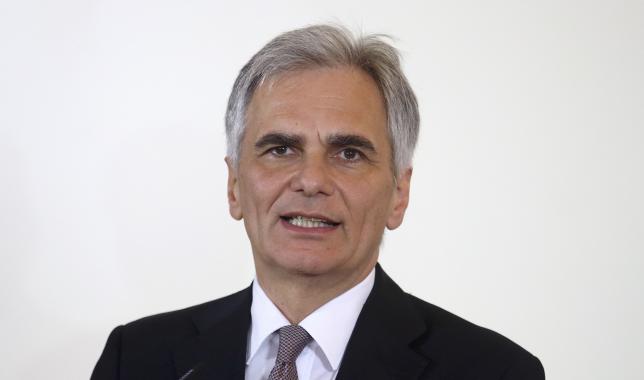 Austria has filed a legal challenge at the European Court of Justice against EU-granted state subsidies for a new nuclear power plant in Britain, government officials confirmed on Monday (6 July).

“Subsidies are there to support modern technologies that lie in the general interest of all EU member states. This is not the case with nuclear power,” Chancellor Werner Faymann said in a statement.

Austria argues that the Hinkley Point C project is in breach of European law and risks distorting the energy market.

The announcement comes just days after an alliance of 10 German and Austrian energy companies also filed a legal challenge at the ECJ against Hinkley Point.

Under the disputed deal, Britain would help fund the construction of two new reactors in southwest England.

As part of the agreement, the British government would guarantee an elevated 35-year fixed electricity rate to French energy group EDF, which would be in charge of the building the plant.

But Austrian Environment Minister Andrae Rupprechter said nuclear energy was no longer able to “survive economically” and should “not be artificially resuscitated through state subsidies”.

“Instead of funding unsafe and costly energy forms that are outdated, we have to support Europe’s energy turnaround with the expansion of renewable energies,” he said.

Despite opposition from activists and several member states, the European Commission approved the project in October after Britain modified funding plans for the deal.

“We are confident that the European Commission’s state aid decision on Hinkley Point C is legally robust,” a spokeswoman for Britain’s Department of Energy and Climate Change said last week.

Opponents see Hinkley Point as an unnecessary support of nuclear energy just when the use of renewables, such as wind and solar power, is beginning to take hold.

But the EU Commission insists that the choice of energy source, no matter how controversial, is strictly up to member states. EU member Austria has no nuclear power stations.