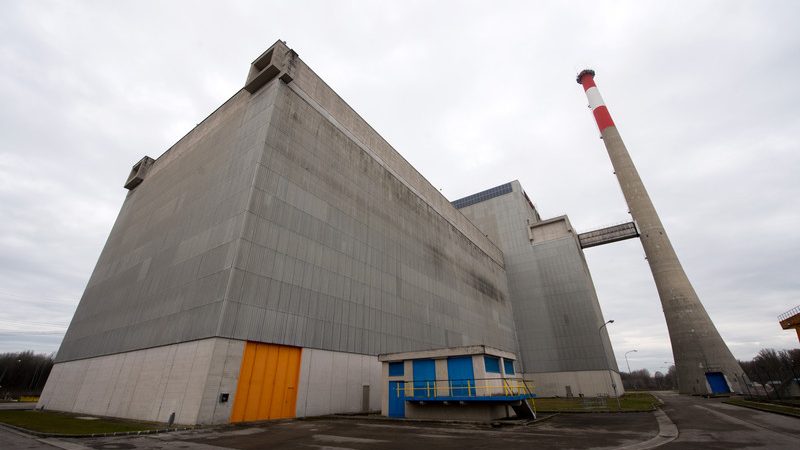 File photo. An exterior view of Austria's nuclear power plant Zwentendorf, photographed during a guided tour through the complex in Zwentendorf an der Donau, some 30 kilometers west of Vienna, Austria, 15 February 2016. Zwentendorf lay idle for several decades before it was taken over by Austrian energy company EVN, which maintains it as a training facility for international nuclear engineers. [EPA/EFE/CHRISTIAN BRUNA]

As the EU moves to label energy from nuclear power and natural gas as “green” investments, Austria is gearing up to fight this, including with a legal complaint.

The European Commission is consulting with member states and European lawmakers until Friday (21 January) on its plans.

A final text could be published by end of the month and would become EU law effective from 2023 if a majority of member states or the EU Parliament fail to oppose it.

“Neither of these two forms of energy is sustainable and therefore has no place in the taxonomy regulation,” Environment Minister Leonore Gewessler told AFP in an interview this week in her eighth-floor office overlooking the Danube canal that flows through central Vienna.

“If the Commission continues to work with this proposal and implements it then it is clear that we will take legal action,” the Green politician added.

The 44-year-old said Austria had “very, very strong arguments” why energy from nuclear power and natural gas should not be labelled as green and as such she had “great confidence” a complaint at the EU Court of Justice (ECJ) could succeed.

“The question of waste disposal (from nuclear energy) has not been solved for decades… It’s as if we give our children a backpack and say ‘you will solve it one day,'” she said.

Austria — which since 2020 has been governed by its first conservative-Green coalition — is also lobbying other member states, including Germany, to oppose the commission’s proposal.

So far, Luxemburg has indicated it would support a legal complaint, Gewessler said.

In 2020, the ECJ threw out an appeal by Austria to find British government subsidies for the nuclear power plant at Hinkley Point in breach of the bloc’s state aid rules.

Austria itself has only one nuclear power plant at Zwentendorf on the banks of the Danube river about an hour’s drive from Vienna — and that one was never used.

The Alpine nation of nine million people has been fiercely anti-nuclear, starting with an unprecedented vote by its population in 1978 that prevented the plant — meant to be the first of several — from providing a watt of power.

Zwentendorf lay idle for several decades before it was taken over by Austrian energy company EVN, which maintains it as a training facility for international nuclear engineers.

The switchboards are now covered in glass to protect the buttons from “souvenir hunters”, according to EVN spokesman Stefan Zach, while a clock installed for a film shoot is eternally set at five to twelve.

Austria itself targets that all electricity should come from renewable resources by 2030. More than three-quarters already comes from renewable sources.

“Austria is rich in renewable energy… We now have a very high proportion of wind and solar power plants in Austria,” Zach told AFP as he walks through the plant’s eerily quiet remnants.