Azerbaijan, via its state energy company SOCAR, is ready to engage in Bulgaria’s gasification at its own expense. The statement was made by the President of Azerbaijan Ilham Aliyev on the occasion of a visit by the Prime Minister of Bulgaria Boyko Borissov to the central Asian country.

More than ten years ago, Bulgaria was the first EU country to commit to buy 1 billion cubic meeers of Azeri gas per year (bcm/y) as soon as the Southern Gas Corridor will come upstream, possibly in 2020. This represents roughly one third of Bulgaria’s annual consumption. So far Russia’s Gazprom has a de facto monopoly on Bulgaria’s gas supply.

Borissov commented in Baku, as quoted by Mediapool, that the agreed supply of 1 billion bcm/y would be the cheapest and that it would be used for social packages to the benefit of low-income households. This in his words would solve the issue of air pollution in Bulgaria.

Borissov recalled that only 3% of Bulgarian households have access to gas, while a main reason for the air pollution is the use of wood and coal for heating. He said Bulgaria should set itself the ambitious goal of replacing this with more ecologically sound energy sources. In his words, 90% of the territory of Georgia, a neighbour of Azerbaijan, has access to gas, adding that he hoped that Bulgaria would very soon reach a similar result. 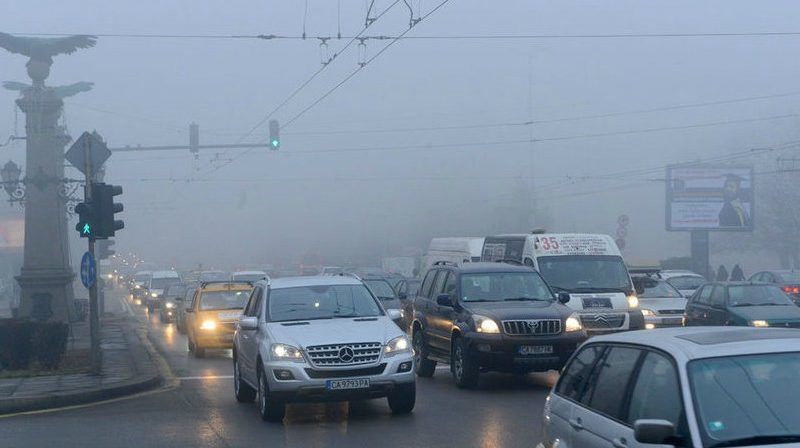 As Sofia prepares to host today (11 January) the official inauguration of the Bulgarian Presidency of the Council of the EU, Krassen Nikolov warns of one of the biggest problems in Bulgaria – air pollution.

The Azeri press quoted as Aliyev saying that his country has proven gas reserves of 2.6 trillion cubic metres.

“The construction of the Southern Gas Corridor will be our next contribution to Europe’s energy security. At present, Azerbaijani oil provides energy security to many European countries and in the near future, Azerbaijani gas will do the same,” Aliyev was quoted as saying.

The Southern Gas Corridor (SGC), supported by the European Commission, remains so far the only credible project to diversify the EU’s gas needs via a pipeline coming from the East.

SGC consists of three pipelines: the South Caucasus pipeline across Azerbaijan and Georgia, the TANAP pipeline across Turkey, and the Trans-Adriatic Pipeline (TAP) across Greece and Albania, with an offshore section to southern Italy.

The project has encountered difficulties on its entry point in Italy, where local authorities and environmentalists are protesting against the removal of olive trees.