Four nuclear reactors at Doel near Antwerp and three at Tihange in Liège, all operated by Electrabel, part of France’s Engie, produce about half of Belgium’s electricity when they are fully operational.

Six of the seven — all built between 1975 and 1985 with an original lifespan of 40 years — are currently closed for repairs and maintenance, reducing their combined 6 gigawatts (GW) capacity by nearly two-thirds. They are expected to come back online between late November and June.

Grid operator Elia has warned it may have to ration electricity during the high-demand winter months, while fears of a supply shortage that could see lights go out and trains stand still have pushed power prices to record highs.

The Doel 1 and 2 reactors were shut down in the spring for repairs to their water-cooling systems, while Tihange 1 went offline on 13 October for refueling and regular maintenance.

Tihange 2 and 3 and Doel 4 are closed while concrete degradation in bunkers close to the reactor buildings is investigated and repaired. Similar concerns led to a shutdown last year at Doel 3, the only reactor scheduled to remain online through November.

Concrete deterioration, one of the ageing effects adding to #nuclear risk – especially when long ignored by operator and regulator. The case of #Belgium #Doel and #Tihange. https://t.co/xYxmqBapbj

Engie built a new roof for the bunker at Doel 3 and will do the same at the other reactors with concrete degradation, deputy director general Pierre Mongin told a briefing on Thursday.

Belgium’s nuclear regulator FANC has said problems in the concrete structures surrounding the four reactors are classed as the lowest level of severity, with no impact on the population or the environment.

This year, Belgium extended the area within which it distributes free iodine tablets for use in a nuclear emergency to all its territory and parts of Germany and the Netherlands, although it said there was no specific risk from the reactors.

Based on the problems at the other reactors, he said the year-end finish targeted for the repairs at Doel was optimistic, adding: “I would expect them to go into, very certainly into the mid of next year before they can come back online.”

Electrabel spokeswoman Anne-Sophie Huge told Reuters the dates given for restarting the reactors — which will need permission from FANC — were its best estimate given the information it has.

Elia estimates it will need about 1,700 megawatts (MW) of additional capacity for the winter because of the outages, of which 700-900 MW has yet to be found.

To help make up the loss, Engie has fired up old gas plants and brought in diesel generators, as well as paying heavy industrial consumers to curb their use, Mongin said.

Grilled by lawmakers this month, Engie Electrabel’s chief nuclear officer Thierry Saegeman said it would work with Elia to find power but that its first priority was safety.

Trains could not operate beyond the first stage of load-shedding, Thomas Baeken, spokesman for rail operator Infrabel, told Reuters — halting passengers and freight within Belgium, a major transport hub for goods coming from Asia to Europe.

Energy minister Marie Christine Marghem said imported power would help avoid blackouts. “The month of November, which was critical, is now a lot more secure. For the rest of winter we will continue working,” she told Reuters.

A deal to free up capacity on Belgian interconnectors, through which much renewable electricity produced in northern Germany reaches southern Germany, will allow more imports.

Elia CEO Chris Peeters told lawmakers that France would supply 1,000 MW in November and December. Belgium’s liquefied natural gas (LNG) imports from overseas are at high levels, with six tankers due to arrive within days.

But Peeters was “less positive” about January and February, especially if a cold winter limits the energy neighboring countries can export.

France, for example, has issues with energy availability in winter due to safety concerns at its own nuclear reactors.

Many European reactors are reaching the end of their lives and showing defects that ultimately cannot be fixed. 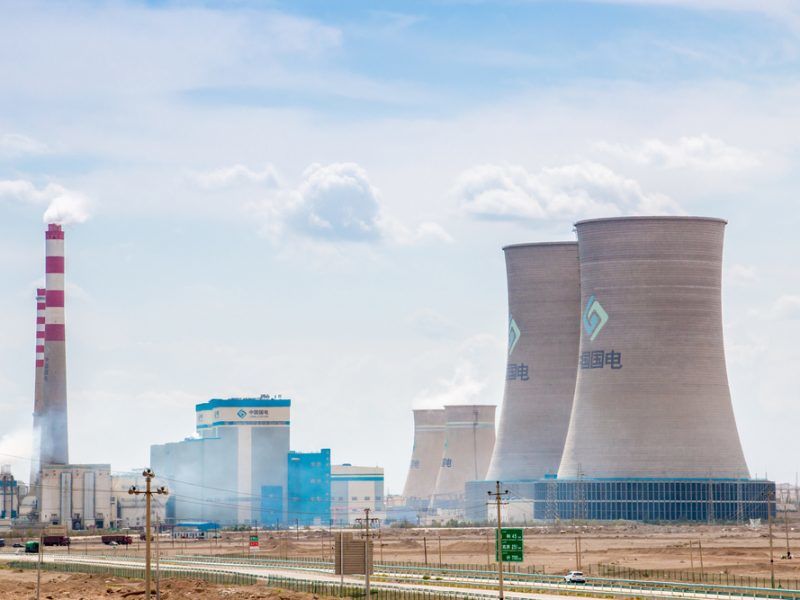 As Europe and the wider world begins to wake up to the need to cut emissions, Dr Kirill Komarov argues that tackling climate change will see the use of nuclear energy grow in the coming years, not as a competitor to renewables but as a competitor to coal.

The struggle to meet energy demand this winter has raised questions about how Belgium will cope after its nuclear reactors are decommissioned.

Energy expert Devogelaer told Reuters Belgium is likely to rely on natural gas, while an Elia spokeswoman said it expects to make up the loss from nuclear with gas and renewables such as solar and wind, plus higher imports.

The grid operator said in 2017 that at least 3.6 GW of new build adjustable (thermal) capacity would be needed to “cope with the shock of the nuclear exit”.

Belgium has an LNG terminal and by 2020 will have interconnectors with France, Luxembourg, the Netherlands, Britain and Germany. But it has yet to begin building new gas-fired power plants.

“It would require the construction of between six to eight gas-fired generators in Belgium to replace the nuclear capacity,” said Pierre Georges, lead EMEA utilities analyst at S&P Global.

“The problem is that as of today, no one is willing to build a gas power plant without a market design that would make them profitable.”

A Belgian government plan to subsidise investment in gas plants is being reviewed to ensure it meets European Union competition rules, Marghem said.

But the clock is ticking.

“Time is up now, so if we have learned anything from this situation, it is that we should not linger on, we should really go ahead with the construction,” Devogelaer told Reuters.