Belgium to shut down nuclear plants by 2025 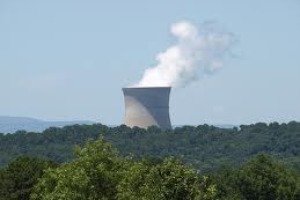 The plan for a shutdown of the three oldest reactors by 2015 and a complete exit by 2025 is conditional on finding enough energy from alternative sources to prevent any shortages.

"If it turns out we won't face shortages and prices would not skyrocket, we intend to stick to the nuclear exit law of 2003," a spokeswoman for Belgium's energy and climate ministry said.

Belgium, which has seven nuclear reactors at two plants, had passed a law in 2003 outlining the planned shutdowns.

Belgium, which is in the throes of agreeing a new government, has long considered the prospect of a complete exit from nuclear.

In 2009, atomic energy provided 55% of the country's electricity generation, the latest available data from the International Energy Agency showed.

"The question is: is the replacement capacity ready by 2015 and according to the Belgian energy regulator CREG it won't be," Johan Albrecht, an analyst of environmental and energy policy at the Itinera thinktank in Belgium said.

Albrecht said the chances of the plan succeeding would also depend on the future development of the economy.

"Should we fall back into recession, industrial demand for electricity declines and you have a better margin to take capacity off the grid, if the economy performs well it's harder to reduce capacity," he said.

The spectre of Fukushima

Public hostility has grown since Japan's nuclear catastrophe earlier this year, which prompted Europe's biggest economy Germany to announce it would phase out all its atomic plants by 2022.

Atomic generation is carbon-free and Germany's plans have raised concerns that more polluting fossil fuels will be used to ensure there is enough baseload power. Renewable energy can be intermittent, meaning coal and natural gas have to be used as back-up.

Belgium's two nuclear sites are operated by Electrabel. Rival SPE, in which France's EDF owns a 63.5% stake, has drawing rights on some 7% of capacity. EDF itself has the right to about 8%.

Electrabel said Monday it did not want to comment on the nuclear exit as it had so far not received an official confirmation. GDF Suez and EDF also gave no comment.

In 2009, Belgium decided to keep its oldest nuclear reactors running for 10 years longer than planned in 2003, but this change never came into force as the government that decided the measure lost power.

Belgium will now negotiate with investors to see how it can find new capacity to replace the 5860 MW that will be lost if the two nuclear sites at Doel and Tihange are shut.

"The government will actively look for new investors and sites that are still unused to see what can be done," the spokeswoman said.

The political parties also discussed how much more they would tax Electrabel, which already agreed in 2009 to pay between €215 million ($304 million) and €245 million per year in the period 2010-2014, for operating the nuclear power plants.