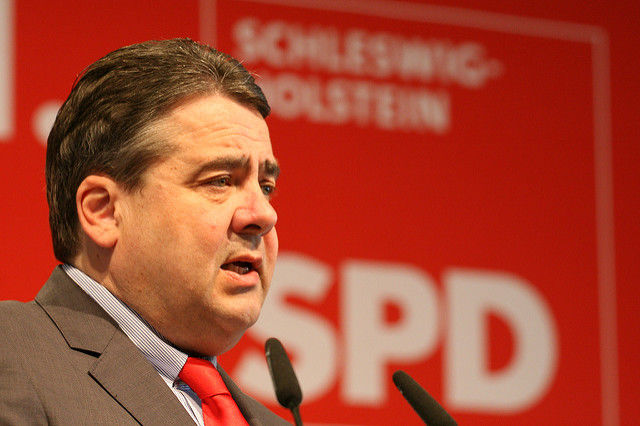 “Sanction policy is neither a suitable nor an adequate instrument to advance the interests of national exports and the domestic energy sector.” [SPD Schleswig-Holstein/Flickr]

German Minister of Foreign Affairs Sigmar Gabriel said on Friday (28 July) that his country would not accept any new US sanctions against Moscow that target EU companies.

Gabriel underlined the importance of applying economic pressure on Russia over its involvement in the Ukrainian conflict.

But he stressed in a statement that “we will under no circumstances accept an extraterritorial application of these US sanctions against European companies”.

“Sanction policy is neither a suitable nor an adequate instrument to advance the interests of national exports and the domestic energy sector.”

European nations have lashed out at Washington over the impact of the new sanctions, arguing that they could hurt European companies involved in the construction of a new pipeline that would pump Russian gas under the Baltic Sea directly to Germany.

They fear that the US could use the sanctions to squeeze Russian gas supplies out of Europe in favour of US energy exports.

The EU has also warned of swift retaliation if the US pushed ahead with the sanctions without taking heed of its concerns.

To date, anti-Russia sanctions have been coordinated on both sides of the Atlantic in a common Western front reminiscent of the Cold War.

But on Thursday, the US Senate passed the sanctions package despite European concerns, sending it to President Donald Trump, who must decide whether to accept the tough stance or veto the measure.

In response to the US move, Russia’s Ministry of Foreign Affairs asked today the US to cut the number of its diplomatic staff in the Russian territory and said it would seize two US diplomatic properties.

Pressure from the industry

In the meantime, the German Committee on East European Economic Relations, an influential German industry association, said yesterday that Europe should be prepared to respond in kind if the United States’ proposed new sanctions against Russia end up hurting its companies.

“It’s the last thing we want, but we must keep the option open,” Michael Harms, head of the industry group told a news conference in Berlin.