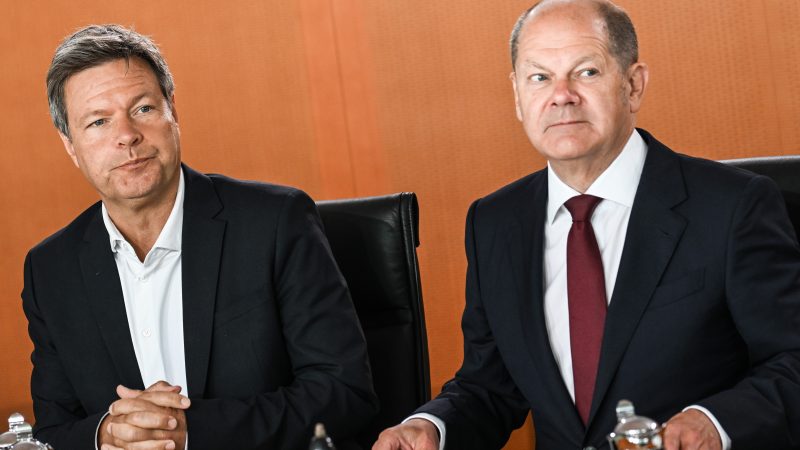 Faced with low gas flows from Russia, the German government will burn more coal in summer, pay the industry not to use gas and provide billions of euros in loans to merchants for gas purchasing.

Few countries are as reliant on Russian gas as Germany. The EU’s largest net importer of the Kremlin’s gaseous fossil fuel has been shaken by repeated supply reductions as Russian state-owned gas company Gazprom cited technical issues related to sanctions. Flows through the key  Nord Stream 1 pipeline were down to 40% of the usual as of 16 June.

“The situation is serious. We are therefore further strengthening precautionary measures and taking additional steps to reduce gas consumption,” said Robert Habeck, minister for economy and climate action, in a written statement on Sunday (19 June).

“Gas consumption must continue to fall, but more gas must be put into the storage facilities. Otherwise, it will be really tight in winter. We will now take the next steps,” he added.

Habeck is introducing a new set of measures aimed at reducing demand from industry, demand from electricity production and providing gas traders with state loans to allow for additional gas purchasing. 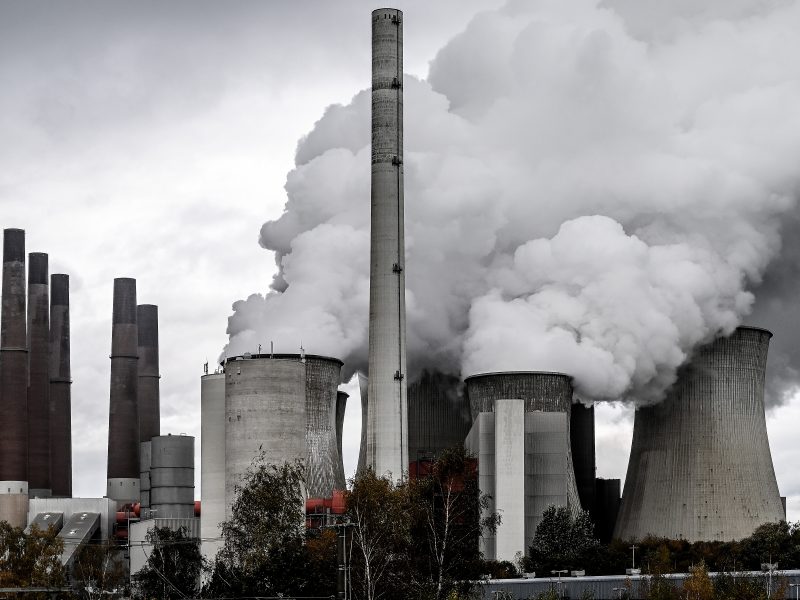 The German ministry for economy and climate action is ensuring that significant coal and oil power plant capacities are at the ready in case the country’s Russian gas supply is cut, according to a government plan seen by EURACTIV.

Coal power plants at the ready

Reducing the use of gas in generating electricity had initially been envisaged as part of an energy security initiative in May, with around 10 Gigawatts of capacity at the ready.

The law is currently passing through the German parliament and should come into force sometime in mid-July.

With gas-producing upwards of six Terawatt hours of electricity in April and similar numbers expected for May, the German government is hoping to store additional gas by switching to coal.

The government had previously considered and then decided against extending the runtime of its last nuclear reactors past their shut-off date on 31 December 2021. Nuclear power “would not help us,” Habeck said in March.

Now, there will be additional coal power plants in operation for a transitory period. The current plans will keep the gas replacement reserve until 31 March 2024. “This is painful, but it is sheer necessity in this situation to reduce gas consumption,” the German minister said. 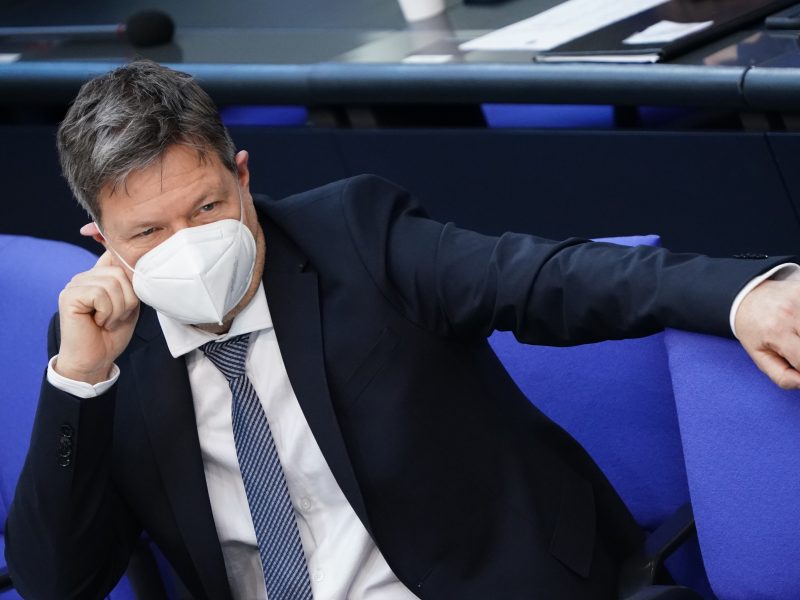 Berlin has ruled out an extension for the runtime of its nuclear fleet, in spite of concerns over the energy supply following threats to stop supplying gas to Germany and the calls for an embargo on Russian energy commodities.

By Summer, the German government will implement a gas auctioning model, which will set incentives for industrial consumers to reduce their gas consumption, similar to schemes already in place in electricity markets. These are generally called demand-side reduction schemes.

Companies will be paid a “labour price-based remuneration” not to consume gas. “This creates an incentive to reduce consumption in the industry so that more is available for storage,” the minister highlighted.

Already, this scheme has the support of German industry. “We particularly support the plan to encourage reduced gas consumption in industry through tenders,” explained Karl Haeusgen, president of the mechanical engineering industry association VDMA, on 19 June. 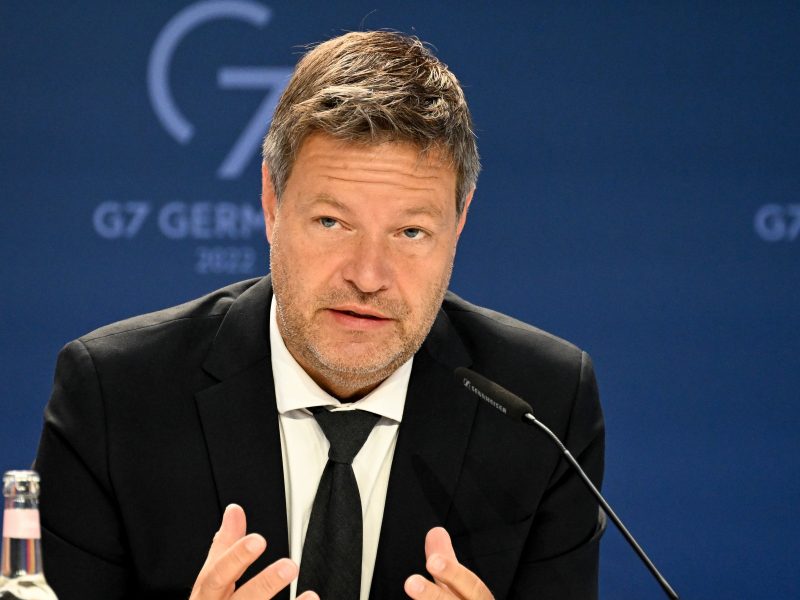 Russian state-owned gas company Gazprom will further reduce gas flows through the Nord Stream 1 pipeline as of 16 June, citing technical issues, while Berlin suspects the cuts to be politically motivated.

Trading Hub Europe (THE), a joint subsidiary of eleven gas transmission operators in charge of German gas markets, will be tasked with purchasing additional gas volumes.

To that end, it will receive a loan of €15 billion from state bank KfW, as German state broadcaster tagesschau reported, citing government circles, to have the necessary liquidity to purchase gas and bring the country’s gas storage levels forward.

The loan had already been cleared with hawkish Finance Minister Christian Lindner, while the parliamentary committee will be informed next week.

THE had previously been empowered to begin storing gas on storage sites with low storage levels, which included the country’s largest in Rehden, which is owned by Gazprom. 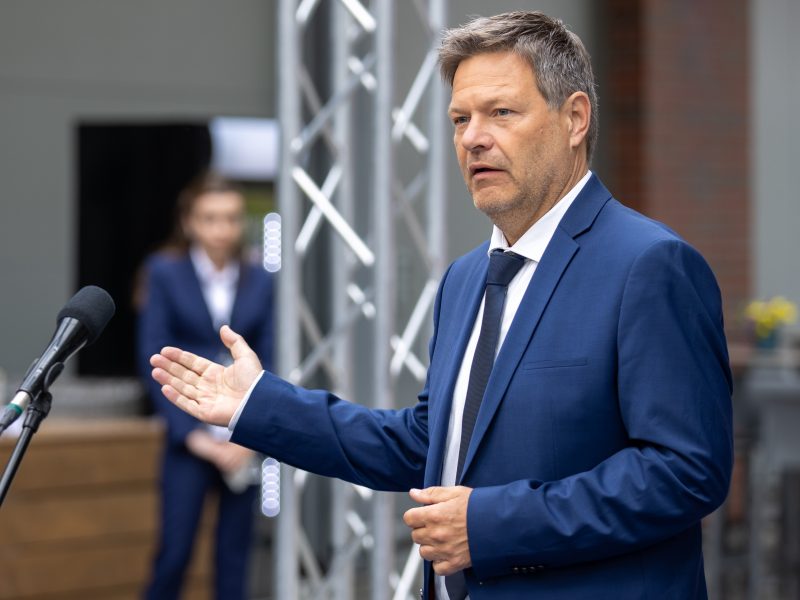 The German government has ordained that gas be stored in the country’s largest gas storage facility, Rehden, in order to ensure security of gas supply. Gas stores at the facility sold to Gazprom had hitherto been at historic lows.

The measures Habeck put forward have been welcomed by experts. “Very sensible what Habeck is planning to save gas. Overdue,” tweeted Claudia Kemfert, professor of energy policy at the German institute for economic research.

Voices from outside Germany have been much more critical.

“German energy policy is reaching an apex of absurdity. It is going to reopen coal power plants while closing nuclear ones,” tweeted Gérard Araud, former French ambassador to the UN and US.