Berlin to unleash €200 billion for climate protection until 2026 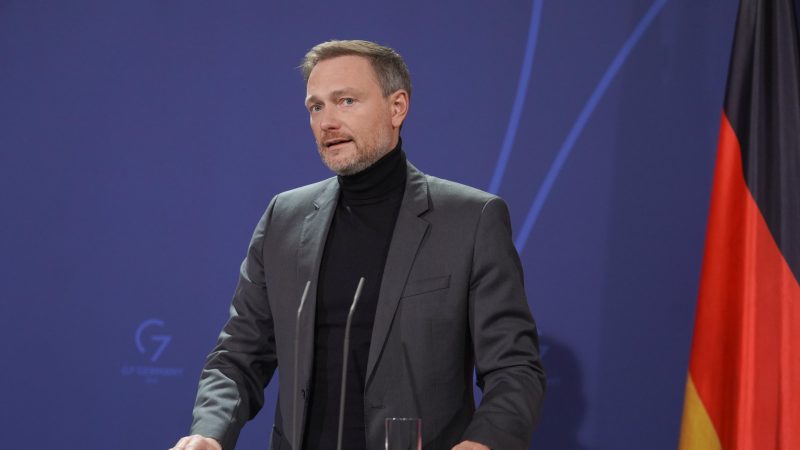 “Our solidarity with our European neighbour is permanent – this is why we need an international Marshall plan for Ukraine,” the liberal FDP minister told lawmakers, referring to the Marshall plan launched after the Second World War to help rebuild Western Europe. [EPA-EFE/JOERG CARSTENSEN / POOL]

The German government will funnel an extra €200 billion into climate protection, Finance Minister Christian Lindner said in a move widely considered a bid to pacify their Green coalition partners over increased military spending.

As the German government plans its long-term budget, it will spend an extraordinary €100 billion on modernising the army. This did not sit well with the pacifist Greens, so an additional €200 billion has been announced for Green-friendly climate matters.

“I assume that we will earmark about 200 billion euros by 2026 for climate protection,” said Linder on Sunday (6 March) during an interview with national TV station ARD where he discussed the government’s budget plans.

The money would go towards “charging infrastructure, hydrogen technology, the modernisation of industry” as well as the “abolition of the EEG surcharge” in a bid to relieve the citizens straining under record-high energy prices.

The German EEG surcharge is a scheme devised to funnel funds into expanding renewable energy by charging consumers extra. Instead, having it funded by the state is considered a way of reducing electricity prices quickly.

According to government sources of Die Zeit, €90 billion will go to the government’s “climate and transformation fund.”

As soon as the announcement was made, leading green politicians expressed their support for the measure. “We are investing the resources needed to become independent of Russian gas and fossil fuels,” said Green party co-leader Ricarda Lang.

“This is how energy, but also security policy is done in the 21st century.”

For the traditional pacifist Greens and the pacifist wing of the social democrat SPD, the €100 billion for the army that Chancellor Olaf Scholz announced on 27 February had been a bitter pill to swallow.

The extra social spending via the abolition of the EEG surcharge and the significant additional funds for climate and environmental protection is seen as appeasement for the SPD and Greens, respectively, but is not without critics.

At first glance, it appears that “a mere €30 billion are foreseen for the transformation fund,” while the fund would also be used to help consumers deal with record-high electricity prices, Schäfer said. As a consequence, “the 30 billion are already almost gone again“,” he added.

“Unfortunately, this is far from a Zeitenwende in investments that will quickly make us independent of coal, oil and gas imports from totalitarian states.”