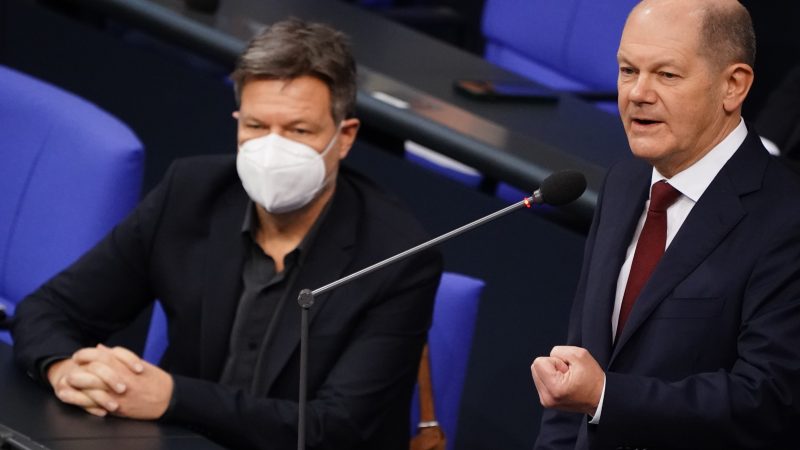 The new German government has the wind power industry across Europe hoping for some tailwind from the country that was once the world champion of onshore wind power. [EPA-EFE/CLEMENS BILAN]

The new German government aims to regain the rapid pace of onshore wind expansion it once had. To do so, it may have to clash with entrenched interests from nature conservation groups.

The ministry of economy and climate protection headed by vice-chancellor Robert Habeck has big plans to rejuvenate the country’s flagging wind industry.

“The Energiewende is roaring again. Germany wants a huge expansion of onshore wind,” said WindEurope CEO Giles Dickson in a jubilant reception to the announcements made by Habeck on 11 January.

Germany’s Habeck announced earlier this week that he would reserve 2% of German land for onshore wind power via a “wind-on-land law”, a longstanding demand of the wind power industry.

Hermann Albers, president of the German wind association WindEnergie, welcomed the move, saying “a binding area target must be defined and implemented in all federal states”.

But in order to speed up the expansion of onshore wind, Habeck may have to clash with entrenched interests from conservation groups.

“As wind power is one of the key technologies for climate protection and energy transition, it is important to reconcile species protection and the accelerated expansion of wind energy,” he said.

However, Berlin’s new wind power goals may clash with nature conservationists who have EU legislation to back their case.

In what is generally referred to as the “ban on killing,” enshrined in the EU’s Birds and Habitats directive, EU states must prohibit:

Some say this relatively broad definition of what constitutes “killing” of birds has already hampered Germany’s onshore wind power expansion.

Prominent birds like the Red Kite or the White-tailed Eagle are considered sensitive to wind farms. As wind turbines could technically kill such sensitive species, safety distances are necessary, which makes planning processes “complex and difficult,” the analysis adds.

In Brussels, industry group WindEurope believes this could warrant some changes to the directive.

“The new German plans to accelerate wind development up to 10 GW of onshore wind per year could possibly require an amendment of the ‘EU Birds and Habitats Directives’,” Christoph Zipf, press and communications manager at WindEurope, told EURACTIV.

The envisaged approach of introducing a species aggregate rather than an individual analysis could clash with the directive, he explained.

But nature conservationists are wary of any push to revise the EU’s bird protection directive. “Overall, NABU opposes the opening of the Habitats and Birds Directives,” said Raphael Weyland, head of nature protection at the Brussels office of NABU, a German conservation NGO.

While NABU aims to play a constructive role in speeding up the energy transition, “this must not be at the expense of nature conservation: The nature crisis is just as existential as the climate crisis,” Weyland said.

The EU birdlife protection directives were found “fit for purpose” by the EU Commission only a few years ago and contains plenty of exemptions that Germany could use more extensively to support wind power expansion, he explained.

The legal analysis from Agora Energiewende agrees with Weyland on that point. In the interest of the expansion of wind energy “it will be necessary to make greater use of the exemption possibilities provided by the European species protection law,” the analysis reads. 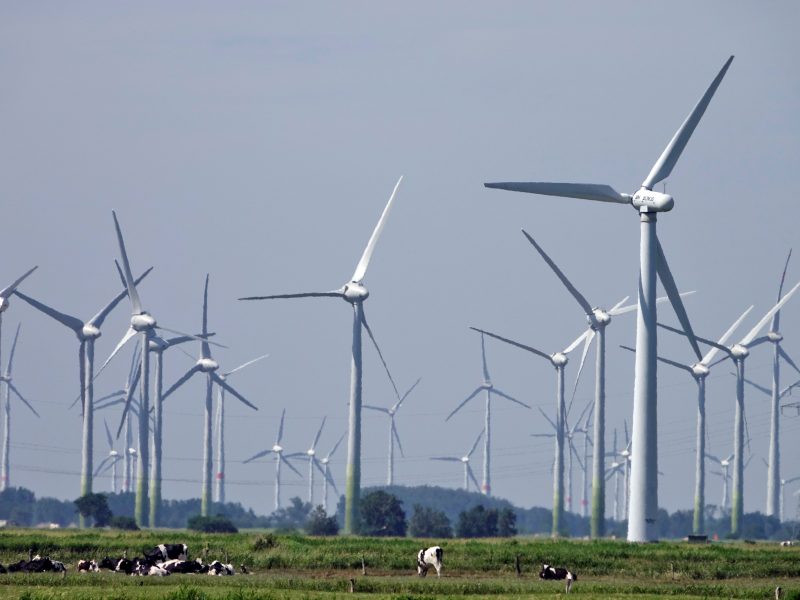 Conflicts between nature conservationists and renewable energy supporters have slowed down the expansion of wind power in Germany over the past years, reports Clean Energy Wire (CLEW). The recent flare-up comes as coalition negotiations are ongoing.