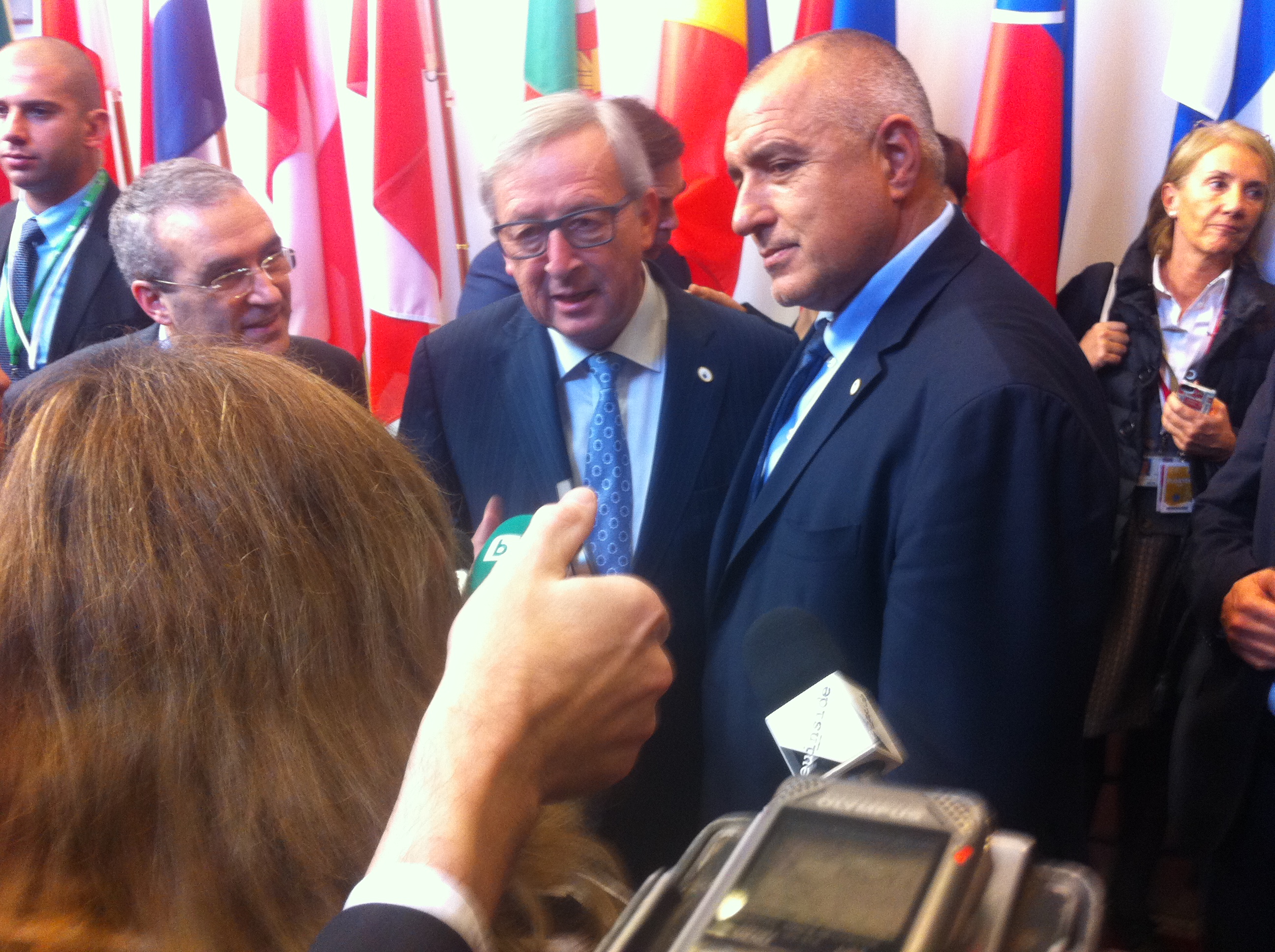 Just before the start of the two-day EU summit today (17 December) Bulgarian Prime Minister Boyko Borissov revealed his country too had plans to bring Russian gas to its borders – just like Germany, which plans an expansion of the Nord Stream pipeline.

Nord Stream 2, a project to increase the capacity of an existing offshore pipeline under the Baltic Sea, is expected to be a highly divisive issue at the summit.

>> Read: EU leaders to clash over Nord Stream 2 at summit

At least seven countries from Central Europe have taken the position that Russia’s plans to double the capacity of its Nord Stream gas pipeline to Germany run counter to EU interests and risk further destabilizing Ukraine.

But this did not deter the Bulgarian prime minister from making plain that his country has the ambition to build a southern arm, similar to Nord Stream, bringing Russian gas to the Bulgarian shores.

Borissov started with a reference to today’s interview by the Russian President Vladimir Putin, who (in Putin’s words) had understood that Bulgaria had stopped South Stream not out of anti-Russian sentiments, but because of the need to comply with EU legislation.

On a visit to Turkey on 1 December, Putin said South Stream was over, and that the 63 billion cubic metres per year (bcm/y) of gas would be shipped to Turkey instead of Bulgaria, which according to the Russian leader, had blocked the project.

But now the tables have turned, after Russia decided to punish Turkey for the downing of its military jet at the Turkish-Syrian border.

Borissov said Bulgaria will have a gas hub named “Balkan” which will collect gas from the country’s own production, gas brought through the Greece-Bulgaria interconnector (IGB), Azeri gas in the future from the Southern Gas Corridor (SCG), but also Russian gas.

“Of course, if they [the Russians] decide to bring gas to our borders, in the same way as Nord Stream 2, private companies could buy this gas, pay the transit taxes across our pipeline sytem, and Bulgaria would profit from it. I wanted her [Merkel], as one of the important leaders of Europe, to know about our plans”, he said, expressing the hope to obtain her support and that of the Commission for the plan.

The statement explains why Bulgaria did not join the initiative of several East European countries against Nord Stream 2. These countries invoke political arguments against the pipeline across the Baltic Sea, but it is also clear that all of them would suffer financially if the project is implemented.

With Nord Stream 2 the Central European countries will lose their transit revenues, and would need new infrastructure to get the Russian gas from North (through Germany) rather than from East (through Ukraine).