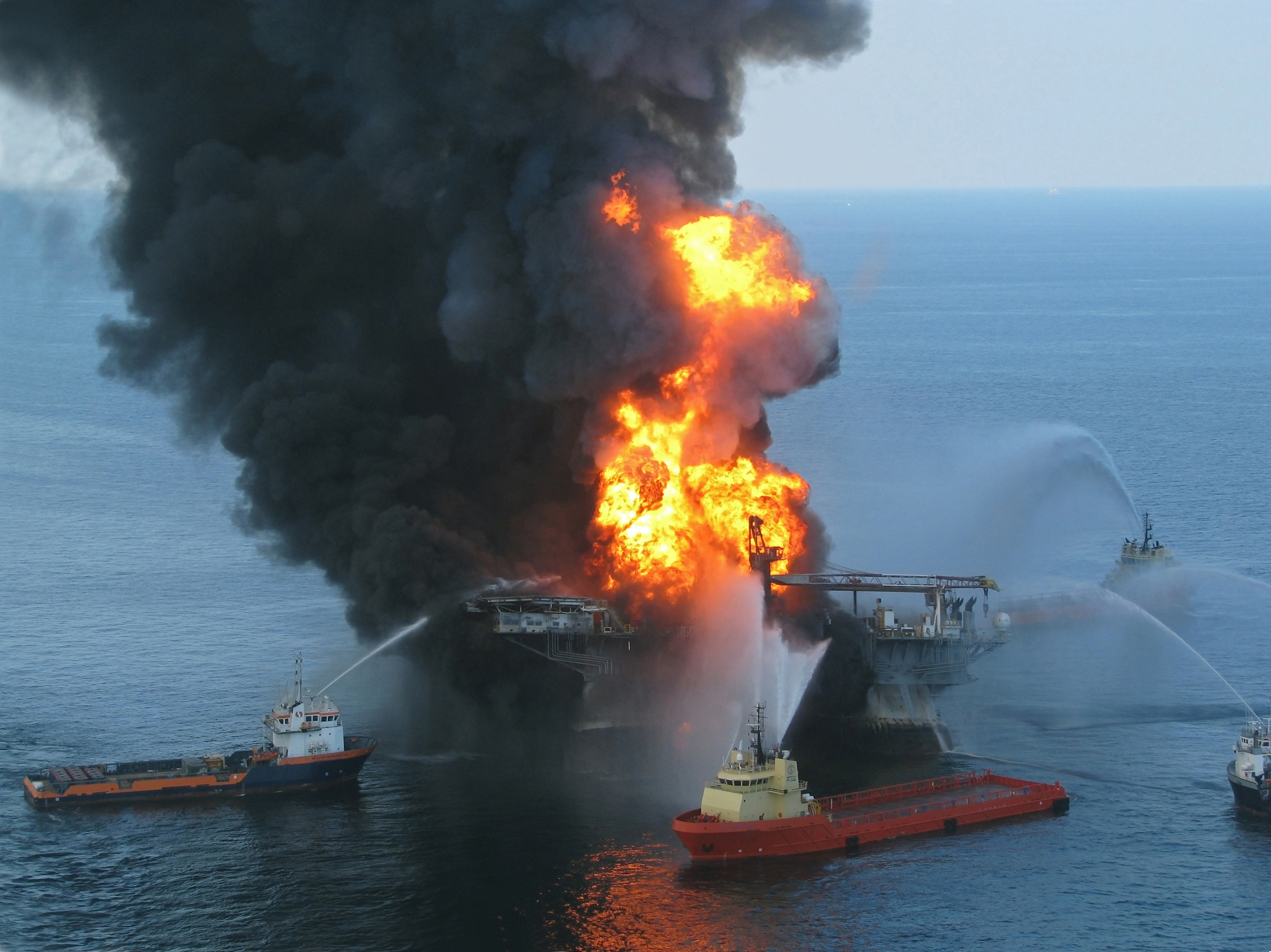 The explosion on the Deepwater Horizon oil rig. [Wikipedia]

The US government on Monday (5 October) announced the details of a record $20 billion civil settlement with the British oil company BP over the 2010 explosion of the Deepwater Horizon oil rig in the Gulf of Mexico.

Attorney Gen. Loretta Lynch called it “the largest settlement with a single entity in American history”.

The Gulf of Mexico oil spill, also known as Deepwater Horizon oil spill, after the name of the BP drilling platform which exploded on 20 April 2010, is the largest oil spill in US history.

US District Judge Carl Barbier in New Orleans had previously found that 134 million gallons (507 million litres) of oil spilled into the Gulf in the nearly three months that the well was not contained. Eleven oil workers died in the explosion.

“Once approved by the court, this agreement will launch one of the largest environmental restoration efforts the world has ever seen,” Lynch said at a news conference. “BP is receiving the punishment it deserves, while also providing critical compensation for the injuries it caused to the environment and the economy of the gulf region. The steep penalty should inspire BP and its peers to take every measure necessary to ensure that nothing like this can ever happen again.”

Among other requirements, the British company will be forced to pay $5.5 billion in Clean Water Act penalties and nearly $45 billion to five US Gulf states – Alabama, Florida, Louisiana, Mississippi and Texas.

BP had earlier already settled with people and businesses harmed by the 2010 disaster. That alone cost the firm close on $6 billion in payouts.