European Commission Vice-President in charge for European Green Deal, Frans Timmermans speaks on the Commission's proposal of the European Climate Law at the second day of a plenary session at European Parliament in Brussels, Belgium, 06 October 2020. [EPA-EFE/OLIVIER HOSLET]

The European Commission keeps a technology-neutral approach when it comes to nuclear power and will stick to its agnostic stance, said Timmermans, who is vice-president in charge of the European Green Deal at the EU executive.

“The huge advantage of nuclear power, of course, is that it’s emissions-free,” he said on Monday (26 October) during an online chat with Fatih Birol, the executive director of the International Energy Agency (IEA).

“If you come to the conclusion that this is your best option, the Commission will certainly not stand in your way,” he said when Birol asked him about his views on nuclear power.

WATCH NOW 🔴 We’re live with European Commission EVP @TimmermansEU & our Executive Director @IEABirol for an IEA Big Ideas talk on next steps for the #EUGreenDeal ⬇️https://t.co/NM5l86kn9J

The statement by Timmermans suggests the European Commission will not block state aid for new nuclear projects in Poland and the Czech Republic, which have expressed interest in the technology as a way of meeting EU climate goals.

The country wants to build 6-9 gigawatts (GW) of nuclear energy capacity as part of plans to phase out coal power. It aims to complete the construction of its first nuclear power plant by 2033 but has not yet worked out a financing scheme.

Under a deal struck earlier that week, the US energy department said Warsaw was likely to buy $18 billion in nuclear technology from US companies.

The Czech Republic, for its part, said it “has no other choice than nuclear energy” in order to meet EU climate goals and would only support higher climate targets if Brussels clears a planned state aid request for the construction of a new nuclear block in Dukovany. 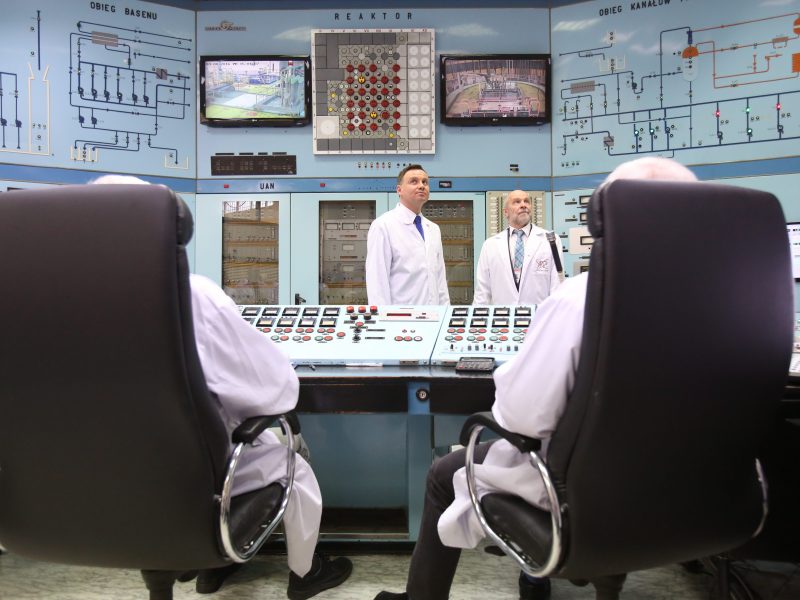 Timmermans acknowledged the benefits nuclear power can bring in the transition to a zero-carbon economy but pointed to “serious disadvantages,” such as uranium imports and treatment of radioactive waste.

“And if you invest in it, you’re stuck with it for a very, very long period of time,” he added, citing the need to take into account the whole life-cycle of the investment, from building costs to waste treatment.

And given the rapid fall in the cost of solar and wind, Timmermans urged countries that are considering nuclear to decide “in a completely rational way”.

“Do the numbers and then draw your conclusion, that’s my only plea,” he said. “Because if you commit to new nuclear, be aware of the massive, massive levels of investments you will need and be aware of the cost” over the entire life-cycle “which means that you will be stuck with it for a long, long, long time.”