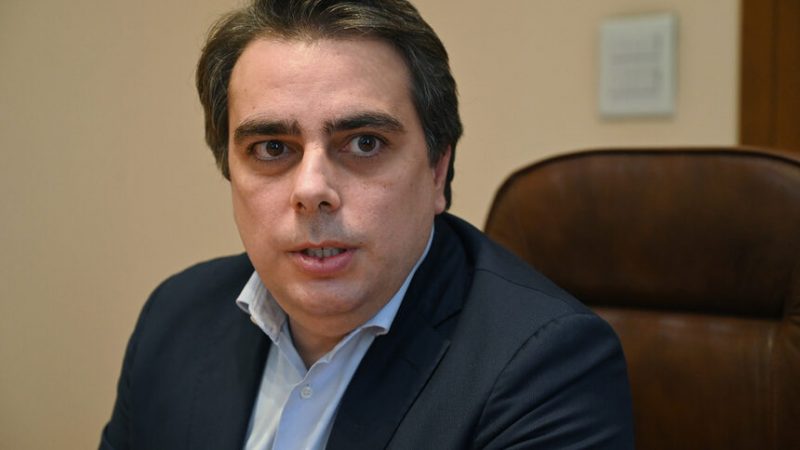 A regional coordination centre will be set up in Bulgaria to manage the overall use of gas and electricity infrastructure and additional gas purchases for the Balkans and Italy, announced Deputy Prime Minister and Finance Minister Asen Vassilev in Brussels after meeting with EU Commission President Ursula von der Leyen and Executive Vice-President Frans Timmermans on Thursday (28 April).

Bulgaria has received strong support from the European Commission for its decision to refuse to pay Russia for gas in roubles.

“We asked for the Bulgarian infrastructure to be used for gas distribution in the region, and it will be used for this centre (for distribution of supplies). We are looking for the best infrastructure solution to start joint gas procurement and to optimise electricity supply,” said Vassilev, who was accompanied to Brussels by Energy Minister Alexander Nikolov.

Bulgaria can use the Trans-Balkan gas pipeline, which for 30 years transported Russian gas through Ukraine to Southeast Europe. Its capacity is 17 bcm, it can reverse gas flows, and is currently not used at the expense of the Turkish Stream.

The Trans-Balkan gas pipeline has sufficient capacity and connection to the networks of neighbouring countries to play a significant role in freeing the region from gas dependence on Russia together with the Bulgarian-Greek gas interconnector. Liquefied natural gas (LNG) can be imported through Turkey and Greece and use the same pipelines to serve the region, reducing dependence on Russian gas. However, such a plan requires consensus among the participating countries of Southeast Europe.

Before the start of Russia’s war in Ukraine, the main challenges were political, not technical, but now the situation is completely different, commented sources from EURACTIV Bulgaria.

The capacity of the Trans-Balkan Stream has been reserved by Gazprom, although it is not used. Following the unilateral breach of agreements with Bulgaria, the country can seek legal options with the help of the European Commission to release the pipeline’s capacity.

The Bulgarian delegation in Brussels announced that, within two weeks, the coordination centre in Bulgaria would first work on coordinating additional gas purchases for the region. The idea is to achieve the maximum capacity for the region and then organise common European purchases. The decision on common European procurement will be taken in mid-May. Prices may turn out to be lower than those of Gazprom if all planned, Vassilev said.

“The regional task force will concentrate on the year ahead and provide specific regional expertise and know-how to develop and implement the REPowerEU action plan to reduce dependency on”, the Commission said. It will support and coordinate the implementation of the joint preparedness plans in the region, including international purchase, storage and interconnections – thus contributing to the security of supply in Bulgaria, the region, the energy community and beyond.

Bulgaria will reach out to countries in its neighbourhood on this task force and organise the first ministerial meeting on 5 May.

The Bulgarian deputy prime minister commented that he had clearly stated in Brussels that the payments for Russian gas in roubles violated the sanctions, and this opinion was confirmed on Thursday, “so the payments demanded by Gazprom cannot be made.”

He added that Bulgaria had asked the Commission for legal assistance for possible arbitration against Gazprom.

“Whether a dominant position on the market has been used in this unilateral termination of the contract and all options are being investigated, if we have grounds, we will sue Gazprom for the suspended deliveries,” Vassilev commented.

Bulgaria is exploring the possibility of the Bulgarian gas company Bulgargaz suing Gazprom over suspended supplies, and alternative quantities of gas may be cheaper than Russian ones.