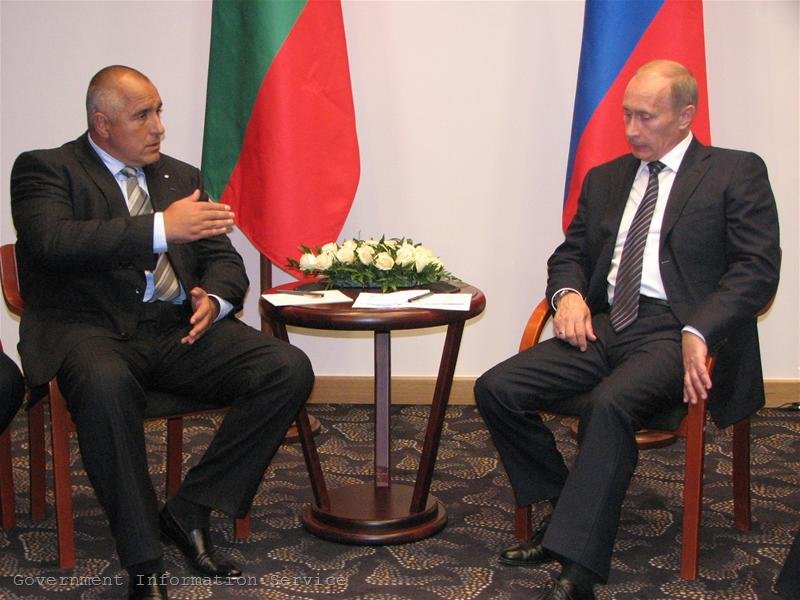 Russian Prime Minister Vladimir Putin and his Bulgarian counterpart Boyko Borissov have agreed to set up a joint venture for the Bulgarian section of the South Stream pipeline, giving it a competitive edge over the competing Nabucco project supported by the EU. Dnevnik, EURACTIV's partner in Bulgaria, contributed to this article.

In a telephone conversation yesterday (21 October), Putin and Borissov agreed to establish a Russian-Bulgarian joint venture by 15 November that will conduct a feasibility study for the Bulgarian section of the South Stream pipeline.

The two leaders also confirmed their commitment to completing construction of the Belene Nuclear Power Plant ( NPP) and discussed the possibility of attracting third countries to the project, according to a statement published on the Russian government's website.

During negotiating with Sofia, Moscow has been pushing forward its energy projects in Bulgaria as a package (see 'Background').

According to sources cited by Bulgarian daily Standart, Putin and Borissov will meet on 15 November to sign the deal, which is expected to include steps for building the Belene NPP. The venue of the meeting is not yet known.

The telephone conversation appears to mark the end of Borissov's strategy of giving equal treatment to the competing South Stream and Nabucco projects. It could also herald defeat in the prime minister's attempt to reduce his country's dependence on Russia for energy.

South Stream is designed to achieve full control over Bulgaria's gas pipeline network, experts warned recently. While Nabucco is stumbling over legal obstacles to laying its pipes on Bulgarian territory, its Gazprom-backed competitor, through the recent so-called 'Varna deal', includes a compromise solution for transporting some of the gas from South Stream via the existing Bulgarian gas pipeline network.

The deal, which will see Bulgarian pipes carry 17 billion cubic meters (bcm) of South Stream's expected 63 bcm, appeared to be a concession from Borrisov, who had initially ruled out this option.

In fact, both South Stream and Nabucco rely on sections of existing pipeline in the transit countries.

Putin and Borissov have reportedly noted "a positive development" in implementing the agreements on the Belene Nuclear Power Plant. They also discussed "inviting a third investor from a country experienced in nuclear energy production".

The new plant, which is only Bulgaria's second and comes 20 years after the construction of the first in Kozloduy, is expected to become operational in 2013-2014, at an estimated cost of €4 billion.

Bulgaria is key to the South Steam gas pipeline project, which is planned to run from the Black Sea's Northern Caucasus shore to the Bulgarian port city of Varna.

The Gazprom-ENI South Stream project is seen as a rival to Nabucco and its commissioning term is also nearly identical to the EU-favoured project. Bulgaria is also a key stakeholder in Nabucco (see map).

The Borisov-led government challenged the previous energy agreements with Russia and suggested a possible withdrawal from projects due to their high costs (the Belene power plant) or to the risk they posed to the environment (the Burgas–Alexandroupolis oil pipeline).

Russia reacted nervously. Gazprom conveyed the message that it doesn’t need Bulgaria, saying the pipeline could equally run through Romania.

Under pressure, Bulgaria did not withdraw from the South Stream project but delayed key decisions, for example on setting up the company building the Bulgarian section of the pipeline.