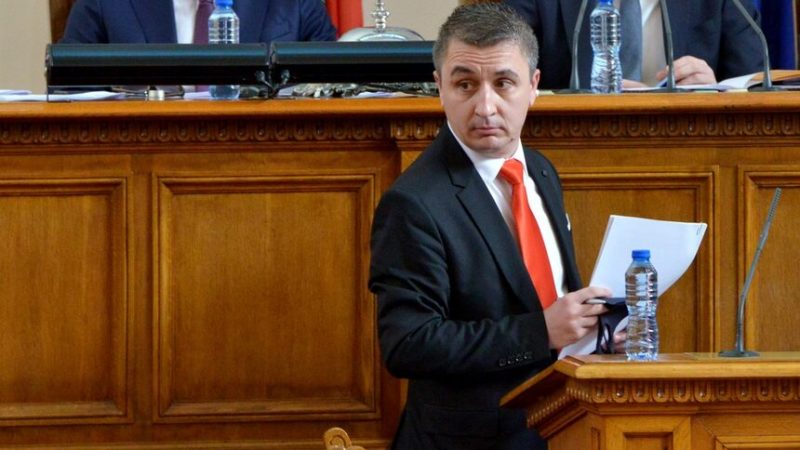 A Greek company is building the IGB interconnector (also known as Stara Zagora-Komotini or ICGB).

Because of the delays, Bulgaria loses €750,000 a day, the lost benefits for Sofia for the last year amounting to over €250 million, Nikolov said during a parliamentary hearing.

For over a decade, businesses and politicians in Sofia and Athens have made optimistic statements about the ICGB interconnector, but the construction is still unfinished.

The interconnector is crucial for Bulgaria because its completion would break the monopoly of Russian gas on the Bulgarian market for the first time. The IGB will link to the Trans Adriatic Pipeline (TAP), bringing Azerbaijani gas from Greece to Italy.

After many delays, the construction of the 182 km-long pipeline started in May 2019 and according to the contract should have been completed by the end of 2021.

Bulgaria will continue to lose even more revenue because of the never-ending construction, Nikolov warned. Bulgaria has a contract with Azerbaijan to import one billion cubic meters of gas per year (bcm/y), which roughly amounts to one-third of its consumption.

Currently, the Azeri gas is much cheaper than the gas Bulgaria imports from Russia, and the failure to bring Azeri gas amounts to lost revenue for Sofia.

At the end of last year, the President of Azerbaijan Ilham Aliyev told his Bulgarian colleague Rumen Radev that Baku is ready to export larger quantities of gas to Bulgaria than the agreed supplies of 1 bcm/y under the current contract.

However, Bulgaria cannot avail itself of this chance because the pipeline is not completed. Small amounts of Azeri gas have been imported via existing links, the capacity of which is limited.

The construction of the gas connection is carried out mainly by the Greek company Avax. The company has requested yet another deadline extension for putting the interconnector into operation, but the Bulgarian authorities have refused. There is a risk that the new target date for placing the gas connection onstream – 1 July 2022, will not be met.

Bulgaria insists that this target date is non-negotiable. “The goal is for the gas interconnector with Greece to be put into operation by 1 July, so that it is ready for the next heating season and Bulgaria receives the entire amount of natural gas under the agreement with Azerbaijan,” Nikolov told the MPs.

He suggested that a new builder could be sought to complete the pipeline. According to the construction contract, the company owes €90,000 a day in penalties from 1 January this year. This money has not yet been paid, but it cannot compensate for the losses anyway.

The opposition nationalist Vazrazhdane party, which is represented in Parliament, has accused Greece of deliberately delaying the launch of the interconnector.

Representatives of the four political forces in the governing coalition did not go that far but blamed the three successive governments of Boyko Borissov for the considerable delay in construction. It was reminded that the continuation of the “Turkish Stream” through Bulgaria, which profits Russia, was built in just one year and that this pipeline was a priority for Borissov.

On 20 December, the prime ministers of Bulgaria and Greece, Kiril Petkov and Kyriakos Mitsotakis, issued a joint statement that ICBG would be completed in a matter of months. They noted that the gas interconnector is vital for both sides. Mitsotakis said that Athens and Sofia would start “a new stage” of their cooperation on this occasion.

However, at the beginning of December, the interconnector was only 70% built, and the delay on the Greek side was reportedly even more significant. Not all pipes have been laid along the route, and neither tests nor reclamation has been performed.

The purpose of the construction of the interconnector is to connect the Bulgarian gas transmission network with the Greek network, which would also allow importing gas from the LNG terminals in the country. The interconnector with Greece is considered by the European institutions and the United States as crucial for Bulgaria’s energy security.