“I am now expecting a letter from the European Commission (on) whether they will allow me to start negotiations for a pipe directly to Bulgaria, because as those processes drag on, the entire region has become over-dependent on Turkey,” Borissov said on Wednesday (19 July).

“Now with these [deteriorating] relations between the EU and Turkey, we can ask ourselves the rhetorical question which option is best,” said the Bulgarian head of state, who was quoted by the Bulgarian press.

Borissov made the statements at the annual gathering of Bulgarian ambassadors in Sofia yesterday (19 July). He was a guest at the World Petroleum Congress in Istanbul ten days ago, where Turkey voiced its ambitions to leverage its geographic position by becoming an even more important crossroads of supply routes to the EU and a major gas hub.

“You have to bury your head in the sand not to realise that when Turkish Stream will be built and gas will start flowing, the transit via Bulgaria will stop,” Borissov said. 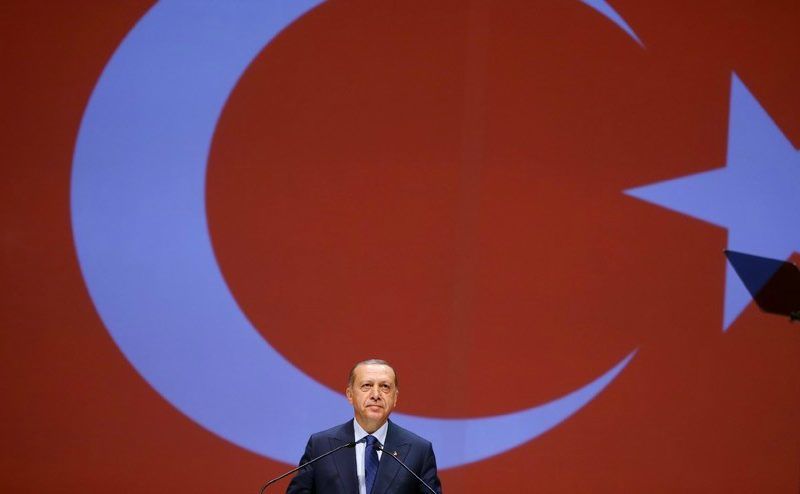 Up to now Bulgaria transits Russian gas to Turkey and obtains revenue from transit taxes. With Turkish Stream, Turkey would no longer need the Bulgarian route. Russia plans to stop supplies via Ukraine, which means that Bulgaria would have no other choice but to import Russian gas from Turkey.

Borissov wants a gas hub in Bulgaria, with EU support, at a location near Varna where the second thread of Turkish Stream with a capacity of 15.7 billion cubic meters per year (bcm/y) could reach the Bulgarian shore. Bulgaria uses less than 4 bcm/y for its own needs. All the gas Bulgaria consumes is imported from Russia, via a pipeline crossing Ukraine and Romania.

Russia however keeps its cards close to its chest and doesn’t say what route it plans for the second thread of Turkish Stream. Gazprom plans a first thread of the pipeline to supply gas to Turkish consumers, while the second will serve customers in South and South-Eastern Europe. The first thread will reach the Turkey European shore. The second thread could run parallel to the first, or take a turn to Bulgaria in the middle of the Black Sea.

The Russian state agency TASS reported yesterday that Gazprom was busy performing preparatory work for the installation of pipes for the second thread of Turkish Stream in shallow waters. The construction of the first thread started on 7 May and 50 kilometers of pipes have already been laid on the seabed, according to this report. Once again, there is no mention which shore the second thread will reach.

One of the advantages of the Bulgarian route is that everything has already been planned under the cancelled South Stream project, and the works could take place very fast.

Borissov said that another advantage was the Bulgarian internal pipeline network, which in his words was the most advanced in the region, and was equipped with US-made capacities for reverse flows. He said that with the planned gas hub, Bulgaria would have the capacity to supply even Ukraine, in case of need.

Turkish Stream replaced South Stream, another Gazprom project to bring Russian gas to the Bulgarian shores. The project was suspended after the European Commission threatened to impose infringements on Bulgaria over the many irregularities in its intergovernmental project with Russia to build the pipeline.

Borissov said Bulgaria had learned its lessons and that the new pipeline project would be built according to EU rules.

Barroso warns Bulgaria on South Stream case: 'We will act'

Speaking after EU leaders met in Brussels on Tuesday to discuss the aftermath of the European elections, Commission President José Manuel Barroso said that the EU executive would impose infringements on Bulgaria regarding the Gazprom-favoured South Stream pipeline, the construction of which is about to begin in breach with EU laws.