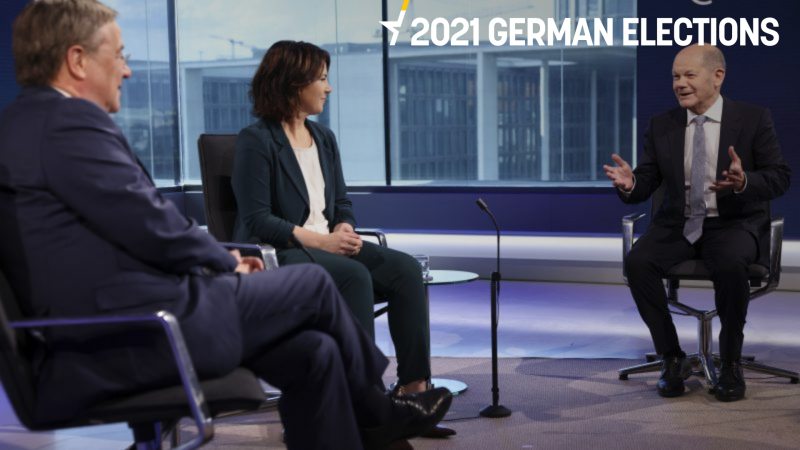 As the German election looks like anything could be possible, the leading incumbents continue to be haunted by the late coal-exit date they set in 2020. [EPA-EFE/CHRISTIAN MANG]

Germany’s 2038 coal exit date was set following a hard-fought battle during which the ruling Conservatives (CDU/CSU) and their Social Democrat coalition partners (SPD), went against a recommendation by a committee of experts and environmental groups to phase out coal by 2030.

The exit date controversy, already fraught, was further fueled by a landmark ruling by the German constitutional court requiring a tightening of the country’s climate law, as well as the increased EU ambition to reduce emissions by 55% by 2030.

Now, as Germany’s election campaign moves into the final phase, with the SPD drawing level with the CDU/CSU for the first time in 15 years, the rival former coalition partners must choose whether to promise more climate action in order to win voters from the Greens. 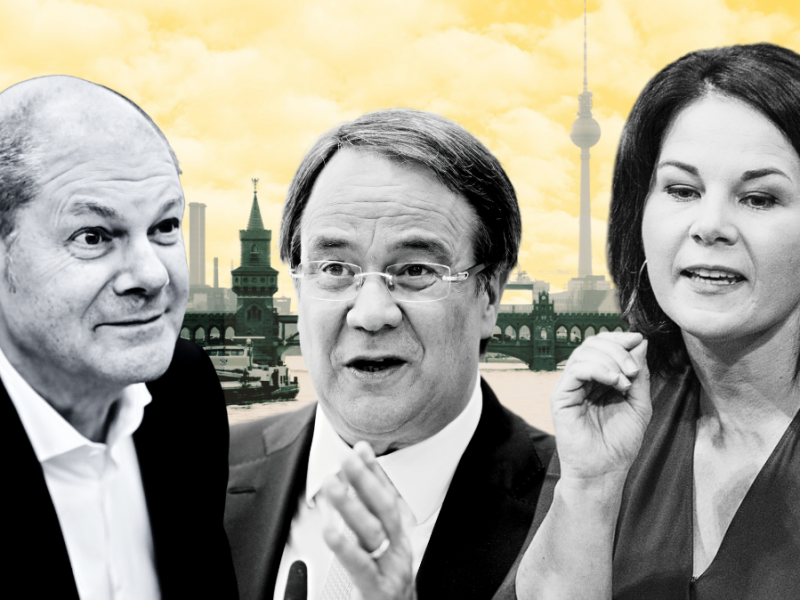 EURACTIV asked the parties to clarify their stance on various policy issues related to energy, with their answers revealing a complex relationship to the agreed coal exit date.

“CDU and CSU stand by the agreed coal compromise,” a spokesperson for the Conservative bloc told EURACTIV, adding that lignite regions, affected energy companies, suppliers, and employees could rely on them.

The party’s long-serving leader, Chancellor Angela Merkel, had no clear connections to coal, while the man painstakingly chosen to replace her, Armin Laschet, fashions himself as the son of a miner and the aegis of German industry. 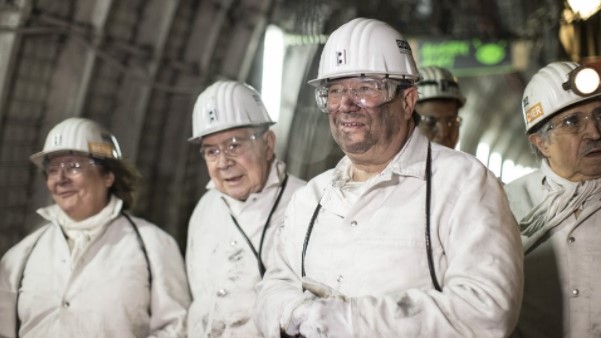 Laschet seems to be reluctant to implement more rigorous climate action policies, like moving forward the country’s coal exit date. In response to the fatal floods that hit large parts of Germany, Belgium, and the Netherlands in July, Laschet was widely criticised for his comment that “you don’t change policy because of one such day.”

And Laschet can’t seem to catch a break. His latest “slap in the face,” in the words of environmental group BUND chair Olaf Bandt, has been the controversy around the Datteln IV coal plant, recently deemed to have been built illegally.

Laschet, premier of North Rhine-Westphalia, where the plant is located, had been one of the project’s most ardent supporters. This made the 26 August court ruling all the more painful for the would-be chancellor.

At a time that Germany’s 2038 coal exit date was established, ignoring protests by scientific advisors and environmental groups, Olaf Scholz’s SPD was the junior partner in government.

Now the SPD face a difficult balancing act. They must defend the later coal exit date, popular with workers in regions affected by the coal phase-out, while attempting to attract climate conscious voters from the Greens.

The party told EURACTIV that “we stand by the date of the coal phase-out” but noted explicitly the legal clauses allowing for an earlier exit, provided Germany is then producing sufficient amounts of energy from other sources, which would primarily be gas.

Asked about Germany’s coal exit date, chancellor hopeful Scholz’s go-to response had been that “we have made explicit agreements”. However, subsequent pressure to woo environmentally conscious voters seems to have dented this resolve.

Scholz said on 24 August that he wishes to see a world in which Germany exits coal around 2034, provided sufficient renewable energy capacity is available, which Germany has been struggling to expand.

This slow and measured attempt to depart from the original party line may have been made with post-election coalition-building in mind.

Germany’s Greens on the other hand have made it their stated aim to “finalise the coal exit in 2030.” To them, aiming for the 1.5 degrees global warming cap and the Paris climate goals is simply incompatible with generating power from coal.

The Green chancellor candidate Annalena Baerbock had consistently been vocal about her desire for a “climate policy departure,” which includes an earlier exit from coal.

Unlike the SPD and the CDU, the Greens are reluctant to rely on gas. New gas plants and infrastructure as part of the coal exit must be absolutely necessary and built hydrogen-ready already, according to the party.

They have made their demands for an early coal exit a central part of their election campaign and have been one of the fiercest critics of the planned 2038 date.

Adding another twist, the pro-business liberal party FDP told EURACTIV that it favours market-based approaches, utilising carbon prices to price coal plants out of the market rather than ban them outright.

The FDP is critical of the controversial payments the German government had been obliged to make to compensate operators of first nuclear and then coal power plants, as a consequence of the legislative intervention in the market.

Germany is set to pay affected power companies €4.35 billion in compensation by 2030 according to its coal exit law. It is still pending Europan Commission review, as it qualifies as state aid.

Germany’s far-left Linke party is also a proponent of a 2030 coal exit date. The party’s policy stance has gained in importance alongside the rise of the SPD in the polls, as a ‘left coalition’ of SPD-Greens-Linke, may be mathematically possible.

Taken as a whole, German opposition parties are united in opposing the 2038 coal exit date, due to environmental or financial concerns.

According to an analysis by Europe Elects in cooperation with EURACTIV, the likeliest election outcome is a three-way coalition, a historical first.

This may result in protracted coalition talks and a relatively unwieldy government, and coal exit will be only one of the problems it will face.