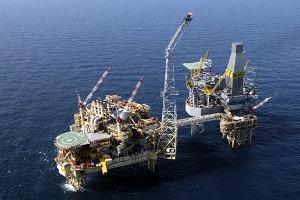 A high-pressure gas leak from a North Sea offshore platform operated by Total shows that the security of oil and gas operations is still a critical issue in Europe, the European Commission said yesterday (29 March).

Total said it was looking at ways to extinguish a flare left burning less than 100 metres from where explosive natural gas was leaking from the French energy company's Elgin North Sea platform for a sixth day.

The company dismissed the risk of a blast at the platform, 240 km off the east coast of Scotland, and the British government said the flame had to remain burning to prevent excess gas pressure from building up.

But one energy industry consultant said Elgin could become "an explosion waiting to happen" if the oil major did not rapidly stop the leak which is above the water at the wellhead.

Marlene Holzner, spokesperson to Energy Commissioner Günther Oettinger, said the Commission has been informed about the incident by British authorities and had been in contact with Total. She said the executive would learn from the case, leading to possible updates of a proposed a regulation on the safety of offshore drilling. The regulation sets higher standards than those applied by the most advanced safety regimes in the European Union.

She said the regulation requires that companies inform the authorities about potential risks from drilling sites and outline their emergency preparedness plans.

In addition, independent verifiers would check the safety equipment, and the principle of the "polluter pays" would apply, which is not the case up to now, Holzner said.

The draft regulation would cover installations up to 350 km from the shore. Current rules cover a 22-km zone, she said.

The British energy ministry said Total was considering two options to plug the leak: drilling a relief well that would allow the flow of gas to be shut off, or blocking the well with heavy mud.

Total warned on Tuesday that it could take six months to halt the flow of gas in an accident that has thrown a spotlight on the safety record of energy production in the British sector of the North Sea.

Analysts' estimates of the costs to Total of the Elgin leak ranged from €112 million to €2 billion, depending on how long the company takes to bring it under control.

In the worst-case scenario of an explosion on the platform, however, the cost could soar to at least $7.5 billion, not including possible environmental fines, they said.