The Commission wants to withdraw the ETS free allowances in parallel with the introduction of a carbon border tax. [Shutterstock]

A CO2 levy on importers of goods from countries with lower environmental standards is one of the new ‘own resources’ being considered to finance the EU’s €750 billion recovery fund.

The new carbon tax, however, faces many hurdles including the difficulty of making the new mechanism compatible with World Trade Organisation rules.

To that end, Dombrovskis said it will be “important” to revisit the system of free CO2 allowances handed to energy-intensive industries under the EU carbon market, the Emissions Trading Scheme (ETS).

“We cannot create a situation where we give our companies free allowances, basically letting them pollute, and then imports of the very same goods are subject to levies, additional payments, based on the fact that they are polluting,” Dombrovskis said during a webinar organised by BusinessEurope, the EU employer’s group.

In a public consultation, the Commission said the new carbon border tax would provide an alternative to the system of free allowances that are currently given under the ETS to avert the risk of carbon leakage, where polluters relocate their factories to countries with lower environmental standards.

Dombrovskis agreed however that free ETS allowances cannot be withdrawn before the new carbon adjustment mechanism is in place. “It’s true that it has to go in parallel,” he admitted.

But he insisted that both options are not possible at the same time, saying Europe is taking “very seriously” the issue of compatibility with WTO rules.

EU leaders agreed in July that the Commission will put forward a proposal on a carbon border adjustment mechanism during the first half of 2021, with a view to its introduction at the latest by 1 January 2023.

Dombrovskis said the Commission was still exploring whether the new system would take the form of a tax, a customs duty, a levy or another mechanism.

Markus Beyrer, director-general of BusinessEurope, agreed that European companies cannot benefit from a “double advantage,” saying the new carbon adjustment mechanism must be compatible with the WTO.

But he also expressed fears that some European companies will still find themselves at a disadvantage once their free allowances are removed. He said companies in countries with similar environmental rules would win exemptions to avoid additional payments at the European border.

For that reason, he defended the retention of some free allowances for European companies.

Dombrovkis, who was recently appointed to take over the Commission’s trade portfolio, focused his remarks on EU-US relations.

“The top priority for the EU, and certainly one of my top priorities as commissioner-designate for Trade, is to solve existing disputes, restore a positive momentum and a positive narrative to transatlantic relations,” he said.

Given the economic crisis triggered by the COVID-19, Dombrovskis said “this is a time for keeping our friends close and remembering the alliances that really count.”

For that reason, he recommended to fix “quickly” ongoing EU-US trade disputes, in particular the Airbus-Boeing tariff war. 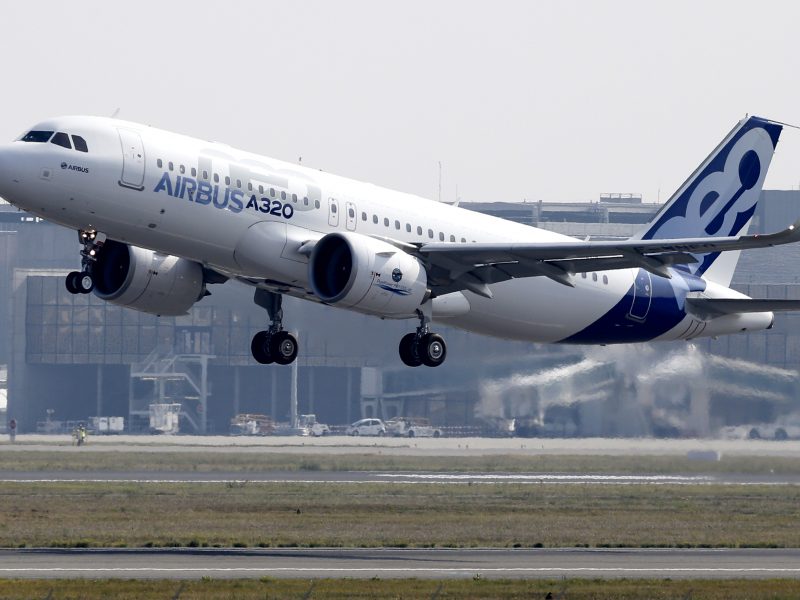 Once the WTO rules on the EU’s compensation rights in the Boeing case, the Commission expects to reach an agreement with Washington to remove the tariffs they imposed on European products as a retaliation for Airbus subsidies.

Dombrovskis also said that the recent bilateral agreement to remove some duties, including imports of US lobsters, should “recharge the batteries of transatlantic cooperation.”