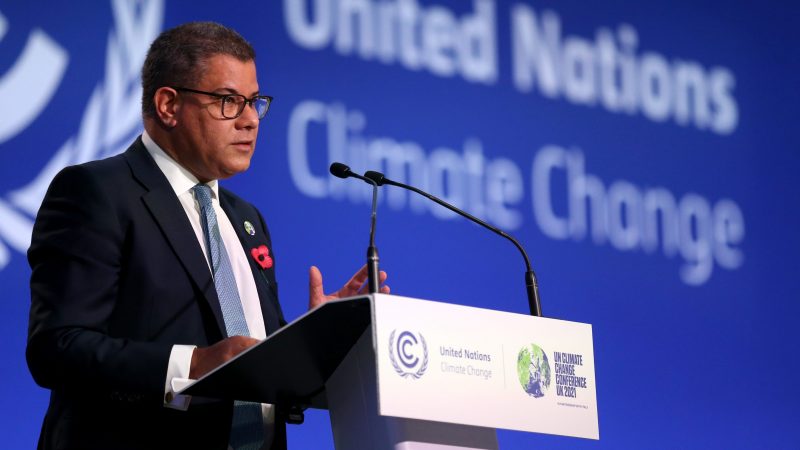 A coalition of the world’s major economies, financial institutions and organisations have come together to accelerate efforts to phase-out coal generating capacity and financing for new fossil fuel projects at COP26. EURACTIV’s media partner, edie.net, reports.

The UK Government has confirmed that more than 190 parties, including China, Poland, and institutional financial organisations, have agreed to a range of different measures that will signal the end of coal as a global power source.

The commitments have been issued through a “Global Coal to Clean Power Transition Statement” at COP26 in Glasgow that captures coal phase-outs from developing countries, vulnerable nations and some of the world’s largest polluters.

Additionally, the coalition has agreed to phase-out coal power from major economies by 2030 and 2040 for the rest of the world. This, according to the Statement, will be delivered as part of a “just transition” that benefits workers and communities that currently rely on the coal industry.

It is believed the new commitments could signal the end of more than 40GW of coal across 20 countries. Since the ratification of the Paris Agreement, there has been a 76% decline in the number of new and planned coal plants globally, equating to the cancellation of more than 1000GW of fossil fuels.

Business & Energy Secretary Kwasi Kwarteng said: “Today marks a milestone moment in our global efforts to tackle climate change as nations from all corners of the world unite in Glasgow to declare that coal has no part to play in our future power generation.

“Spearheaded by the UK’s COP26 Presidency, today’s ambitious commitments made by our international partners demonstrate that the end of coal is in sight. The world is moving in the right direction, standing ready to seal coal’s fate and embrace the environmental and economic benefits of building a future that is powered by clean energy.”

Ministers are expected to mark Energy Day (4 November) at COP26 by detailing the specific announcements and commitments.

They are expected to tie into the No New Coal Power compact that was introduced by six nations at the UN High Level Dialogue in September and the Global Coal to Clean Power Transition Statement. Ministers are expected to confirm that all new public finance for unabated coal power plants will be stopped by the end of the year.

The UK Government is expected to champion the fact that more than $20bn has been committed at COP26 to the phase-out of coal globally.

Earlier this year, for example, the leaders of the G7 nations agreed a joint commitment to ensure their power sectors reach net-zero in the 2030s, setting up for the economy-wide transition by 2050.

Detailed in the new communique is a commitment for all G7 members to stop providing public finance to the coal sector this decade. While several G7 nations, including the UK, have already pledged to end coal generation before 2030, the pledge is particularly significant for Japan. Coal accounted for 31% of Japan’s electricity generation in the 2019-20 financial year and it is believed to be the world’s second-largest coal supporter, behind only China.

It included a commitment to stop direct funding for coal-fired power stations in OECD nations by the end of 2021. It has been rumoured that an official announcement regarding the phase-out plans of OECD nations could be delivered at COP26.

The UK Government will also mark Energy Day by launching a new International Just Transition Declaration, which commits nations and organisations to ensuring that the move away from coal and high-carbon industries creates new green jobs and opportunities for society, especially in emerging economies. So far, 12 nations have signed the Declaration, including the UK and EU Commission.

A total of 27 new members have joined the Powering Past Coal Alliance (PPCA), bringing total membership to 164 nations, cities and regions. They build on the 50 new members that were unveiled at various times during 2021 and 65% of the OECD and EU countries are now members of the Alliance.

Notable new members include Europe’s third-largest coal fleet in Ukraine, which is targeting a phase-out by 2035 and Chile, which is aiming to bring forward an existing 2040 deadline. Mauritius has pledged to phase out the use of coal by 2030 and Singapore becomes the first Asian nation to join the Alliance.

Elsewhere, Slovenia and Estonia (the latter of which is already coal-free) will strengthen coal phase-outs in the EU and Croatia, which joined the Alliance in June, announced a 2033 phase-out at COP26.

Export Development Canada is the first export credit agency to enter the Alliance. Together, the now 33 finance members of the Alliance account for more than $17trn in assets.

New sub-national members include from Polish mining centre Wałbrzych and Koszalin, one of the greenest cities in Poland, South Africa’s third-largest city Durban, Guimaras and Negros Occidental Provinces and Ormoc City in the Philippines.

Finally, DTEK, the biggest private investor in Ukraine’s energy sector, has set a 2040 phase-out and Indika Energy, an Indonesian energy company, is planning to close its last power plant in 2047.

Greg Hands, UK Clean Growth, Energy and Climate Change Minister, said: “The Alliance is a fantastic example of how bringing together nations, regions and financial institutions can drive change so we can consign coal to history and deliver the historic Paris Agreement. The increase in global commitments to phase out coal is a huge victory to celebrate at COP26 in Glasgow. Welcoming new members today such as Chile and Singapore will bring us another step closer to securing a greener future that is powered by clean, renewable energy.”

Earlier this year, the UK Government confirmed that coal-fired electricity generation will be banned in the UK from October 2024. It is expected that the UK’s last coal-fired plant will be decommissioned one month before this deadline.

The International Energy Agency (IEA) has claimed that all countries and businesses must stop construction of new coal-fired power plants and phase out existing plants completely by 2030 in the OECD, and by 2040 in the rest of the world.

Energy Day is expected to mark notable announcements to accelerate decarbonisation and clean up the global energy mix. Ministers are expected to agree on a deal for the phase-out of fossil fuel financing.