Czech ambassador: ‘We will burn anything we can to keep our people warm’ this winter 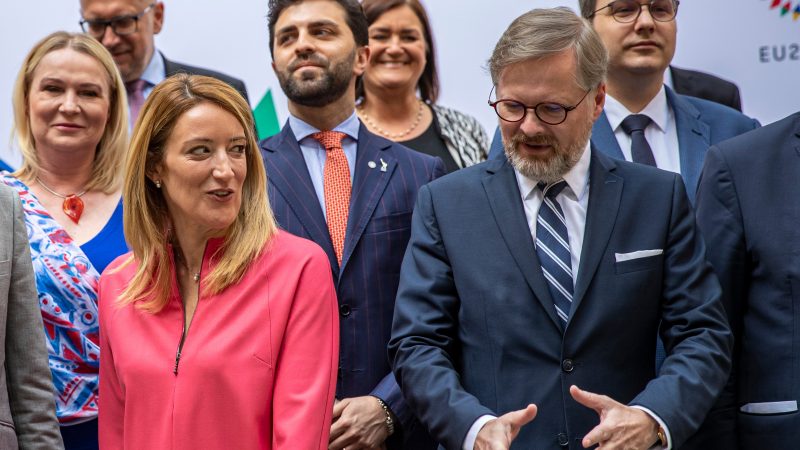 Czech Prime Minister Petr Fiala (R) and European Parliament President Roberta Metsola (L) react during a family photo session at the Liechtenstein Palace, in Prague, Czech Republic, 16 June 2022. Metsola, along with the Conference of Presidents of the European Parliament, was in Prague to discuss the priorities of the Czech Presidency of the Council of the EU. The Czech Republic's second presidency of the European Council will begin on 01 July 2022. [EPA-EFE/MARTIN DIVISEK]

When it comes to energy and the environment, the priorities of the Czech EU Presidency are clear: emphasis will be placed on energy security and breaking the EU’s dependence on Russian fossil fuels, an objective considered in Prague to be more pressing than the green transition.

“We basically have a repeat of the 1973 oil shock,” said Vaclav Bartuška, the Czech Ambassador-at-Large for energy security.

“If there is a gas cut out this winter, we will burn anything we can to keep our people warm and to make electricity,” he said.

Bartuška was speaking to Brussels-based journalists ahead of the start of the Czech EU Presidency, which begins on 1 July for a duration of six months.

Czechia will take over the rotating EU Council leadership from France, whose six-month stint at the EU’s helm expires on 1 July.

During its presidency, Prague intend to push the implementation of the European Commission’s REPowerEU plan presented in May, which seeks to reduce Russian gas imports by two thirds before the end of the year.

The plan also places the emphasis on energy savings and the acceleration of the transition to low-carbon and renewable energy sources in order to reduce the bloc’s reliance on Russian gas.

In its programme, the Czech Presidency states that the focus will be “especially on thorough implementation of the main short-term objective, i.e. remove dependence on Russian fossil fuels”.

According to Bartuška, diversification of gas supply can be achieved if European buyers can sign long-term contracts, which need to be vetted by Brussels. “We talked to possible suppliers of LNG and they all wanted long term contracts – 20 or 15 years but most of them 20,” he said.

And although the European Commission has been reluctant about long-term contracts in the past, the EU executive is now open to it, Bartuška said. “You would not hear that from the commissioner a year ago, or half a year ago, or four months ago. There’s a clear understanding on their side that the member states need to survive, the governments need to survive the winter,” he said in comments cleared for EURACTIV. 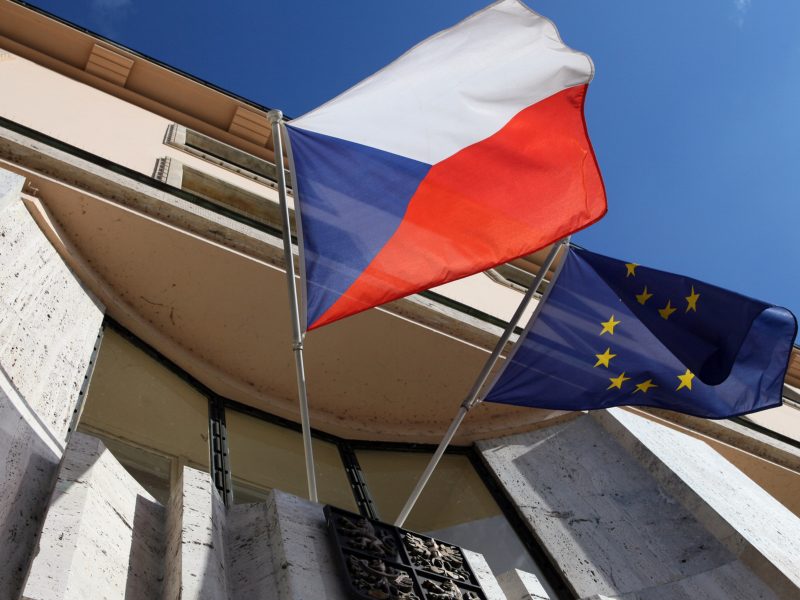 ‘No slowdown’ on green objectives

But as the EU’s attention turns to energy security, some are worried that Prague will neglect the EU’s climate agenda and sideline the bloc’s ‘Fit for 55’ package of legislation, which aims at halving the EU’s emissions by 2030.

According to the Czech Ambassador-at-Large, the energy transition has already been set in motion, and the current energy prices and political pressure will accelerate the achievement of the EU’s climate targets.

“Many decisions are made by people themselves,” he remarked. “Do you think people will buy gas heaters at the moment? Probably not,” he added, noting the “huge increase” in the number of heat pumps and solar collectors installed in the Czech Republic after February.

“The transition will be hard and complicated, but we will win. And the winners will be green technologies. It will just take some time and five years from now we will be basically asking why we burned natural gas to make electricity”.

‘God knows what will happen next’

Asked about the legislative files that the Czech Presidency intends to conclude, the Ambassador remained evasive, saying this will also depend on the speed at which the European Parliament progresses.

In a surprise vote earlier this month, the EU assembly rejected a proposed reform of the EU carbon market, sending lawmakers back to the drawing board in an attempt to find a compromise.

“God knows what will happen next,” Bartuška commented.

In the next few months, the EU’s main goal will be to secure enough gas supply in the run-up to the winter heating season. The Czech Presidency’s efforts in this context will be focused on working towards filling gas storages and promoting joint purchases of gas, he said.

Nuclear power is also seen by the Czechs as a way to ensure the EU’s energy security and meet the bloc’s climate goals.

But what the Czech Presidency will be able to achieve will largely depend on geopolitical developments and the situation in Ukraine.

“On Ukraine, we basically don’t know whether we will be sending, hopefully, reconstruction
teams in the next half year or still weapons,” Bartuška told journalists.

“We don’t know whether we will be able to move in the timeframe we agreed on in Versailles in March of this year, to phase out Russian oil and gas and everything else by 2027. Or whether Russia will shut out gas before the winter, during the winter or at any other time,” he added.