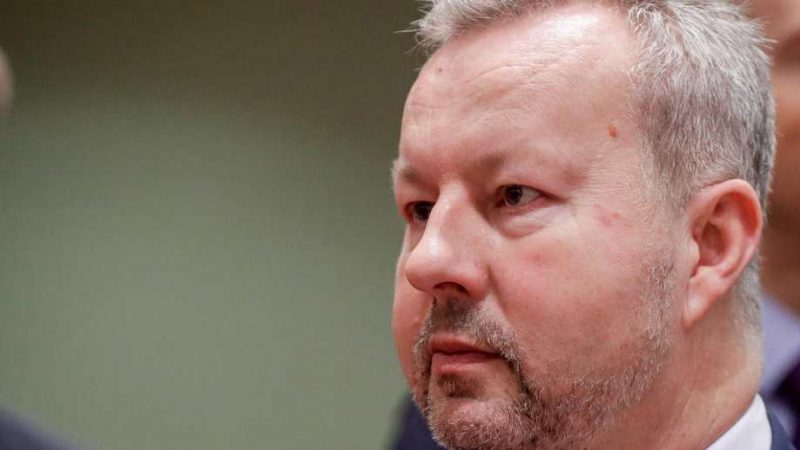 The Czech Republic and Poland are locked in a debate over the lignite mine on their shared border, but they are closer to a deal after a long night of negotiations, according to the Czech environment minister [Stephanie Lecocq / EPA-EFE]

Talks between the Czech Republic and Poland have made progress in finding an agreement to end a dispute over a Polish lignite mine on their border, Czech environment minister Richard Brabec was quoted as saying on Thursday (30 Septmeber).

Brabec and Polish climate minister Michal Kurtyka joined the talks on Wednesday, which ran into the early hours of Thursday, as the two sides continue to seek a resolution to the dispute that has moved to the highest European Union court.

“I have to say that we have moved fundamentally in several questions,” Brabec told the CTK news agency after the talks paused in the night.

He said negotiations would continue on Thursday, adding that he believed in a deal but declined to say when he thought a final agreement could be reached.

The dispute is the most serious in decades between the neighbours and allies who are both part of the EU and NATO. Talks started in May following a prolonged dispute over the mine.

The Czechs say the 30-square kilometre Turów lignite mine in Poland is damaging water supplies for communities on the Czech side of the border.

Turów feeds an adjoining power plant that accounts for as much as 7% of the energy output in Poland, and the entire complex is a major employer.

The Court of Justice of the European Union ordered Poland last week to pay a daily penalty of €500,000 to the European Commission for not halting operations at Turów, in violation of an earlier court ruling.