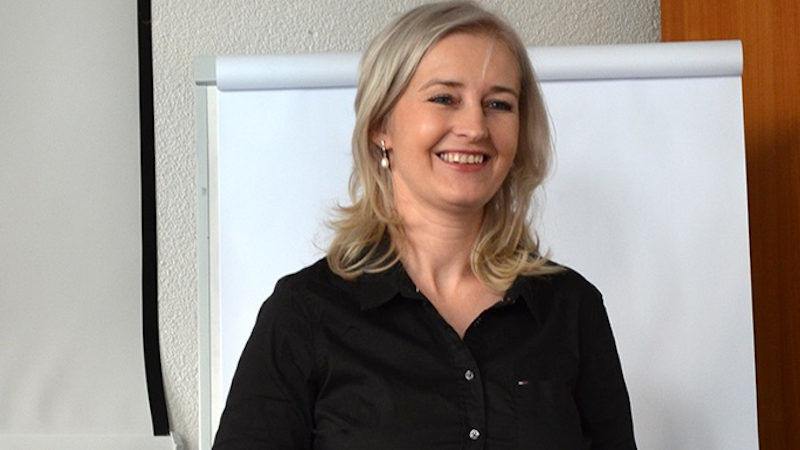 Municipal waste in Pilsen used to be landfilled. “It is better to use waste for heat and electricity generation,” Radka Trylčová, a member of a regional council which is trying to make the waste-to-energy process policy, told EURACTIV Czech Republic.

Radka Trylčová is a member of the regional council in the Pilsen Region, located in the western part of the Czech Republic. She is responsible for the environmental and agricultural agenda.

Trylčová participated in a roundtable on the circular economy organised by EURACTIV.cz.

Last year, your region adopted a new plan for waste management. What are the principles and goals of this document?

Our main goal is to reduce landfilling, increase waste separation and recycling. By 2020 we would like to recycle at least 50% of waste plastic, metal, glass and paper produced by households. When the usable components, bio-waste and dangerous substances are removed, the rest of municipal waste should be used for heat and electricity generation. We also aim at reducing the volume of biologically degradable municipal waste which is put into landfills. By 2020, this component should represent less than 35% of the overall volume of bio-waste produced in 1995.

The European Commission proposed a new EU target for recycling: 65% until 2030. What are the challenges for the Pilsen Region that this new package is going to bring?

If the EU target is adopted, providing a sufficient capacity to process separated waste will be the main challenge, not just for the Pilsen Region. We need it to be able to further use the separated waste. In an ideal situation, we would be able to reuse waste right at the place of production. However, at the moment we cannot see sufficient capacities either in the Czech Republic or Europe. Most of the separated waste is exported to Asia. If the level of waste separation increases in the EU and new processing facilities will not be provided, our dependence on non-EU facilities will be even higher.

Some opinions hold that countries like the Czech Republic would be better off setting targets for a maximum volume of municipal waste per capita, rather than targets for recycling. Do you agree?

Last autumn, a new incineration plant was put into operation in your region. How important this kind of waste treatment?

The plant in Chotíkov helps us to shift closer to developed European countries. So far, all of the mixed municipal waste used to be landfilled, with all the problems connected to this. According to our analyses, even if we meet the ambitious recycling targets, there should be a sufficient amount of non-recyclable waste. It is better to use it for heat and electricity generation.

There are many opportunities for new technologies and innovation in the circular economy. Are there any companies in the Pilsen Region which are ready to make use of these opportunities?

If the business environment offers good conditions for competitiveness in this area, new business activities will try to exploit these new opportunities for sure. Companies mainly need a stable business environment and predictable legislation in a long-term. This should be provided by the state. In my view, it is mainly an opportunity for existing waste management companies with sufficient infrastructure and experience.

Since 2010, billions of euros have been committed for energy from waste (EfW) infrastructure in Northern Europe. This would be sensible if recycling levels remained unchanged, writes Adam Baddeley.

What is your view on individual or community composting and how does the Pilsen Region support it?

In my opinion, the most efficient way of bio-waste management is to process and reuse it right at the source.

That is also why we promote composting. This support is incorporated in the waste management plan and we use money from the EU funds for it. Municipalities are interested in getting compost bins and lending them to citizens who are able to compost bio-waste at home.

We also support purchases of equipment for the collection and processing of waste of plant origin. It is important to make sure that only materials of sufficient quality are collected. The compost we produce can be used, for example, for the maintenance of public greenery or in agriculture.

There is energy in your bin. A large part of it is renewable. And it works even when there is no wind or sun. Why not use it, asks Patrick Clerens.