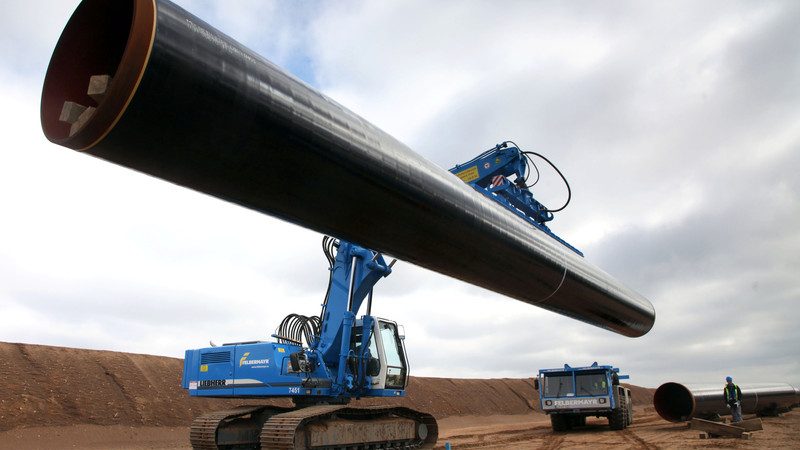 The Danish permit was the last needed for the 1,230-km-long pipeline from Russia to Germany. The United States and several eastern European, Nordic and Baltic countries have expressed concern that the project, led by state-owned Gazprom, will increase Europe’s reliance on Russian gas.

US President Donald Trump has been a particularly vocal critic, warning the pipeline could turn Germany into a “hostage of Russia.”

According to its initial schedule, Nord Stream 2 should have been operational by the end of this year when a agreement on the transit of Russian gas via Ukraine, the main route for exports to Europe, expires.

The EU has urged Moscow and Kiev to reach a new agreement before Dec. 31 but there are a number of obstacles including a political row between Kiev and Moscow, a pro-Russian insurgency in eastern Ukraine and litigation between Russian gas supplier Gazprom and Ukraine energy company Naftogaz.

Germany has also said that Nord Stream 2 will only be launched if Gazprom also continues to transit gas through Ukraine.

A spokesman said the Nord Stream 2 consortium, which includes Germany’s Uniper and Wintershall DEA, Anglo-Dutch Shell, Austria’s OMV and France’s Engie, would work to complete the project “in the coming months,” but declined to specify a timeline.

More than 87% of Nord Stream 2 has been built but applications with Danish authorities to lay pipes under Danish waters have been pending since April 2017.

“We are pleased to have obtained Denmark’s consent to construct the Nord Stream 2 Pipeline through the Danish continental shelf area,” said Nord Stream 2’s permitting manager in Denmark, Samira Kiefer Andersson, in a statement.

She said that preparatory work and the subsequent pipelay would start in coming weeks but it was not immediately clear how long it would take to complete the stretch.

The Danish Energy Agency said in a statement that it had granted a permit to Nord Stream 2 to construct a 147-km section of the twin pipeline southeast of the Danish island Bornholm in the Baltic Sea.

Nord Stream 2 will have to wait another month before the permit can be used, according to Danish law which gives parties the option to lodge complaints for up to four weeks after the decision, the DEA said.