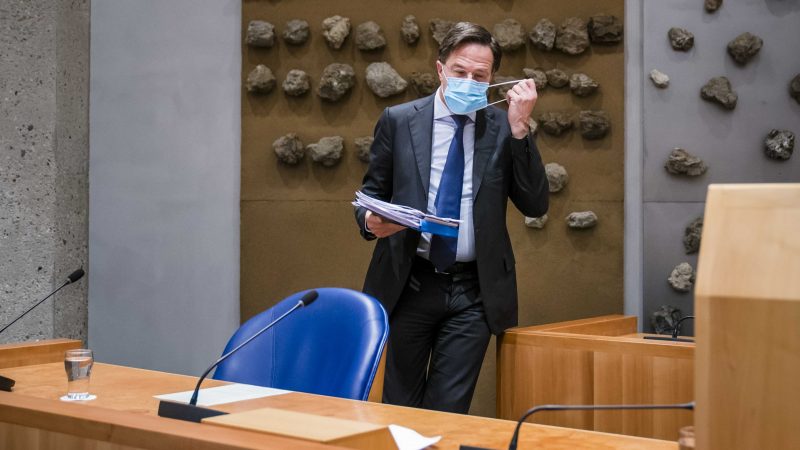 Dutch Prime Minister Mark Rutte during a debate with the House of Representatives about the possibility of extra gas extraction in Groningen, The Hague, Netherlands, 09 February 2022. [EPA-EFE/BART MAAT]

The Netherlands on Monday (14 March) said output from the Groningen gas field would be only a last option to secure its energy needs in the wake of Russia’s invasion of Ukraine, as it cut its production forecast for the facility this year.

Extraction in the year to the end of September is now expected to be 4.6 billion cubic metres (bcm), the government said in a letter to parliament, versus an outlook for 7.6 bcm released in January.

A main source of Europe’s gas for decades, the Groningen field operated by a joint venture between Shell and Exxon Mobil hit peak output of 88 bcm in 1976 and was still close to 30 bcm only five years ago.

The Dutch state announced in 2019 that Groningen output would end by October 2022 to limit seismic risks in the region, with gas only to be extracted thereafter in the event of extreme weather or unforeseen circumstances.

“The events are unsure, also because of the Russian invasion in Ukraine,” the government said.

“We continue to stress that the Groningen field will only be an option of last resort, to guarantee supply of energy to households.”

The government said it would stick to its plan to shut down the field completely in 2023 or 2024, depending on how fast gas reserves can be filled with the low-calorific gas typical of Groningen.

It said that in order to limit dependence on Russian fuels it will look to increase its capacity to import liquefied natural gas (LNG).

For this, it could expand an existing LNG terminal in Rotterdam by 5 to 8 bcm, or build a new floating facility with a 4 bcm capacity in the Groningen province, the government said.

Some are urging the Netherlands to restart production at Groningen given the extraordinary circumstances in Ukraine and a potential interruption of gas supplies coming from Russia.

“This would solve a large part of the problem,” said Thierry Bros, an energy and climate expert who teaches at Sciences Po university in Paris. “I estimate that there is at least 20 bcm” that could be produced at Groningen, Bros told EURACTIV, saying the figure is about half the 40 bcm that used to be extracted only recently.

“If there is an embargo [on Russian gas], the Netherlands will have to take a decision” in order to avert an economic recession, Bros said.