Cornwall is one of the poorest areas of England and one of the few places in the UK that, prior to Brexit, was eligible for the EU’s social fund.

Situated above tin and copper reserves, the county has a long history of mining that was phased out in the twentieth century.

The United Downs project has built on that history and put £1.5 million into the local economy to build the first geothermal project in the UK.

“There’s a big history of mining in Cornwall. People were familiar with the concept that rocks had been mined in the past,” said Dr Ryan Law, managing director of Geothermal Engineering Ltd, which launched the project.

“Miners remember the heat in the mines, so there was a story to help get planning over the line,” he told EURACTIV;

The site, which hopes to be commissioned in 2021, will produce heat and 1-3 megawatts (MW) of electricity capacity from two wells, one 2,393 metres deep and the other 5,275m deep.

These drill vertically and then curl round to intersect a fault in the ground, where granite gives the area a high geothermal gradient, or higher temperature.

Cornwall was the logical choice for the UK’s first geothermal plant. It is has the highest geothermal gradient in the UK and the region has a huge amount of data from previous geological surveys carried out for the mining industry.

One third of the region’s electricity already comes from renewables, with the council aiming to be completely reliant on renewables for electricity by 2030.

Launched in 2008, the United Downs project faced several years of permitting, fund raising and drilling. As the first geothermal plant in the UK, everything had to be done from scratch.

Law said this involved educating the local council and regulatory authorities on what the project would entail.

“It’s something new. People feel that you’re doing something else, that you weren’t telling the truth, you were secretly doing an oil project or a fracking project,” he explains.

But after the company applied for a permit in 2009, Law said most local people and the council ended up being supportive of the project.

Then there were questions about the number of jobs the projects would bring, which depends on the roll out potential.

United Downs is looking to employ 120 people, employing ten more over the autumn to help with the drilling. Heat production has contributed to a number of those jobs and potential employment is expected to increase again with mineral extraction.

“The combination of electricity, of heat use and everything that surrounds mining could be huge. We don’t yet know just how many spin offs are going to come from the whole mineral extraction aspects,” Law said.

What started out as a project to produce green electricity, expanded to heat production and then mineral extraction.

Heat and energy will be produced by water from an underground reservoir, pumped round a closed loop system between the two wells, with little need to be topped up. At the surface, the water will heat fluid that will turn the turbine of a generator and produce electricity.

Heat produced can either be used for domestic or industry purposes. A heating network is currently being considered for a nearby town.

In Cornwall, the United Downs project also came with an unexpected bonus: lithium. The soft, silvery-white alkali metal entered the EU list of critical raw materials earlier this year because of its strategic importance to the automotive industry, which uses it in the production of batteries.

Extracting lithium from geothermal fluid is the latest technology added to the potential of geothermal drilling in Cornwall, but the quantity that can be recovered depends on the processes, which are in the early stages of development.

Ultimately, the ability to scale up production will determine whether lithium mining in Cornwall becomes a viable business or not.

But Law says the COVID-19 crisis has highlighted the need to bring manufacturing closer to home. “The UK produces no lithium whatsoever and yet it wants to be at the forefront of electric cars,” he pointed out.

The increase in take up of electric vehicles is a key part of both the UK’s 10 point climate action plan and Europe’s Green Deal. By 2025, the European Commission aims to produce enough batteries to power the EU’s entire fleet.

Both the UK and Germany are looking into mining opportunities, with the aim of producing lithium locally to support growing sales of electric cars.

Lithium extraction not only provides a second income stream for risk-averse investors, it also provides more jobs to the local area.

“If you start kicking off a whole industry, that’s a massive amount of jobs,” said Law, adding it is exciting, but too early to say definitively.

United Downs will speak to the five companies with lithium-extracting processes and choose one to see if it can be scaled up to full production next year. 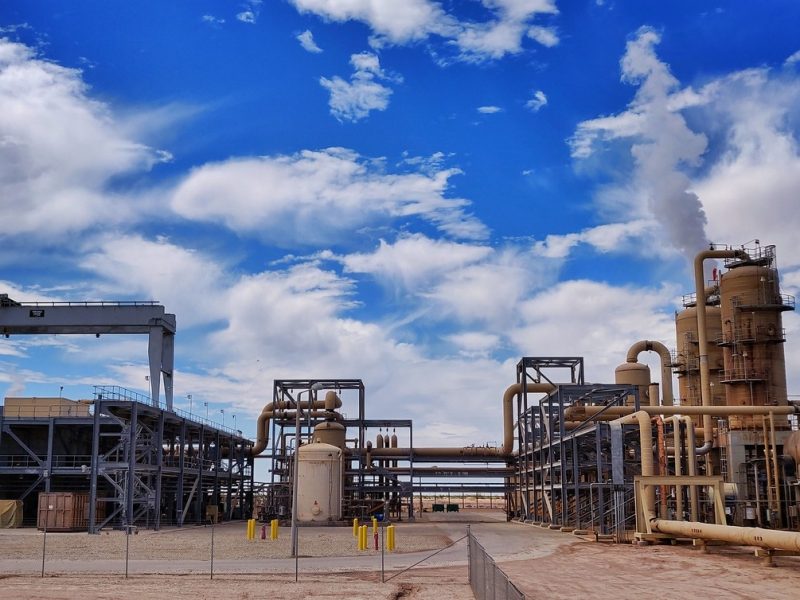