Energy chief: Cold winter will be ‘critical’ for Europe’s supplies 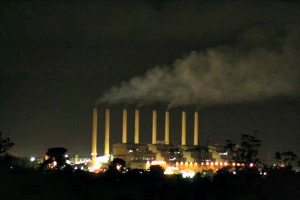 EXCLUSIVE / Europe’s power grid stability is hanging in the balance this winter, with a cold snap liable to create a ‘critical’ situation, the director of one of Europe’s five biggest power grids has told EURACTIV.

“We are in the same position as last winter,” said Ben Voorhorst, the operational director of TenneT, the Dutch national transmissions system operator (TSO). “Will it be critical? Let’s be honest, that depends on the weather.”

TenneT is also one of Germany’s four TSOs.

In February, Germany came within a whisker of power cuts after its spare capacity – the amount of surplus energy available – fell to just 2 gigawatts (GW), in the wake of the country’s post-Fukushima decision to phase out nuclear power.

Earlier this year, officials confirmed to EURACTIV that the country had only been saved from blackouts by solar power during an exceptionally sunny spell.

“It’s a broader problem for energy systems with a lot of renewables,” Voorhorst said. “The back-up for certain moments is not sufficient or hardly so. What then are the ‘back-up back-up’ power plans?”

A long-awaited winter outlook report on 30 November by Europe’s overarching TSO’s association ENTSO-E said that, under normal weather conditions, the European power system would have adequate power to meet demand “on the whole”.

But Germany’s nuclear phase-out “still has an impact on power system adequacy,” the report said and energy imports might be needed. If the winter is severe, the risk of an energy shortage in the country would be “non-negligible”, ENTSO-E said.

Its report flags the end of January and beginning of February as the “most critical” times when severe weather could potentially cause energy shortages in Germany and a host of countries, including Belgium, France, Finland, Latvia, Poland and Sweden.

In particular, “Poland cannot ensure adequacy under severe conditions during the coming winter,” the report says.

“We agree with the TSOs,” an official from one of Europe’s biggest energy utilities told EURACTIV, speaking on condition of anonymity. “The situation could be very difficult again this year.”

Under a ‘Winterhilfe’ (winter help) plan, Germany has authorised the reserve use of gas-powered stations to keep the lights on, particularly in the Bavaria region, the official said.

Asked whether this would be enough, he would only reply: “That’s what the government and the grids agency think. We’ll have to see.”

Because of preferential treatment for renewables, most of Germany’s flexible gas-powered stations were offline, the source claimed, adding: “they’re just not profitable.”

But environmentalists rebuff such comments as hype for increased capacity payments to gas power plants. These, they say, are growing uncompetitive because of the low marginal costs of renewable energies, like wind, as analysis from Moody's Investor Service last month also indicated.

But in the absence of grid connections and expensive storage facilities, renewables still rely on a ‘baseload’ energy supply – usually gas – to compensate for windless and cloudy days. This in turn has led to capacity payments to keep emergency gas supplies available.

By some estimates, Germany currently gets 41% of its power from coal and  about 25% from renewables – such as wind and solar PV – a fast-rising share of its energy mix.

But a lack of urgency in tackling the country’s ageing grid interconnection system is preventing this clean energy being efficiently transported, Julian Scola, a spokesman for the European Wind Energy Agency (EWEA), told EURACTIV.

“The German energy market remains fragmented because of inadequate grid connections and there have been major problems in connecting prospective offshore grid farms to the mainland grids,” he said.

One result of the grid shortfall is that wind energy from north to south Germany has been plagued by loop flow problems, often forcing its diversion through third countries such as Poland and the Czech Republic.

“It is Kirchhof’s law that energy flows where it can and not where it should [go], so of course the polish and Czech grids are affected,” said Boris Shucht, chief executive of Germany’s 50hertz.

Cross-border negotiations between TSOs to solve the issue were well underway as a first step, but “it is about money at the end of the day and the national regulators and national governments have to agree to a solution,” he said.

“It’s a regional problem and we need to move away from nationalisms,” he added.

Industry insiders say that Poland, the Czech Republic and the Netherlands have all threatened Berlin about the practice of re-routing electricity, but one German official told EURACTIV that the issue was not so simple.

“A coin always has two sides,” he said. “You can look at one side or the other but both exist. Our Polish and Czech friends have a fair point but they are also part of the problem and it’s not one that they can finger-point at another country.”

One response to “Energy chief: Cold winter will be ‘critical’ for Europe’s supplies”