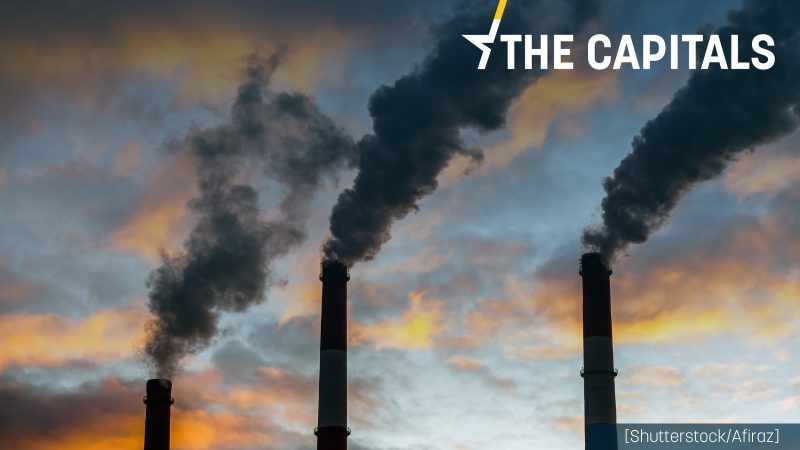 Some EU regions planning coal exits are now seeing a ramp-up in production and fossil-powered energy generation in response to the hike in gas prices and Russian gas cut-offs. [Shutterstock/Afiraz]

The EU’s push to cut its dependency on Russian fossil fuels in the wake of the war in Ukraine has derailed bloc member plans to phase out coal power.

Some EU regions planning coal exits are now seeing a ramp-up in production and fossil-powered energy generation in response to the hike in gas prices and Russian gas cut-offs.

The EU set up a €17.5 billion Just Transition Fund (JTF) for the 2021-2027 budgetary period to help coal-reliant regions transition to clean energy and alternative job opportunities.

To access the funding, coal regions must commit to a roadmap that lays out emissions reductions by 2030 in a Territorial Just Transition Plan (TJTP).

So far, the Commission has only come to a final agreement with Greece and Germany on their regions’ plans, but, according to the EU executive, “almost all” other member states have shared at least informal drafts with them.

However, the EU’s push to cut its dependency on Russian fossil fuels has left many countries struggling to find alternative short-term solutions.

“When the JTF was set up, there was zero idea about the Russian invasion,” Lilo Bärbel Rösch, co-author of a report on the TJPTs  told EURACTIV.

“It was an exceptional geopolitical twist,” Rösch added.

In response to the crisis, some countries have chosen to return to coal to meet their energy needs.

For example, last month, the Netherlands announced plans to run its coal-fired power stations at a higher capacity to reduce fossil gas consumption. Before this, these stations could only run at 35% capacity.

Yet, the basic framework document for EU structural investments in the Netherlands for the next seven years, published by the European Commission days after the announcement, promised Dutch regions “with large emission-intensive industrial clusters” €623 million from the JTF to help transition to a climate-neutral economy.

Poland, the biggest beneficiary of JTF funding with €3.5 billion allocated, is heavily dependent on coal and has seen its dependence increase since the energy crisis started.

Poland is responsible for nearly a fifth of total EU coal, and it saw coal mining increase in the first few months of 2022,  compared to the same period in previous years.

In March alone, 5.483 million tonnes of coal were extracted, the highest recorded level since November 2018.

In neighbouring Czechia, coal companies that had planned to curb mining ended up expanding it.

The Czech coal company Sokolovská uhelná has re-hired dozens of employees – most of whom were fired two years ago. The company justified the expansion with the need to secure enough coal for the winter season, Czecz Television reported.

In Germany, too, the coal power plant operator RWE in North Rhine-Westphalia, a state covered by TJTPs already approved by the Commission, put a halt to early retirement schemes for its employees and is looking for additional staff.

In total, hundreds of workers are likely to be hired to ensure that coal power plants are at the ready.

Back in Brussels, the European Commission is aware that some coal-producing regions and member states are planning to increase their fossil fuel use.

In response to EURACTIV, the EU executive said it was currently “carefully analysing recent announcements and the scale and duration of intended coal use”.

While the EU’s new plan to transition away from Russian fossil fuels foresees that some existing coal capacity may be used “more than initially expected in the short term”, EU countries remain legally bound to reduce net emissions by at least 55% by the end of this decade.

However, “any temporary extended use of coal with its inevitable effect on emissions will need to be balanced out by more energy efficiency and energy savings and more renewable energy use between now and 2030,” the Commission said.

Asked if it is prepared to suspend funding to JTF regions that go back on their commitments, the EU executive told EURACTIV that any “serious deficiency” in previously agreed goals or EU law can lead to suspension or clawbacks, “which apply in particular in the event of irregular expenditure”.

It did not, however, specify what constitutes a “serious deficiency”.

“There is a sense of leniency because of the war,” said Rösch.

The Czech Regional Development Minister Ivan Bartoš, whose country took over the rotating presidency of the EU Council on 1 July, admitted that some regions are “probably” not using funding “the way they are supposed to, and it’s a mess”.

However, with the war in Ukraine, “the structure of the projects under the Just Transition Funds should change” since “the playground has changed,” he told EURACTIV.

It is important to stress that the short-term reopening of coal plants should only happen as an absolute last resort once it is clear there are no alternative ways to produce the required energy, said Jens Hunsbeth Schreuder, a policy officer covering the just transition for the NGO CEE Bankwatch.

“Alternatives are often cheaper and more effective than reopening coal infrastructure, so the European Commission needs to be vigilant in this question,” he said.