Energy efficiency law ‘too ambitious’ for some EU member states 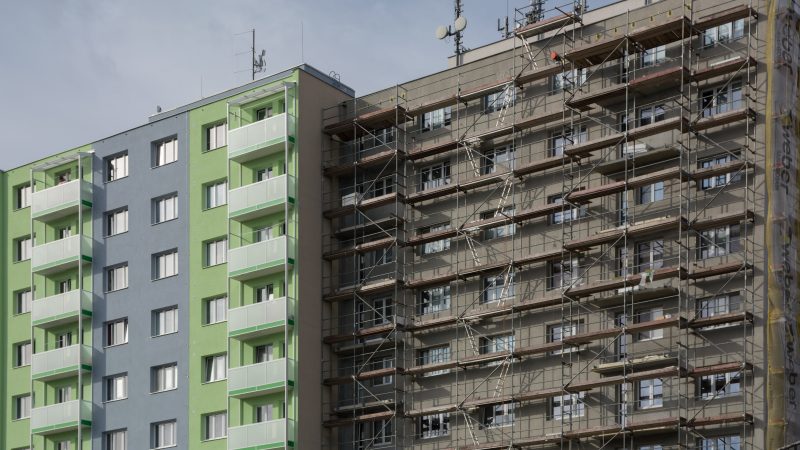 Latvia in particular is critical about the expansion of the renovation requirement to all public buildings, saying social housing should not be regarded as a public institution, according to a source following the talks. [Tomas Mikl / Shutterstock]

A progress report prepared by the Slovenian EU Presidency ahead of a meeting of EU energy ministers tomorrow (2 December) gives an overview of the state of play on the directive.

But the reactions of some member states has caused concern among energy efficiency advocates.

“It is extremely worrying to see that EU countries are reluctant in picking a low-hanging fruit in their efforts to tackle dangerous climate change” and reduce dependence on volatile gas imports, said Verena Bax from Climate Action Network Europe, a campaign group.

The proposal was put forward in July this year as part of broader plans by the European Commission to cut the EU’s emissions in half before the end of the decade.

For the first time, the revised directive makes the EU’s energy-saving objective a legally-binding one, obliging EU countries to collectively reduce their energy consumption by 9% below 2020 levels by 2030.

EU countries must also achieve new annual savings of 1.5% of final energy consumption as of 2024, up from the current level of 0.8%.

When a country falls behind its national objective, “gap-filling mechanisms” will automatically be triggered.

But the EU progress report highlights “reservations” expressed by some EU member states on the proposal.

While most EU countries support energy efficiency in principle, “many delegations expressed concerns about the overall ambition level of the proposal” and “underlined the need for flexibility” when it comes to meeting the objectives at the national level, the report said.

National targets, they argue, must allow “sufficient flexibility to take into account national specificities and the particular energy-saving potential of each member state,” says the report, which does not mention any countries.

Regarding the annual 1.5% energy savings obligation, “several delegations see a direct link to the overall EU target and estimate that such an increase for all member states is too ambitious,” the report says.

The Slovenian Presidency report does not say which countries expressed the reservations on the 1.5% target. But according to a source familiar with the discussion, those are Bulgaria, Croatia, Czechia, Cyprus, Finland, Greece, Hungary, Ireland, Latvia, Slovakia, and Sweden.

Similarly, many see targets to reduce energy consumption in public buildings as too rigid. “The requirement of annually renovating 3% of the total floor area of the buildings owned by public bodies and achieving nearly-zero energy consumption (NZEB) is evaluated as too stringent by the many Member States, which regretted the deletion of exemptions,” the report says.

For some, “the potential inclusion of social housing in the scope is of particular concern”. For historic buildings, in particular, reaching nearly-zero energy consumption is “not possible,” others warned.

Latvia is critical about expanding the renovation requirement to all public buildings, saying social housing should not be regarded as a public institution, according to a source following the talks.

Other EU countries expressed concerns about excluding gas boilers replacing old heating appliances running on coal or oil. Those were raised in particular by The Netherlands, according to one source.

Poland and Slovakia, meanwhile, “strongly opposed” minimum efficiency requirements for district heating and combined heat and power plants, which are widespread in those countries but often run on polluting coal or gas, the source said.

Generally speaking, “all delegations hold a scrutiny and/or parliamentary reservation on the text and are still analysing the provisions of the draft directive,” said the progress report.

Campaigners said they were alarmed about the pushback from EU member states at a time when soaring energy prices are pushing up consumer bills.

Just weeks after COP26 highlighted the gap to reach safer levels of global warming, Bax said EU governments ought to do better. “What we see in the first examination by our governments of the proposed energy efficiency directive is worrying, to say the least. Positive proposals, like the exclusion of fossil fuels from the energy savings obligation or showcasing the exemplary role of public buildings for the renovation wave, are not receiving the right attention and priority”.

NGOs like CAN Europe have asked for more ambition on the energy efficiency directive, calling for the savings target to be raised to “at least 20% compared to the EU Reference Scenario 2020” instead of just 9%.

“It seems like a déjà vu,” said Arianna Vitali from the Coalition for Energy Savings, a non-for-profit group bringing together lawmakers, businesses, local authorities and civil society organisations.

“Just like with the last EED negotiations, many member states seem willing to water down the Commission proposal, disregarding the benefits [of energy savings] for their own economies.”

Vitali called on the incoming French EU Presidency to take the lead on the proposal and place energy efficiency as a top priority to achieve climate neutrality.

“The alternative is rising energy bills and ever-higher levels of energy poverty,” she warned.

> Read the full EU progress report on the EED below or here: