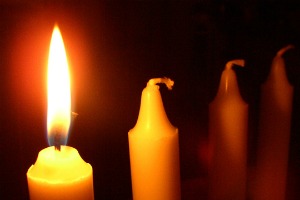 Greece's debt crisis threatened to turn into an energy crunch, with the power regulator calling an emergency meeting this week to avert a collapse of the country's electricity and natural gas system.

Regulator RAE called the emergency meeting on 1 June after receiving a letter from Greece's natural gas company DEPA, dated 31 May, threatening to cut supplies to electricity producers if they failed to settle their arrears with the company.

An energy crisis would add to the debt-stricken country's political and financial strains, threatening households and businesses with power cuts ahead of a 17 June election which may decide if the country will stay within the euro (see background).

The Greek government already risks running out of cash next month if it fails to receive fresh bailout funds from its lenders.

"RAE is taking crisis initiatives throughout next week to avert the collapse of the natural gas and electricity system," the regulator's chief, Nikos Vasilakos, told Reuters.

RAE has summoned DEPA and the affected companies to a meeting on 6 June, Vasilakos said.

According to an energy industry source who declined to be named, DEPA has no cash to settle gas supply bills worth a total €120 million with Italian gas firm Eni , Turkey's Botas and Russia's Gazprom, which fall due this month.

DEPA CEO Haris Sachinis declined to comment on the company's cash position but told Reuters: "DEPA is taking every action to avoid owing anything to its suppliers."

If DEPA cuts off supplies, Greece's independent power producers such as Elpedison, Mytilineos, Heron and Corinth Power – which cover about 30% of the country's power demand – would be forced to stop operations.

Greece's grid operator ADMIE would then have to proceed to rotating power cuts to avoid a general blackout, just as the country's summer tourism season, a rare foreign exchange earner for the country's uncompetitive economy, goes into full swing.

These producers use natural gas, much of it supplied by DEPA, to produce about 70% of their electricity output. Greece's dominant electricity company PPC uses natural gas to a much lesser extent than the other producers, but PPC's coal and hydro units would not be able to cover the shortfall.

Power companies have failed to pay their bills to DEPA because they, in turn, have not been reimbursed by LAGHE, a state-run clearing account for the nation's energy transactions.

In recent months RAE has repeatedly urged the government to shore up the accounts of LAGHE, which is sitting on a deficit of more than €300 million.

The account went into deficit because its receipts have not matched the generous subsidies it pays out to renewable energy producers, particularly for solar panels.

The easiest way to do this would be to take out a loan of between €300 and €400 million from the state-run Loans and Consignment Fund, which has the cash sitting in a so-called "Green Fund" for environmental purposes.

But the so-called "troika" of Greece's international lenders, the European Union and the International Monetary Fund (IMF), refuse to approve this move, PPC Chief Executive Arthouros Zervos told Reuters in an interview.

"They are seeing things too dogmatically," Zervos said.

Greece could also boost the LAGHE account by using about 100 million euros sitting in the accounts of the two power retailers that went bust earlier this year, Zervos said.

But energy authorities have no access to that money because it has been frozen as part of a criminal investigation into the bust. "It's absolutely crazy. This is money that power consumers paid into the energy system," the source said.

Following an inconclusive election on 6 May, Greek parties abandoned efforts to form a government and called a new election for 17 June.

Only two political parties in parliament – the centre-right New Democracy (ND) and the Panhellenic Socialist Movement (PASOK) – support the EU-backed bailout programme and its related austerity measures, which they say have kept the country's finances afloat at the cost of massive social unrest.

However, ND (108 MPs) and PASOK (41 MPs) suffered unprecedented losses in the 6 May election, and did not have enough seats to secure a majority in the country’s 300-seat parliament, even if they had formed a coalition.

But other fringe parties – including the Neo-Nazi Chrissi Avgi party, the Stalinist KKE party, and the Coalition of the Radical Left (SYRIZA), which scooped a stunning second place at Sunday's elections – firmly reject the EU/IMF Adjustment Programme.