“As a quick definition, sector coupling really comes down to electrification” – both direct and indirect, according to Gregory Kay from BloombergNEF. [Shutterstock]

So-called “sector coupling” of gas and electricity networks could make a big contribution to the EU’s objective of becoming the first climate-neutral continent in the world by mid-century, said the report, released on 11 March.

Transport, buildings and industry are the biggest consumers of energy in Europe, with heating alone responsible for almost half of the EU’s energy consumption.

Yet these sectors operate in silos and continue to rely chiefly on fossil fuels, which are responsible for the bulk of human-made global warming emissions.

Linking them all together in a “hybrid” energy system combining gas and electricity is part of the latest thinking in Brussels to extract deep emissions cuts from transport, buildings and industry, which are considered “hard-to-abate” because they cannot easily be electrified.

But doing so will require massive investments in clean power generation and structural changes to EU energy market rules, the report states.

“It will be crucial that governments and regulators adopt an electricity market design that enables developers of wind and solar projects, and those planning battery storage plants or demand response services, to anticipate the level of returns that justify their investment,” said Albert Cheung, head of research at BloombergNEF.

Although there may be diverging definitions of what sector coupling actually means, Gregory Kay from BloombergNEF believes it can be boiled down to simple terms. “As a quick definition, sector coupling really comes down to electrification” – both direct and indirect, he said:

By 2050, electricity demand in a country like the UK or Germany is expected to be “nearly double what it would be without sector coupling,” the report says. Overall, BloombergNEF estimates that the power system will require “some 75% more generating capacity” by 2050 compared to what would be needed without the additional sector coupling.

Those costs are expected to be balanced to some extent by synergies in other areas, for example when heat pumps are used to cool a data centre and the excess heat is delivered to a district heating network.

Still, the scale of the challenge for the power system appears massive, the report notes, saying the success of sector coupling will depend on the uptake of new sources of demand-side flexibility, such as “dynamic” electric vehicles that recharge their batteries when demand for power is lowest, and other “smart” heating systems or household equipment that can respond automatically to pricing signals.

The European Commission broadly agrees with this analysis. In its long-term climate scenarios for 2050, it said 53% of Europe’s energy consumption will have to be met by low-carbon electricity generated from renewables and nuclear by mid-century – up from around 22% currently.

However, it seems the Commissions has other assumptions than BloombergNEF, saying the share of electricity in the EU’s energy mix needs only to double by 2050 in order to meet the EU’s climate-neutrality goal.

In particular, the EU executive seems to assume a bigger role for low-carbon gases such as hydrogen or biomethane by 2050.

“Sector coupling is not just a matter of electrification but more importantly how the sectors can interact with each other” in order to contribute to a more efficient and cost-effective energy system, said Costas Stamatis, a policy officer at the Commission’s energy directorate, who spoke at the launch of the BloombergNEF report.

Earlier this week, the Commission announced the launch of an EU-wide Clean Hydrogen Alliance aimed at promoting home-grown production of clean gases in support of the bloc’s objective of becoming the first climate-neutral continent in the world by 2050.

For the Commission, combining the electricity and gas infrastructure is clearly the way to go. “A hybrid system based on two pillars, in our view, is more resilient and would really add to security of supply,” said Klaus-Dieter Borchardt, deputy director-general at the Commission’s energy department at a EURACTIV event last year.

The senior EU official cited in particular “the storage capacity” of the gas system as an example of the future value gas can provide in a low-carbon economy.

BloombergNEF does not deny that gas will also play a key role, saying sector coupling will require a bigger network with more interconnections to the gas grid in the way of electrolysers and power-to-gas facilities.

“As hydrogen is crucial to sector coupling, energy policymakers and regulators should seek to facilitate the increased crossover between the power and natural gas systems, and work to reduce technical and regulatory barriers to the injection of hydrogen into the gas grid,” the report says.

“There will still be a role to play for molecules,” Cheung said in reference to the gas network. However, he added it was still unclear what the gas mix will be by 2050, pointing to new low-carbon gases such as biogas, synthetic gases, green and blue hydrogen.

What is clear, he said, is that growing amounts of small-scale renewables and electric vehicles connected to the grid will make network management a growing issue, especially at the distribution level.

“You’re talking about a more complex and interconnected system” with more data exchanges that will be needed to manage the system efficiently, Cheung said. 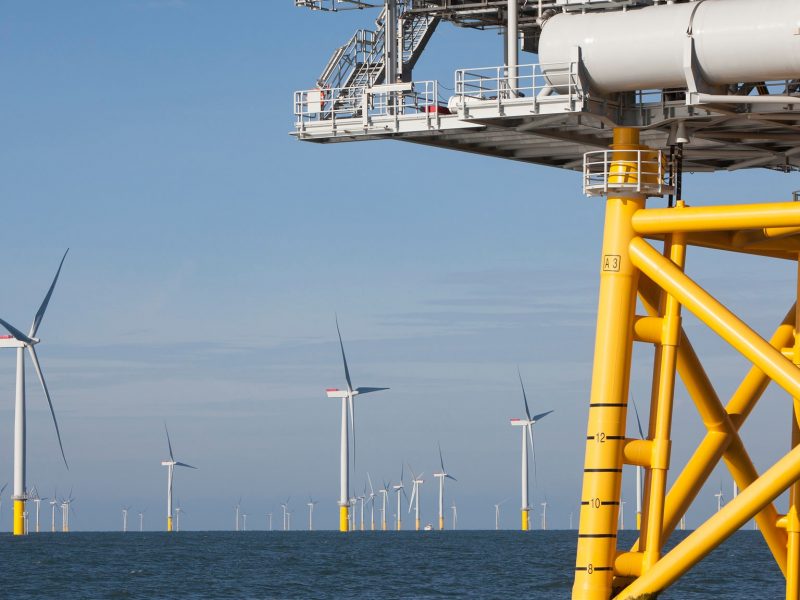 The relative importance of electricity and gas in the EU’s 2050 energy mix has been a subject of intense debate – and lobbying – in Brussels over the past months.

But despite those uncertainties, the Commission has high hopes that sector coupling will eventually enable deep emissions cuts in hard-to-abate sectors of the economy.

“By June, we will put forward a strategy on smart sector integration. Electrification will play a key role in ramping up the use of renewables and we need to explore new low-carbon fuels like hydrogen,” said the EU’s Energy Commissioner Kadri Simson.

The strategy will aim to enable deep emission cuts “in a way that is affordable for people and businesses” in sectors where decarbonisation is not straightforward, Simson said, citing industry, transport, heating and cooling, and agriculture.

And as the debate over sector coupling progresses, the EU executive seems to have a clearer idea of where it wants to go. This was explained by Paula Abreu Marques, a senior official at the Commission’s energy department, who spoke at a EURACTIV event on the subject last November.