This article is part of our special report Consumers, regulators and energy efficiency in buildings.

EXCLUSIVE/ The European Commission will likely revamp the reporting of national building renovation rates, bringing it under the future oversight framework of the EU’s flagship Energy Union strategy.

The executive has identified energy efficiency in buildings as a priority in delivering the twin goals of the plan to boost the EU’s resistance to energy shortages and fight climate change.

But there is increasing acceptance that the current framework for member states to report the state of their building stock simply isn’t robust enough to deliver results.

Widely accepted figures put the EU renovation rate of buildings at just 1%. But the true figure could be even less because there is no common standards of what constitutes renovation.

National governments currently must submit renovation plans to the Commission in the Energy Efficiency Directive, scheduled for a review in autumn, but there is a lack of common definition of renovation that calls the data received into question and makes it impossible to compare accurately.

euractiv.com has learnt that the Commission is considering incorporating renovation reporting into the governance framework of the Energy Union rather than the EED.

Plans for the oversight of Energy Union, in which the EU energy regulator ACER is expected to be given legal enforcement powers, are expected by the end of the year.

The Agency for the Cooperation of Energy Regulators (ACER) will be empowered to act as a pan-European supervisor, according to the latest draft of the EU’s plans for Energy Union.

“This will mainly be a question of streamlining and consolidating to make sure so that we have a good intelligence set of things to measure the progress building of the Energy Union,” said Peter Handley, Head of the European Commission’s Resource Efficiency unit.

“It will integrate the key things we need to know about renewables, energy efficiency and building infrastructure,” said Peter Handley, Head of the European Commission’s Resource Efficiency unit.

“The energy and climate governance initiative shall address mainly the fact that the reporting and planning obligations that exist under energy legislation are gathered together. It’s a stream lining exercise that will avoid double reporting,” added Radoš Horáček, team leader of the European Commission’s General Energy Efficiency Team.

Given the importance of buildings to delivering both energy security and EU and international climate goals, stakeholders are also pushing for a revamp of the system.

Thomas Boermans of climate consultancy Ecofys, said, “I think this is an important element needed for planning ahead. There is not a consistent picture which really tells you are we doing enough.

“There’s some way to go to make the reporting system robust. Under the national renovation plans in the Energy Efficiency Directive, different member states have different ways of describing different actions.”

“In one case the British renovation roadmap came out with higher points than the German one – are we in some kind of inverted reality here? That does not reflect reality,” she said at a debate organised by Renovate Europe.

Renovate Europe campaign director Adrian Joyce said, “I agree that the current reporting framework is not robust. At the moment there is a lot of bundling of reporting from member states. You find lots of sectors are bundled together when reporting on CO2 emissions, so being able to pick out in particular energy renovation is extremely difficult.”

“A restructuring of how those stats are gathered and asked for is extremely important.”

Will it have teeth?

A preliminary discussion paper for Energy Union oversight was circulated in July 2015.

After EURACTIV exclusively revealed the plans made no mention of punishment for wayward member states, the plan was criticised for lacking teeth.

Peter Handley of the European Commission this week refused to speculate on whether the new framework would have bite. 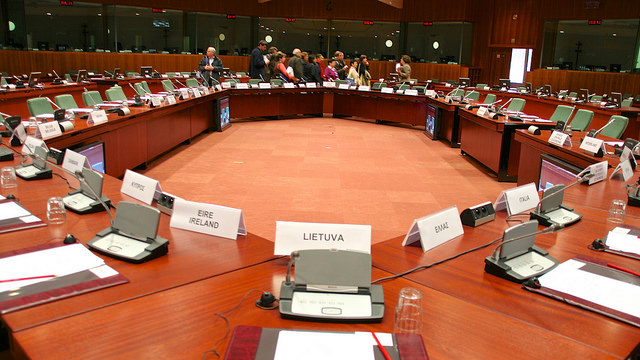 EXCLUSIVE / European Commission plans for an EU-wide energy governance system make no mention of punishment for any member state not reaching their climate and energy targets for 2030.

But the executive has promised to back up its energy efficiency legislation – which has been poorly implemented across the EU – with legal action.

Every single member state except Malta was hit with infringement proceedings – many of which continue to this day – for not transposing EU rules onto their national lawbooks.

Speaking at the opening conference of Sustainable Energy Week Climate Commissioner Miguel Arias Cañete said the executive would back up current legislation and its revised successors with tough enforcement.

Saving energy consumption in buildings will play a key part in Europe’s transition to a clean, secure and efficient energy system.