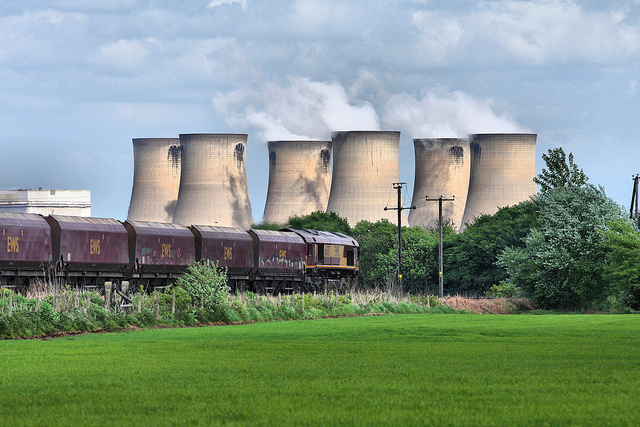 The European Commission’s overhaul of the EU electricity market will target national public support for renewables, while encouraging governments to pay energy companies in other member states for idle power stations.

Capacity mechanisms reward power companies – mainly gas and coal stations – for the amount of power they can produce, rather than by buying the energy they actually generate.

New legislation on capacity markets are part of the executive’s plan to create an EU-wide Energy Union, according to a paper leaked ahead of next week’s official launch of the project.

Supporters claim the model can prevent blackouts, enabling the surplus capacity to be brought online in case of a shortage or to cover consumption at peak time.

Opening up capacity mechanisms, already a reality in some member states such as the United Kingdom, to investment from other EU countries, will only exacerbate that, they argue.

The executive will write laws to make it possible for EU governments to buy capacity based in other member states, according to the communication, which is subject to change.

An Energy Union would allow energy to be shared more effectively across the EU, so that a surplus in one country could be used where there is a shortage, be it because of an unreliable supplier or any other reason.

Supply security is one of the central drivers behind the Energy Union. It gained political momentum after 2009, when Russia shut off gas supplies to the EU, causing shortages.

The Commission will legislate to fully open capacity mechanisms to cross-border investment as part of rules to manage the security of electricity supply, according to the draft.

The legislation will be part of a redesign of Europe’s electricity market. “A serious overhaul is needed in relation to state interventions in the market”, the paper said.

“Uncoordinated national policies” on capacity and renewables will be tackled by ambitious legislation, it added.

Member states “all over Europe” were increasingly turning to capacity markets “even when this is neither efficient nor cost-effective,” the draft continued.

Governments across Europe cut funding for renewables schemes after the financial crisis. Spain angered investors by making retrospective cuts in their subsidies to renewables.

But public subsidies and other national support has been successful in countries such as Denmark and Ireland.

“Our vision is of the Energy Union as “a sustainable, low carbon and environment-friendly economy,” the draft reads.

Environmentally harmful subsidies will be phased out altogether, the draft said. But capacity mechanisms are viewed by some as just that.

In July 2014, the Commission authorised the UK Capacity Market electricity generation scheme, deciding it was in line with EU state aid rules. It found the market would ensure energy supply security without distorting competition, backing the government intervention.

After the UK’s first capacity auction in December, £293m (nearly €400 million) was earmarked for old coal plants, according to British NGO Sandbag.

Oxfam’s climate policy adviser Kiri Hanks said at the time, “The days of burning dirty coal should be numbered but instead the UK government is giving two-thirds of the UK’s coal plants a public subsidy.”

Brian Ricketts, the Secretary General of the European Association for Coal and Lignite, told EURACTIV capacity mechanisms were a rational response to the increase in subsidised, must-run renewables and, if properly designed, should not be considered state aid.

“Fossil generation secures electricity supply when there is no wind or sun. Only if all options to provide reliable capacity are eligible – from new as well as from existing plants, from coal as well as from gas – will consumers get the best deal on security,” he said.

The German government, in contrast to the UK, has refused to pay capacity payments for fossil fuel plants, despite pressure from the country’s coal and gas industry.

Power plant operators are only interested in capacity payments so that they can “conserve surplus capacities at the cost of electricity consumers,” Germany’s Minister of Economic Affairs and Energy Sigmar Gabriel told Handelsblatt in January.

Reducing the cost for consumers is another goal of the Energy Union set out in the leaked paper.

The Energy Union’s ambition is to turn the EU into the most energy efficient economy in the world, the paper said. The Commission will revise the energy efficiency and performance of buildings directives. It will also push a financing initiative aimed at existing buildings, it said.

“A clear plan focusing on renewables and phasing out coal would cut carbon emissions, while maintain Europe’s competitiveness, generating jobs, and contributing to energy security.”

EU leaders in October committed by 2030 to reduce greenhouse gas emissions by at least 40%, and increase energy efficiency and renewables by at least 27%.

The Commission plans to legislate to achieve those gas emissions targets, according to the leaked paper. At the same time as the Energy Union launch, it will publish a strategy paper for December’s UN Climate Change Conference in Paris which aims to set a worldwide legally binding target for global warming.