Claude Turmes, co-author of the Parliament report on the governance of the Energy Union, decried the “lamentable attitude” of the right-wing parliamentary groups. [© European Union 2017 - Source : EP.]

Members of the European Parliament voted on Thursday (7 December) in favour of a new legally-binding framework designed to ensure EU countries follow a steady course towards meeting the bloc’s 2030 objectives on renewable energy and CO2 reduction.

The report on the governance of the Energy Union, by Green MEPs Claude Turmes and Michèle Rivasi, was adopted during an extraordinary joint session of European Parliament committees on energy (ITRE) and environment (ENVI), by 61 voices in favour, 46 against and 9 abstentions.

Lawmakers set a goal for Europe to become a net-zero carbon economy by 2050 and gave teeth to draft EU directives on renewable energy and energy efficiency with new legal mechanisms ensuring a regular review of the bloc’s ambition, in line with the Paris Agreement on climate change.

WindEurope, a trade group, hailed the Parliament committee support for beefed up national energy and climate plans. “We need these plans to tell the industry when and where member states want to see renewable energy deployment,” said Giles Dickson, CEO of WindEurope.

Once adopted, the draft regulation will be directly applicable in the legal framework of the 28 EU member states, giving the legislation considerable clout. EU countries have yet to vote on the draft EU law, meaning it could still be watered down.

Claude Turmes, the Luxembourgish MEP who co-authored the report, hailed the “clear majority” in Parliament which backed the “ambitious incorporation of the Paris Agreement into EU law”.

“This report fills the abysmal void left by the…decision to drop national binding targets on renewable energy,” Turmes said in reference to a proposed new directive, which sets an EU-wide objective of 27% renewables for 2030.

A plenary vote on the report will take place in January where it is expected to garner the support of the S&D (centre-left), ALDE (liberals), Greens and GUE/NGL (far-left). However, the centre-right EPP and conservative ECR groups mostly abstained or rejected the resolution, signalling a tense vote ahead.

“The difference is our vision,” said Angélique Delahaye, a French MEP who is EPP spokeswoman in the Parliament’s Environment Committee. “Nothing in the economy is linear,” she told EURACTIV.com, calling for an end to the “paperwork”.

In a statement before the vote, Delahaye pleaded for a “flexible approach” to meeting the EU’s energy and climate objectives “as opposed to the outdated inflexible planning proposed by the Greens”. The strides made by the renewable energy industry across Europe “are not the result of regulation, but of competition and well-designed incentive structures”, she argued.

Turmes for his part, decried the “lamentable attitude” of the EPP and ECR groups. “The very same people who declare themselves in favour of the Paris Agreement at home are undermining efforts in Brussels to achieve a European carbon budget consistent with mitigating climate change by the end of the century,” he said.

EU member states are expected to agree a common position on the governance regulation at the 18 December energy council meeting. 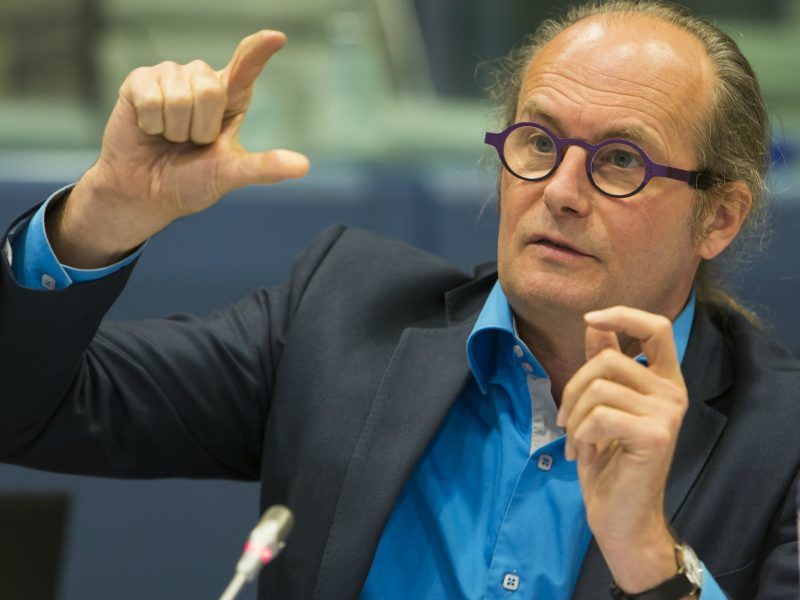 The association of European power utilities, Eurelectric, was broadly supportive of the Parliament motion, but said it favoured a more "flexible, cost-effective approach" to the governance of the Energy Union "allowing member states to adjust national policies and measures to their specific contexts".

"Applying a linear increase of renewable energy sources and energy efficiency would be a challenge to flexibility in this case,"said Kristian Ruby, secretary general of Eurelectric. "We therefore suggest a reference point approach to the trajectories as proposed by the Council."

Asked by EURACTIV to elaborate on its position regarding the proposed linear increase for renewables and energy efficiency, Eurelectric's Anna Dimitrova gave the following explanation: "First, it is a linear trajectory not factor. Linear implies constant increase and no room for adjustments as a result of unforeseen developments or specific national constraints and this is what we call flexibility. Thus, in our position we have favoured a corridor trajectory (a pathway)."

The Institutional Investors Group on Climate Change (IIGCC), a European forum of investors with over €21 trillion assets under management, hailed the vote by the two Parliament committees.

“We welcome specifically the approval of a net zero EU greenhouse gas emissions target by 2050, as well as the requirement on EU and Member States to develop climate plans for 2050, and to make sure their 2030 plans are consistent with those long-term strategies.

"We now look to the meeting of Energy Ministers at the Council on the 18 December, and call on them to match the European Parliament’s leadership on this vital issue.”