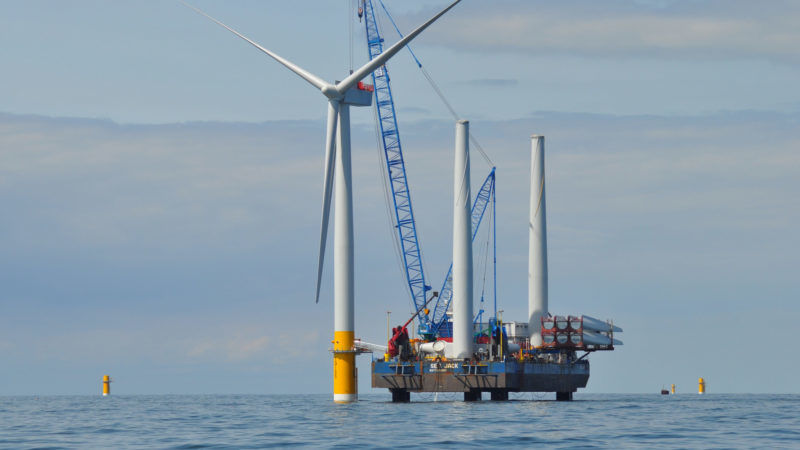 Britain’s green credentials were called into question on Friday (18 August) after the government announced it had completed the sale of the state-owned Green Investment Bank (GIB) to Australian investors Macquarie Group Limited.

The Edinburgh-based GIB, which will now change its name to the Green Investment Group, fetched £2.3bn (€2.5bn), returning the full public investment and set-up costs plus around £186m (€204m).

But critics were not convinced that this amounts to a good deal for British taxpayers, or that the bank will be able to continue its mission under the new ownership.

Founded in 2012 to speed up the UK’s transition away from fossil fuels, the GIB has made significant investments in renewable energy and green infrastructure, such as smart metres and low-carbon transport systems. The bank began making a profit in 2016 and its future returns were projected to consistently reach 10%.

Westminster argues that the bank needed to become private to give it the freedom to operate on an international level and have insisted that this will make it better placed to ensure the UK reaches its Paris Agreement climate targets.

“The government has sneakily flogged off the Green Investment Bank under cover of the Parliamentary recess,” Green MEP Molly Scott-Cato said on Friday. “This underhand move is deeply irresponsible and shows contempt towards tackling climate change, one of the biggest challenges the world faces.”

Early indications that the GIB’s new owners intend to restructure the bank’s assets and sell off some of its earliest investments have raised eyebrows, although the government insists it received assurances against asset stripping.

“The Macquarie Group, which will now operate the Green Investment Bank under a new guise, has a worrying and dubious track record of asset stripping and also has dismal environmental credentials,” Scott-Cato added.

Not on the right track

A study published by the UCL Energy Institute in March 2017 warned that Britain would miss its target of an 80% reduction in annual CO2 emissions by 2050 unless it cuts emissions faster than currently planned.

But for Liberal Democrat leader Vince Cable, Friday’s sale “does not inspire confidence”.

Cable, who was in the government when the GIB was founded in 2012, told the BBC the bank was doing good business and had “managed to attract over £10 billion (€11bn) of private investment […] that would not otherwise have happened”.

Over the last two-and-a-half decades Macquarie Group has invested billions of dollars in oil and gas exploration, as well as pipeline development and coal mining.

“This sale further jeopardises our chances of meeting our commitments under the Paris Agreement on climate change. It’s a disgraceful wasted opportunity,” Scott-Cato said.