At stake is whether EU laws requiring energy production to be separate from pipeline ownership should apply to Russia in the same way as Norway and other major gas exporters. [© Axel Schmidt / Nord Stream 2]

Discussions on the Nord Stream 2 pipeline project could be stretched to cover all imports of Russian gas to Europe, according to sources from the incoming Estonian Presidency of the EU.

Estonia will ask the EU’s 28 member states for a broad mandate to discuss all imports of gas from Russia, said an Estonian Presidency official who was briefing journalists in Brussels on Wednesday (28 June).

Poland, the Baltic states and including Denmark, argue that Nord Stream 2 would increase the EU’s dependence on Gazprom, the Russian gas monopoly which already supplies about a third of the bloc’s gas.

Earlier this month, the European Commission asked EU countries to give it a mandate to negotiate an agreement with Russia on the Nord Stream 2 project.

The offshore section of the pipeline lies outside the EU’s jurisdiction where the bloc’s single energy market rules won’t apply, the Commission argued, pushing the entire project into uncertain legal territory.

Now Estonia, which takes over the six-month rotating EU Presidency from Malta on 1 July, says the issue can be resolved if Russian gas imports are addressed in a wider context.

But for that, it needs a broader negotiating mandate for the European Commission.

At stake is whether EU laws requiring energy production to be separate from pipeline ownership should apply to Russia in the same way as Norway and other major gas exporters, who apply EU rules.

“We trade gas with many countries, including Norway and the energy community countries. And we require them to fully implement the third energy package,” the Estonian source remarked, referring to so-called “unbundling” rules requiring energy production and transmission assets to be owned by different legal entities.

Entering negotiations with Russia on Nord Stream 2 with a different set of rules would be “very difficult to explain to the world,” the Estonian source pointed out. “So lowering the bar in that context would seem very awkward,” he added.

Considering Nord Stream 1 and 2 jointly “is possible” the official stressed. “We only need to figure where the member states stand.”

The first in-depth discussions will take place during a Council working group meeting on 25 July, the Estonian Presidency source indicated. 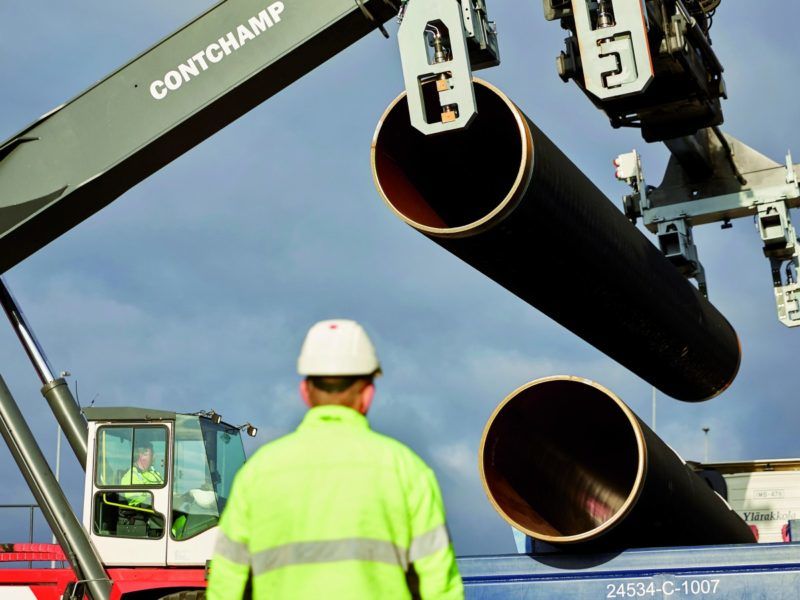