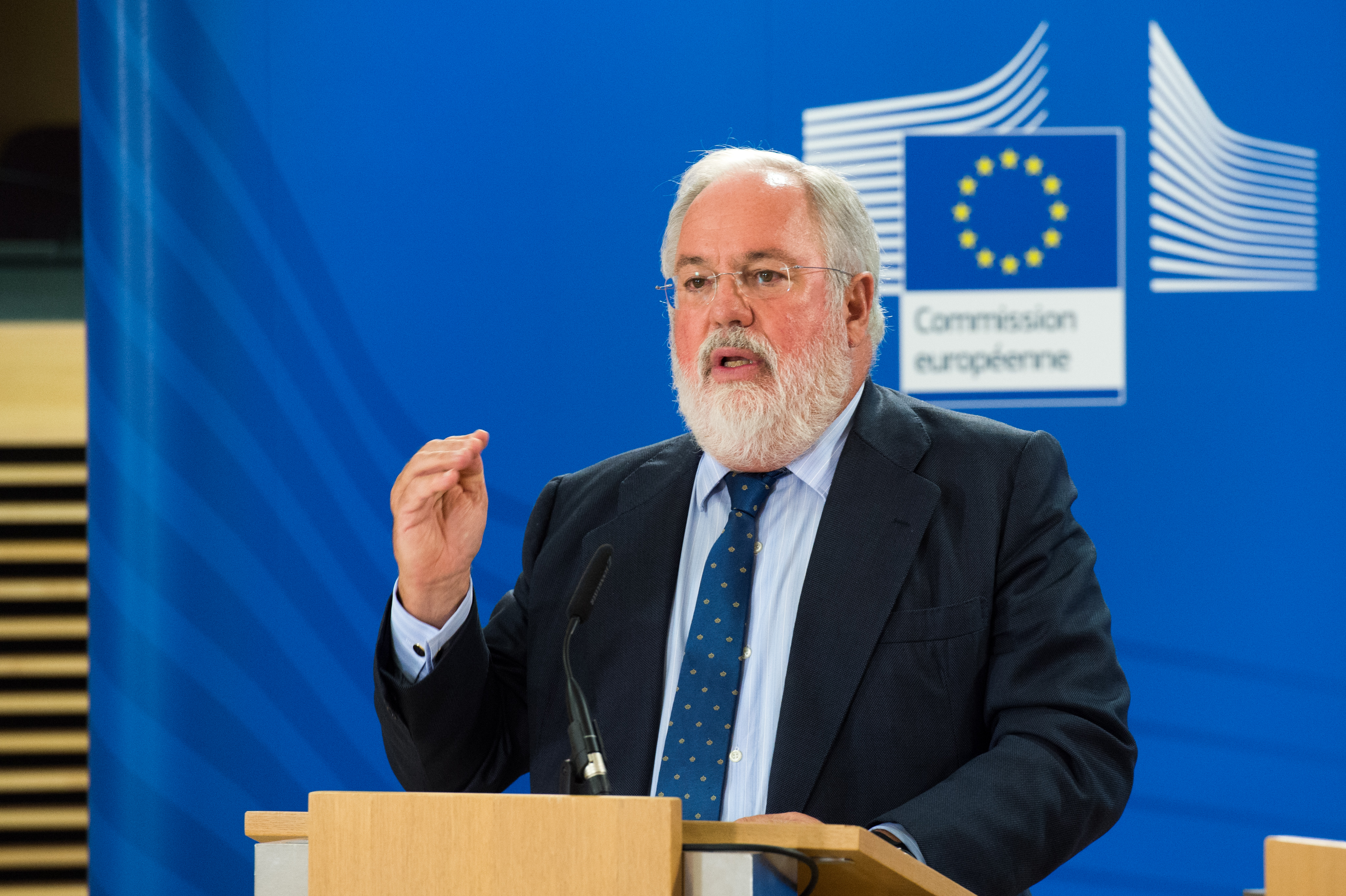 The EU warned today (20 August) that the window of opportunity for December’s United Nations Climate Change Conference was closing fast, urging the 140+ countries that have not yet made public their contributions to do so, naming some of the major players.

Climate Action and Energy Commissioner Miguel Arias Cañete met the Brussels press today, just over 100 days before the conference, also known as COP21, which will convene in Paris, between 30 November to 11 December.

Cañete said that this conference would be “a historic milestone”, a “unique opportunity to accelerate the shift to a low-carbon climate-resilient global economy”.

“But the window of opportunity to meet to meet our target of keeping the global temperature rise below 2 degrees is closing fast,” he said, echoing UN climate chief Cristiana Figueres’ warning last week that countries may not be able to limit warming to below 2 degree Celsius, above pre-industrial levels.

Cañete said there were only 10 negotiating days left until the Paris meeting, referring to the August and October UN negotiating session where the many outstanding issues remain to be discussed. Technical negotiations must go faster, more countries should come forward with ambitions contributions, and more importantly, the key elements for a success in Paris must be defined, he said.

COP21 is also on the agenda of major upcoming meetings such as the UN General Assembly in September, the World Bank and the IMF meeting in October, and the G20 gathering in November. But in the negotiating rooms, progress has been painfully slow, the Commissioner warned, explaining that the technical talks were eclipsing the political discussion. “This must change,” he said.

On 26 July, the co-chairs guiding the UN negotiations presented an improved text as a basis of negotiations for the August session. Cañete described it as better structured, with the draft agreement being separated from a set of more technical accompanying draft decisions. But he said that the 80-page text was still “far too long”, with all options put forward by countries earlier this year still on the table.

“This will have to be negotiated. We still have a lot of work ahead of us,” he said.

The EU was the first major economy to submit its contribution, Cañete said, referring to the document proposing a binding emission reducing target of at least 40% by 2030 compared to 1990 levels. This is the most ambitious contribution presented up to now, he added.

According to the Commissioner, the good news is that after a slow start, so far 56 countries have submitted their Intended Nationally Determined Contributions (INDCs), representing 61% of global emissions. But the bad news, he said, was that this number was only about a quarter of all UN member states, and that key countries such as Argentina, Brazil, India, Indonesia, Saudi Arabia, South Africa and Turkey, should submit their contributions “without delay”.

This is why the European Commission and Morocco, the next Presidency of the climate negotiations, will host an international forum on 12-13 October in Rabat, Cañete explained. The goal will be to exchange views on the aggregate effort of the contributions before Paris, and to discuss what needs to be done to stay on track with the 2-degrees objective.

Paris needs to send a credible signal to the world that governments are serious about climate change, Cañete argued. He said that the main elements to call Paris a success are, first, a high level of climate change mitigation ambition, for which he said all big emitters needed to be on board.

Second, Cañete said, a dynamic review was needed, which would take place every five years according to scientific criteria, and third, a long-term goal. Cañete explained that it is important to know “the destination of travel”, by including a long-term target to reduce global emissions by at least 60% by 2050 compared to 2010, and full decarbonisation of the economy in 2100.

The fourth prerequisite are transparency and accountability rules. “We have to be sure that deal in Paris will be about actions rather than words. National targets must be backed by multilateral rules on transparency and accountability. It is no secret that the USA and a number of countries are reluctant to agree to some form of binding deal. It’s up to these countries to demonstrate a convincing alternative that gives the necessary long-term signal that citizens, markets and decision-makers need,” Cañete said.

Asked about disagreements inside the EU itself, with Poland as an example, arguing that ambitious climate targets are detrimental to the Union’s economy, Cañete said that the October EU Summit would reach an agreement in which the concerns of certain countries would be addressed. Cañete also remarked that he was optimistic that the Environment Council on 18 September would adopt Council conclusions to steer the climate negotiations.

Asked about the complexity of an international negotiation with more than 190 countries, Cañete stated: “You have to build all kind of alliances. For each topic, there is a different alliance. We are playing different chess games at the same time, and with different strategies”.

“But the objective is very clear – Paris must be the tool to fight global warming for the century”, he concluded.